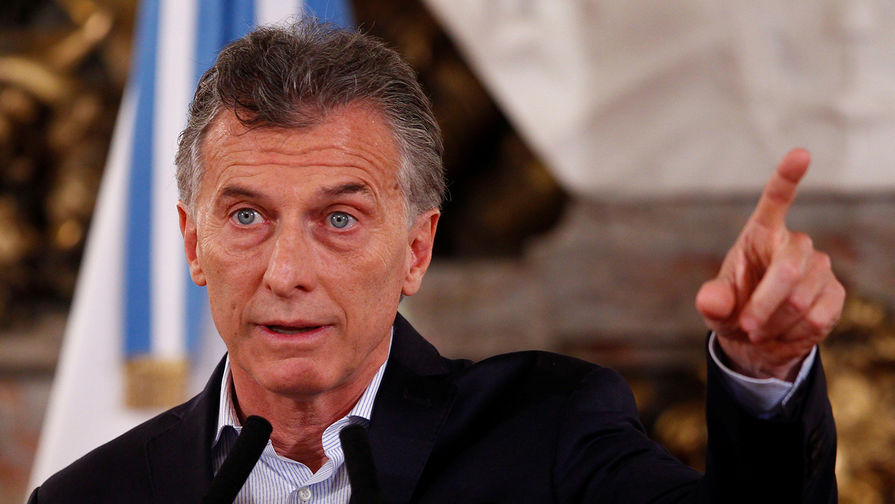 The current President of Argentina Mauricio Macri was defeated in the elections and has congratulated with the victory of his rival Alberto Fernandez. He also invited his successor in his official residence, to begin the referral process. After treatment 95% of the ballots Macri scored just over 40% of the votes, which is 7% lower than that of Fernandez. Argentina is now faced with a serious economic crisis, which the opposition calls “makesis”.

Defeated in the presidential election, the head of Argentina Mauricio Macri congratulated his opponent Alberto Fernandez with a victory. As the channel El Trece, the elected President has invited to the Breakfast at the official residence of the head of state of the Casa Rosada.

“I want to congratulate the elected President, Alberto Fernandez, he won a great victory. I invited him to a Breakfast to start the transition process,” said Macri.

The gap between the two candidates was not large — only 7% of the votes, as it turned out after counting 95% of the ballots. Macri received 40,65%, and in support of Fernandez spoke 47,85% of the voters.

Lose Makri is due to serious economic problems in the country. The situation in Argentina even received a special designation — “makesis”. Voters are strongly concerned about the issues of their welfare — inflation rate reached almost 55%, from one to three million citizens of the 40 million people of Argentina are malnourished. The national currency of peso has depreciated, and then Argentine Finance Minister Nicolas Duchovny decided to retire. Official sent to President Mauricio Macri letter with the corresponding request.

“I am convinced that, in the circumstances, the government over which you preside, in need of significant upgrading in the economic sphere,” said Duchovny, adding that he had the honour to perform their duties in the government under the current President.

In late September, activists took to the streets of Buenos Aires, urging the authorities to declare a state of emergency due to the spread in the country hunger and poverty.

The chamber of deputies of Argentina has recognized the severity of the economic crisis, approving a bill on emergency food aid. The Senate also supported this law. The money should go, first and foremost, in the nutrition of children under 14 years, pregnant women, the disabled and the elderly living in poverty. These measures will be in effect until 2022. In particular, a 50% increase in state funding for school and public cafeterias.

The winner of the presidential election, Alberto Fernandez is well-known to voters. When the predecessors of Makri he led the Cabinet.

“The plan [Fernandez] was to combine the Peronism — the dominant political movement of Argentina, which have traditionally focused on the working class, not business owners, but which in recent years has been fragmented,” writes the English edition of the Buenos Aires Times.

Forbes previously reported that Fernandez is not a classic Peronist and centrist, applying radical ideas in the struggle for electoral sympathy.

Mauricio Macri led the country in 2015. He is the former mayor of Buenos Aires and former President of football club Boca juniors, where he played the legendary forward Diego Maradona. Before the presidential election, the policy was estimated at $5.5 million.

Macri, a longtime friend of U.S. President Donald trump, a while they were even business partners. After coming to power, Macri promised to improve the state of the Argentine economy, which already was in serious condition. He also resumed contacts with the country’s International monetary Fund (IMF), but it didn’t help.

The IMF announced the allocation of Argentina’s $50 billion in June 2018 under the credit line stand-by program (SBA). Help designed for three years. The goal of allocation is to stabilize the peso and to maintain the government started the reform.

“One of the key causes of the crisis in Argentina — the economy’s dependence on exports of raw materials (soybeans) and the government to adopt populist measures. Trying in such circumstances, to extinguish the crisis, currency intervention, officials in the result just spent reserves. The IMF — political international organization, which often provides loans with order to gain influence on the internal processes in the country”, — said earlier “Газете.Ru” the analyst of “ALOR” Alexei Antonov.