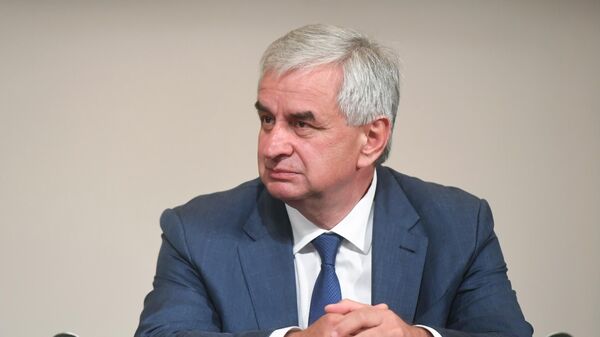 The President of Abkhazia Raul Khajimba on Monday asserted a new structure of the Cabinet, and signed ukazu on appointments of Ministers.

After the inauguration the President sent the government in resignation. The Prime Minister he was again appointed Valery Bganba. He presented to the President proposals on the structure and composition of the Cabinet.

While three Ministers retained their posts in the new government. So, the Minister of defence remained Mirab Kishmaria, the Minister of foreign Affairs – Daur Cove, and the Ministry of internal Affairs will continue to lead Harry Arshba.

In addition, retained their posts of first Deputy Prime Minister Daur Arshba, who headed the election headquarters Khadzhimba during the presidential election, and the chief of staff of the Cabinet David Sanguliya.