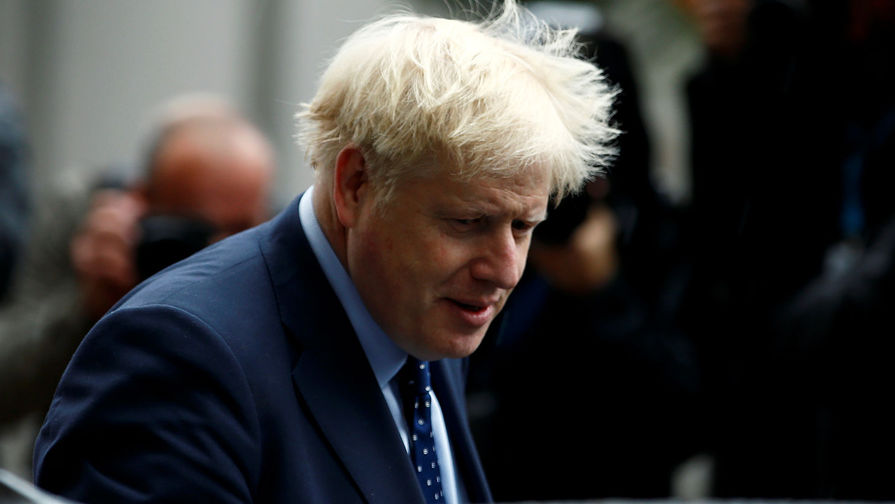 The British house of Commons rejected the proposal by Boris Johnson to hold early elections on 12 December. The initiative was supported by 299 MPs voted against it and 70. But the necessary two-thirds vote of the Prime Minister has not gained its due to the fact that the labour party abstained from voting. What are the options left at Johnson to withdraw from the EU — in the material “Газеты.Ru”.

The British Parliament once again caused the Prime Minister to Boris Johnson’s crushing defeat. Today was the vote for the early elections on 12 December, which sought policies to somehow Brexit move from a dead point. For this he needed a two-thirds (434), but the Prime Minister was supported only by 299 deputies.

However, Johnson does not intend to surrender. After counting he said he will introduce a short bill about the holding of elections for the adoption of which will require a simple majority.

“We will not allow this paralysis to continue. Tonight we will send a notification introducing a short bill about the holding of the elections on 12 December to carry out Brexit. This Parliament can no longer hold the country hostage… Need to replace this non-functioning Parliament, a Parliament which will carry out Brexit” — said the politician.

Technically Johnson has won the victory: “against” voted 70 deputies. However, due to the fact that the opposition labour party abstained from voting, he did not have enough votes.

The leader of the labour party Jeremy Corbyn has long called for early elections. However, he demanded that Johnson has ruled out the option of leaving the EU without a deal. British media reported that before today’s meeting of the house of Commons the labour party decided to abstain, in order to sabotage the vote.

However, the cause of action of the main opposition party lies not only in the failure of Prime Minister conditions put forward by them. In case of early elections the chances of the labour party and their calls for dissolution of Parliament — not that other as a deceit.

According to YouGov, the conservatives rating is 37%, while the party Corbin has only 22%. In third place is the liberal Democrats (19%), then the party Brexit (11%) and, finally, the Green party (7%). The results of the September poll, ComRes, the rating of the conservatives depends on whether Johnson, his promise to avoid a new delay.

Approximately the same picture is demonstrated by surveys conducted by the service DeltaPoll in October. The conservatives can count on 37% support, labour on 24%.

These data show that the labour party may lose about 10% of the seats in the house of Commons. Currently, the party is a 243 seats (out of 650) in the Parliament, but early elections they risk losing 24 seats.

“The polls say that the election win of the Conservative party. The question is whether it is able to obtain an absolute majority or it would be restricted to a relative majority. Therefore, as we have seen, surveys of public opinion indicate that the opposition in the face of the labour party these great early elections will bring no benefits, so they are not particularly eager to hold them in the near future, — noted in conversation with “Газетой.Ru” the Director of the Center European information Nikolai Topornin. — It turns out that the party Brexit Nigel Farage 11%. This, even a little, but the mandates they have and maybe that in sum with the Conservative party they this amount will be enough for most. Already planned some kind of Alliance in these elections, so that the prospect of Johnson is, he’s more interested in elections than the labour party”.

If the vote is still held under the simplified procedure, as Johnson wants, then, with high probability, he will win the elections. In the circumstances this is the only scenario able to restart the political situation in the UK. Now in Parliament there is simply no majority which would promote any position on Brexit.

“Still, the country is split into two parts. Two camps are, they are just about identical. The labour party represent the interests of the second camp, that is, the side that doesn’t want to leave the EU, so they slow down and realize that if they fail to brake fully, then at least they will accept some kind of agreement that minimizes the loss, which, in their opinion, bear country anyway. In parallel, they want to extract political dividend to annoy conservatives and some benefit for themselves to” — explains Topornin.

Meanwhile, the European Union gave London this is the third in a row postponement of Brexit.

“The EU27 decided to agree to the request of Britain to provide flexible respite Brexit until 31 January 2020. The procedure will be in writing,” wrote European Council President Donald Tusk.

This means that the United Kingdom could withdraw from the EU sooner than that, if the house of Commons finally ratified the agreement.

The patience of European officials to be envied. When Boris Johnson was made from Brussels amending the agreement, European Commission President Jean-Claude Juncker said he sees no point in the new delay. Indeed, the EU softened its position and agreed to a compromise in the issue of coexistence of Ireland and Northern Ireland after Brexit — it demanded that the deputies of the house of Commons and from Theresa may, and Boris Johnson.

However, the British Parliament is in no hurry to exit. October 19, deputies have approved the amendment, which obliges to pass a bill ratifying the new agreement. Thus, they have left the Prime Minister no choice but to ask the EU about the new delay.

A few days later the house of Commons in the second reading approved the agreement that was perhaps the main achievement of Johnson today. After several minutes, the deputies voted against the accelerated Brexit, which gave the deputies three days for consideration of the agreement instead of 21.

Boris Johnson today could not restrain himself from the accusations against the deputies. The house of Commons, in his words, “made inevitable that the people of this country will be arrested in the EU against their will for at least three months.”

The Prime Minister shared that moment, when the Parliament adopted the agreement was “painful” and made him think that “the house of Commons will do the sensible thing”, until they “throw the accelerated schedule.”

So the Parliament destroyed the main purpose of Johnson’s exit from the EU on 31 October with a deal or without it. The Prime Minister decided to go to the cardinal method — to hold early elections.

It was the prospect of early elections has given London a new delay. About your decision in Brussels was to announce on Friday, but the EU delayed the response. According to the British Express, October 25, the President of France Emmanuel macron has opposed another delay. That the French leader will take a more assertive stance in this matter than his colleagues, reported previously, many foreign publications.

Donald Tusk spent the weekend trying to convince all European leaders to provide a new extension and he did it. In Europe, no longer see the point in another deadline — the British Parliament is paralyzed. The only one who has a clear stance and convey it to Brussels, is Boris Johnson, who continues to believe that a new postponement of London is not necessary.

Only a special election could become a factor that changed the situation, as demanded by the EU and, especially, France to provide a new delay.

“If there are new elections, if a new referendum if there are political changes which force us to think that we can have different dialogue than the one we have now, we can discuss the request to extend”, — said the state Secretary for European Affairs at MFA of France Amelie de Montchanin.

In fact, Boris Johnson, to put before Parliament the issue of early elections, has given the EU reason for the new delay. Now he will have to compete for the elections.