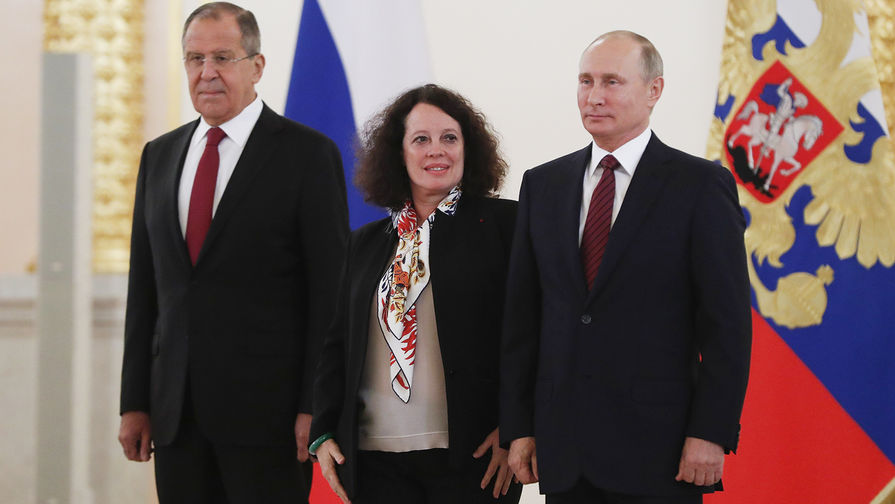 The window of opportunity for enhancing dialogue with Russia may soon be closed, if France does not seize the chance. This was stated by the French Ambassador in Moscow, Sylvie Berman. According to her, the situation in which Russia has more contacts with NATO than with the EU, “fundamentally wrong”.

Paris should not miss the chance to improve relations with Moscow, but the window of opportunity may close. This was stated by the Ambassador of France in Russia Sylvie Berman, reports owned by Grigory Berezkin RBC.

The situation when the Russian Federation has more contacts with NATO than with the EU “is fundamentally wrong,” the diplomat said. The understanding between Moscow and the EU should be improved.

In particular, said Berman, the improvement of relations possible with the help to consolidate progress on the Minsk agreement — termination of the war in Donbas and withdrawal of anti-Russian sanctions.

The President of France Emmanuel macron has also previously supported the “development of dialogue with Russia”, speaking to French diplomats. In August 2019, he said that Paris needs to rebuild relations with Moscow. The French leader noted that the era of Western dominance in the world came to an end. According to him, the new circumstances demand from France of flexibility in foreign policy.

“We see the end of Western hegemony in the world. Circumstances change,” said macron, stressing the importance of Russia to the world. During a joint press conference with his Russian counterpart Vladimir Putin, the President of the Fifth Republic quoted novel of the great Russian writer Fyodor Dostoyevsky “the Adolescent”.

“Russians have such a feature in relation to other European Nations. Russian is the most Russian when he was the most European”. It is necessary to Russian citizens merged with the European world,” said macron.

During the press conference, the French President also recalled the Russian writers other years: Vladimir Nabokov, Ivan Turgenev and Alexander Solzhenitsyn, who lived in the country.

In the same month, the President of France noted the progress in cooperation with Russia on issues of politics and Economics.

“Russia is a deeply European country. We believe in a Europe stretching from Lisbon to Vladivostok. There has been progress on many political or economic issues, because we work for the development of Franco-Russian relations,” he said in his Facebook.

The French press also regularly performs for the improvement of the dialogue with Russia on a constructive basis. In August, the influential newspaper Le Figaro called “stop looking at Russia through the eyes of disillusioned inhabitant of the West.” In exchange for concessions in these countries, the EU could offer to the Russian side the long-term economic development.

The sanctions imposed by the EU in 2014 due to the reunification of the Crimea with Russia, the harm and the countries of the West, said earlier the German experts. Monthly trading loss of approximately $4 billion, and Germany loses 38% of this amount, $667 million a month. Russia is only slightly more than 50% of the total loss. The French company also failed to compensate for losses due to Western sanctions against Russia, even at the expense of increasing exports to other countries.

In late June, Prime Minister of France Edward Philip said that the European Union allows for the cancellation of anti-Russian sanctions. According to him, the sanctions are temporary and can be cancelled at any time. The French Prime Minister stressed that

both France and Russia know what restrictions were imposed, and it should serve as a pretext for “diversification” of relations between the two States.

In late July, Russia’s permanent representative to the EU Vladimir Chizhov called the conditions of improving relations with Europe. “The EU needs to accumulate a critical mass of political will. This plan is about the attitude of a particular member country in terms of cooperation with Russia”, — said the diplomat.

Now the relationship of the parties “far from normal”, many projects have been frozen, suspended, and also the cooperation between the parliaments of the countries. However, no one knows exactly when time will improve the situation.

There is no escape from the fact, Chizhov added that Russia and Europe are United by numerous economic and cultural ties.

What, exactly, is ‘American exceptionalism’?