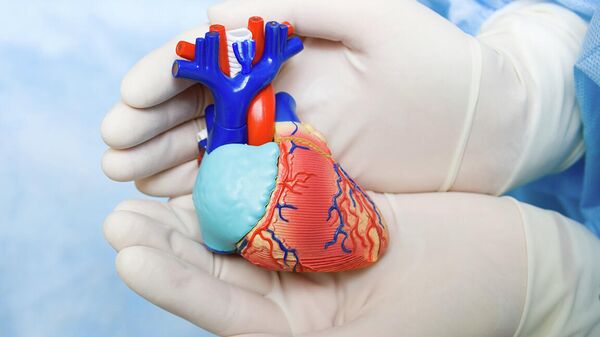 Alfia Enikeeva. Shortly after the heart stops the cells use the oxygen. The first destroyed the most sensitive to hypoxia neurons. Longer only a few elements of connective tissue and corneal almost three days. However, scientists with the help of special devices has significantly increased this time. Now the individual tissues and organs can live after death of the body for almost a month.

In April 2019 neuroscientists from Yale University (USA) for 36 hours was supported in a living state the brain of the pig, separated from the body. They have developed a system pumps heated BrainEx protecting isolated brain from rapid destruction, a solution for its food and a special surgical procedure to remove the liquid.

Thus, scientists were able to revive the brains of hundreds of animals received on average four hours after their death. In reanimated bodies revealed billions of living healthy nerve cells, although their safety in different departments differed. The greatest damage was observed in the hippocampus, are particularly sensitive to lack of oxygen and the tissues through which passed a solution.

In addition, despite preservation of the anatomical and cell structures, restoration of function of glia, the electrical activity, the researchers did not record. So, consciousness is not the brain and can be considered alive.

According to the authors, their technology is important for the study of brain functions and search methods of recovery after he pulled the plug — for example myocardial infarction or stroke. Also revived in the laboratory of the brain can be experienced a cure for cancer or Alzheimer’s disease.

Life outside the body

Six months later, scientists from the Institute of physical and chemical research RIKEN (Japan) said that were able to support life in an isolated brain tissue of dead mice for 25 days. It was on the part of the suprachiasmatic nucleus — the main generator of circadian rhythms.

The activity of the neurons varies throughout the day, adapting to external light signals. Biologists have created genetically modified mice in which the activity was actually visible to the naked eye, the biorhythms in the brain of rodents has been associated with the production of a fluorescent protein. Then the animals were killed and samples of their nervous tissue was placed in culture medium. 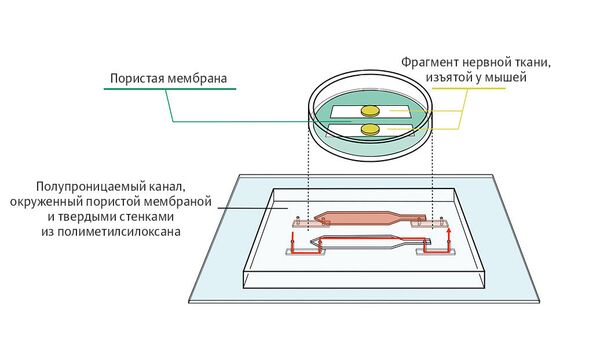 A Petri dish with slices of suprachiasmatic nucleus inserted in a special microfluidic device. It consisted of a semi-permeable tiny channel surrounded by a porous membrane and solid walls made of polymethylsiloxane — organosilicone polymer. It circulates the nutrient solution that delivers essential nutrients to nervous tissue. In a Petri dish the liquid is also passed through a porous membrane to maintain a certain level of humidity and provide efficient gas exchange between the cells.

Fluorescence of brain tissue was observed within 25 days. The control sample in the Cup with the usual nutrient medium, have ceased to glow (i.e., cell activity stopped) in ten hours. According to the authors, they have developed method can be used to store the internal organs intended for transplantation.

The heart beats not in chest

Lungs, liver and even the heart can live and function outside the human body for eight hours thanks to the device Organ Care System, invented by American engineers. It consists of a sterile chamber and a pipe system on which is delivered on the blood and nutrients.

A heart for transplant, usually taken from a donor’s bloodstream, so when it beats. In this case, the person who recorded the death of the brain is usually connected to life support systems — artificial ventilation of lungs and the circulatory system. In some cases, the heart and the lungs kept outside the body at four degrees Celsius for no more than four hours. But then the smaller the chances that the donor organ will work.

The device created by U.S. scientists has increased this period, and the heart is actually alive to transplant patients. In the experiment, the surgeons removed the organ from the donor within two minutes after stopping it and for the next 20 minutes, connected it to the Organ Care System. Three transplantation of donor hearts was performed during the test was successful.

In some cases, not even Organ Care System, and sustain life in virtually a dead person has as long as possible. We are talking about brain death in pregnant women. In the body of the mother connected to life support systems, the child has a chance to be born and survive. Outside the body is impossible.

For the longest time on a ventilator and circulatory system lasted 21-year-old Brazilian. Writes Globo, at the time of death she was at the ninth week of pregnancy. The ultrasound showed that the hearts of two embryos in her womb continue to fight. The doctors decided to save the children. As a result, in February 2017, after 123 days after the death of his mother, was born the boy and girl weighing 1.36 kg and 1.27 kg, respectively.

In 2019, a similar story occurred in the clinic of Masaryk University in Brno (Czech Republic). Doctors during the 117 days that have sustained life in the body of a 27-year-old woman who died of a stroke. In August through Caesarian to light a five-pound perfectly healthy baby girl.

At the moment there are only about 50 children whose intrauterine development occurred in the body of the deceased mother. The cost of one pregnancy, according to various estimates, ranges from one hundred to two hundred thousand dollars.