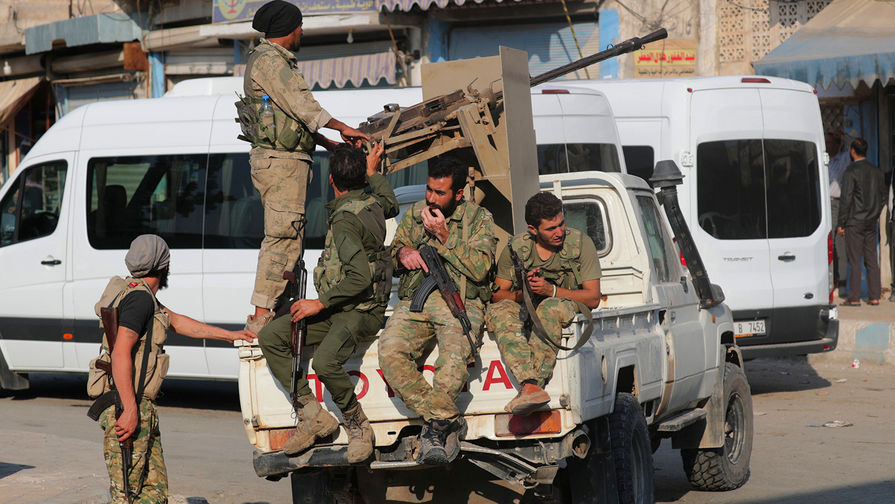 Turkey has concluded a separate agreement on Syria with Russia and the United States. According to Ankara, they do not contradict each other. What is the difference between the arrangement of Recep Tayyip Erdogan to Moscow and Washington and that in the end is waiting for Bashar al-Assad, to understand “Газета.Ru”.

Agreement between Ankara and Washington and Moscow to resolve the crisis in the North of Syria are not alternatives, said the Ambassador of Turkey in Russia Mehmet Samsar.

“If we look at our cooperation with Russia and the agreement with the United States complement each other,”

Ankara launched a military operation against the Kurds, which considers terrorists and militants grouping “Islamic state” (IG banned in Russia) in the North of Syria in early October. Turkey’s actions caused a wide resonance in the world, various world leaders have called for the end of the campaign. The situation was stabilized after Turkey signed agreements — first with the United States, and then and Russia.

Agreement with Moscow and Washington: the main differences

The Memorandum of Moscow and Ankara on mutual understanding on Syria can be considered a continuation of the agreements Turkey and the United States. Key provisions of the Russian-Turkish document, the release of Kurdish forces from the territory of the Turkish operations, the deployment of Russian military police and Syrian border guards on the border of Turkey and Syria, as well as Turkish-Russian patrols in the area of operation of Ankara.

USA and Russia have worked if not together, then in parallel in one direction when it came to the escalation of the conflict,

says “Газете.Ru” sector head, political-military analysis, IMEMO ran Sergey Oznobishchev. “[President Donald] trump is portraying it with his tongue, but in General, a specific result was achieved. It can not but rejoice” — the expert believes.

The agreement between Washington and Turkey contain a number of similar principles, in particular, it also governed the withdrawal of the Kurds from North Syria. The main aspect of the agreement was the ceasefire, which began operating in the district.

However, agreements there are some differences: if Washington gave the Kurds 120 hours, so they left the area of operation Turkey, Moscow and Ankara have agreed on the withdrawal of units for 150 hours, which will be supervised by Russian and Turkish troops.

It should be noted that the agreement Turkey and the United States has led to the suspension of military operations and after the conclusion of the Memorandum with Moscow it has been completed.

The main difference between the agreements is the territorial aspect. The US promised to guarantee the departure of the Kurds from across the Syrian-Turkish border, more than 400 km would pass the Turkey. The agreement with Russia provides only 100 km away, and control goes to the Syrian border. The agreement between the USA and Turkey did not provide for the participation of Damascus to protect the borders of his own territories.

In the Memorandum of Moscow and Ankara, clearly stated line of commitment to the territorial integrity of Syria that do not support US.

Washington’s position comes from the message about the illegitimacy of the government of Syrian President Bashar al-Assad. In turn, Russia supported the leader of Syria.

“The presence of Turkey and its incursion is a violation of international law, if everyone will form a security zone, the world will simply collapse. Syria had agreed to it (the conditions of Russia and Turkey), because there’s no other way”, — said Oznobishchev. In his opinion, the Memorandum is a temporary solution, but any peace is better than war.

The agreement between Russia and Turkey in the first place, it is advantageous to Damascus, who regained control of their territories, previously, this part of the land held by the Kurds.

However, the Turkish leader Recep Tayyip Erdogan has said that Turkey can resume its operation if the Kurdish parties will violate the agreement.

150 hours obtained by the Kurds to leave the “safe zone” on the Turkish-Syrian border, expires 29 Oct. Turkey “clean out the terrorists” in the area, underlined Erdogan.

Yet the Russian-Turkish Memorandum is executed in full volume, as observed by the representatives of both parties. In particular, in the area of the Turkish operation continues to operate the ceasefire. In this case, after the conclusion of the agreement between Turkey and the US, he was broken in a day.

The Kurds prematurely left the area of the Turkish operations, as well as stated willingness to negotiate with Damascus for management in the area. Past discussion of these issues yielded no results, as the Syrian authorities do not recognize the Kurdish administration in the North of the country and does not guarantee them a status of autonomy, which is their main requirement.

“Now we need to work on expanding the peace process all together, efforts should be made to resolve the crisis,” summarizes Oznobishchev.