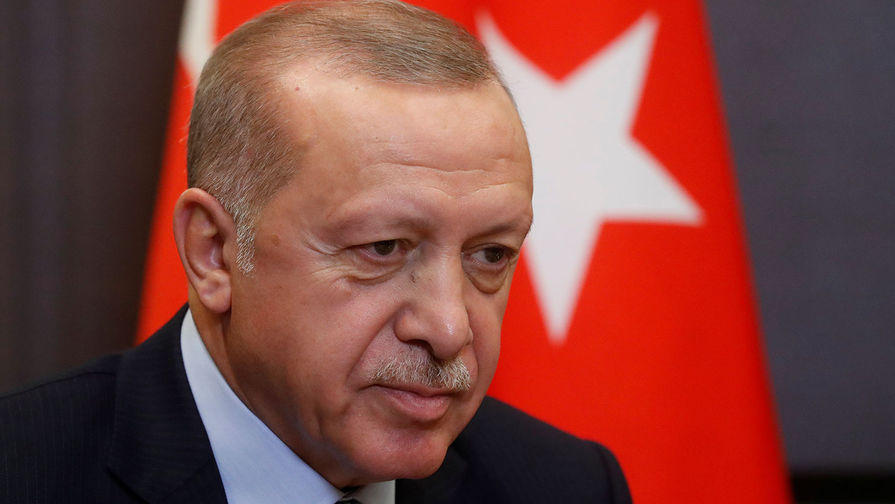 The house of representatives, the US Congress recognized the Armenian genocide. Turkey called the decision of the legislators to shame and caused us Ambassador. As the resolution of Congress will affect the relations between Ankara and Washington, to understand “Газета.Ru”.

The house of representatives almost unanimously passed a resolution for the recognition of the Armenian genocide. The document was supported 405 congressmen, opposed by only 11.

According to the resolution, harassment and persecution of the Armenian people in the Ottoman Empire in the late XIX — early XX centuries, which in 1915 killed more than 1.5 million people recognized as genocide.

However, the top leadership of the U.S. systematically avoids use of the term “genocide” about events in the Ottoman Empire. This question is traditionally defined geopolitics — Washington does not want to go to the deterioration of relations with Turkey, their NATO ally.

Adopted in the house of representatives document formally indicates that the United States recognized the genocide. This resolution does not require approval of the Senate or the President of the United States and takes effect immediately.

The consensus of opponents

The initiative on recognition of the Armenian genocide in the house of representatives demonstrated the peculiar unity of the legislators. The document was supported not only members of the Democratic party, whose majority in the lower house of Congress, but a number of influential Republicans.

The resolution was supported by the Chairman of the foreign Affairs Committee Democrat Eliot Engel, Republican minority leader of the Committee Michael mccaul, as well as Republican Congressman Devin Nunez and his colleague, Democrat Adam Schiff, politics are implacable opponents and often can’t come to agreement on other issues.

Lobbying initiatives were engaged in the Armenian national Committee of America (ANCA) and “the Armenian Assembly of America” is representing the interests of Armenian-Americans. They are also joined Jewish organizations — the American Jewish Committee and the anti-defamation League.

The purpose of these groups, according to their representatives, was to obtain the highest possible number of votes on a resolution on the recognition of the Armenian genocide. Despite the fact that the adoption of the document required only a majority, which could provide the Democrats, and the lobbyists sought the unanimous decision of the house of representatives. Their plan can be considered successful, as the document was supported 405 of the 435 congressmen.

The Armenian genocide in the Ottoman Empire was recognized in 23 countries, particularly in Russia, Germany and France, as well as by the European Parliament and the world Council of churches. By the way, Pope Francis has repeatedly called the incident the first genocide of the twentieth-century.

Turkey is extremely sensitive to criticism from the West on this issue. In Ankara insist that the Ottoman authorities did not give the orders to kill Armenians, and the total number of deaths does not exceed 300 thousand people.

In this context, Turkey’s reaction to the resolution of the house of representatives was expected to be negative. The Turkish foreign Minister Mevlut Cavusoglu said the decision of congressmen shameful, and bound him with the revenge to Washington for a Turkish military operation in Northern Syria.

“Those whose projects were thwarted, turn to outdated resolutions. However, those individuals who believe that they thus revenge, mistaken,” — said Cavusoglu.

This resolution is aimed at the severance of relations between Turkey and the United States, said the Minister, and also contrary to both American and international law.

By the way, supporters of the decision did not conceal the geopolitical context of the adopted document. The democratic Congressman Ted Lew after the beginning of the Turkish operation on Syrian territory, stated that “now is the time for the U.S. to recognize the Armenian genocide.” In turn, the democratic majority leader in the house of representatives Steni Hoyer linked document with the Kurds against Turkey conducted an operation in Syria.

Ankara launched a military operation in Northern Syria against the Kurds, which considers terrorists and militants banned in Russia grouping “Islamic state” (organization banned in Russia) in early October. Turkey’s actions caused a wide resonance in the world, including in the United States.

Turkish foreign Ministry has now summoned the US Ambassador in Ankara David Satterfield of the resolution on recognition of the Armenian genocide. American diplomats, according to local media, can convey a note of protest or, in the worst case, Ankara could send him that will negatively impact on relations between the two countries.

As stated in conversation with “Газетой.Ru” senior researcher of the Center for Caucasus and regional security MGIMO Vadim muhanov, the recognition of the genocide by the house of representatives already has a negative impact on the relations between Turkey and the United States.

“The administration [of US President Donald] trump is interested in growing pressure on the [Turkish leader Recep Tayyip] Erdogan. Because Washington is unhappy with the activity of Ankara in the middle East,” — said the expert.

Armenian lobbyist organizations many times tried to promote the initiative, said Mukhanov, and the fact of its adoption in the present circumstances, due to US foreign policy, and upcoming presidential elections — “political elites take into account the size of the Armenian Diaspora in the country”.

The resolution of the US Congress praised in the American-Armenian organizations and the Armenian government. In particular, the Prime Minister Nikol Pashinyan said that the decision of the house of representatives historical.

“This is a bold step towards the service of the truth and historical justice, which will also bring comfort to the millions of descendants of Armenian survivors of the genocide,” added Pashinyan.

He also noted the contribution of the Armenian Diaspora in the United States, “whose dedication and perseverance were the driving force” for the resolution on recognition of genocide.

In turn, foreign Minister of Armenia thanked the congressmen that supported it, for their determination in voting on this issue. The Ministry said that the recognition of the Armenian genocide in the house of representatives is an important step towards supporting international efforts aimed at the prevention of such crimes.

“The Armenian-Turkish relations was blocked by two key themes: the recognition of the Armenian genocide and Turkey’s support against Azerbaijan on the Nagorno-Karabakh conflict. Of course, the recognition of the genocide from one of the world leaders (USA) will not contribute to the resuscitation of relations between Armenia and Turkey. Most likely it will lead to a tightening of the Armenian positions,” the expert added.

However, stronger pressure on Turkey for recognition of the Armenian genocide, the Armenian side will not work, as Ankara is ready for this pressure for a long time, sure Mukhanov, Armenia won’t be able to get any dividends from the Turkish side, despite the decision of the house of representatives of the United States.