Comet 2I/Borisov, arrived in the Solar system from another star, brought the water. This is evidenced by the results of a study of the spectrum of the second in the history of interstellar object. 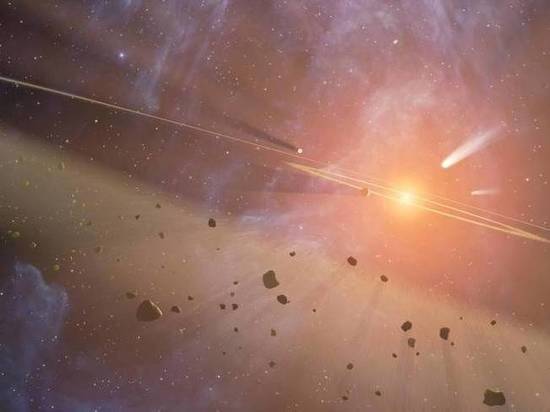 Today, scientists know about more than 750 thousands of asteroids and comets originated in the Solar system, and only on two space objects are orbiting the Sun “guests”. Until recently, the only interstellar space object was considered 1I/Omwamwi, outdoor 19 October 2017. The letter I in this designation was introduced for the first time and stands for “interstellar” (interstellar). The word “Omwamwi” can be roughly translated from the Hawaiian language as “a messenger arrived first from afar.”

The second in the history space object, officially recognized interstellar, was discovered by Gennady Borisov 30 Aug 2019. Nearly two weeks it took to open confirmed by other astronomers. In the end, the conclusions of the Crimean expert was presented on the website of the minor planet Center of the International astronomical Union. Initially, the comet was named C/2019 Q4 (Borisov), however, after the scientific community finally recognized it arrived from another star, the name was changed to 2I/Borisov, where 2 is the ordinal number of the object, I is the designation that it is interstellar, and the “Borisov” — the name of the discoverer. Although Omwamwi has some features of a comet and at some stages was recognized as such, “primarily”, it is still considered an asteroid, so the right to be called “the first interstellar comet” is generally accepted for a relatively recently discovered space object.

About interstellar origin 2I/Borisov said the orbit of this comet, however, it is curious that in other respects it has approximately the same characteristics as similar objects, initially originated in the Solar system. About 1I/Omwamwi is to say more complicated — it combines the features of an asteroid and a comet and also has an unusual elongated shape. Not so long ago Gennady Borisov noted that the resemblance of the comet with the “usual” increases the likelihood of life in other star systems.

A recent discovery showed that the interstellar comet resembles the “local” and in yet another respect — by studying its spectrum, scientists have identified emission line of oxygen. It is assumed that the majority of atoms of this chemical element is associated with water molecules that evaporates from the surface of the comet at a speed of about 19 kilograms per second. About as quick would this process in the case of similar characteristics of a comet, initially originated in the Solar system.