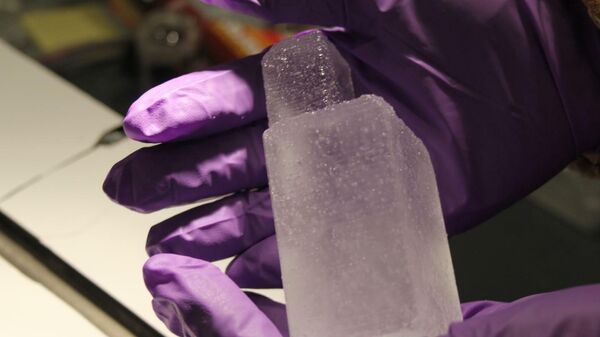 After studying samples of ancient ice from Antarctica, scientists have obtained data on the composition of earth’s atmosphere for a period of one to two million years ago. The results were published in the journal Nature.

The glacial cover of Antarctica was formed within a few million years. Studying the composition of air bubbles that contain the ancient ice, scientists can determine the composition of Earth’s atmosphere in the distant past. These data provide the basis for constructing paleoclimatic models that help to understand how changing climate of our planet.

Material for study in these studies, are ice cores — columns of ice extracted from wells. The most representative collection of such cores were collected during the implementation of the European project for ice drilling in Antarctica (EPICA) in 1996-2005. The age of the oldest of them is 800 thousand years.

American scientists, led by John Higgins (John Higgins A.) from Princeton University were able to obtain ice cores under the age of two million years.

During the field season 2015-2016 at the site Allan hills 210 kilometers from the U.S. Antarctic station McMurdo was drilled ice borehole with a depth of 200 meters. Scientists chose this area because here, in the so-called Blue ice are the oldest ice on the planet. The youngest layers on the surface, have age about one million years and lying at a depth of up to two million or more.

Interval of geologic time between one and two billion years — the most interesting for paleoclimatology. The fact that approximately 1.24 million years ago, a so-called mid-Pleistocene climatic revolution: length of glacial cycles increased from 41 thousand years to 100 thousand, the amplitude of temperature fluctuations increased, and the Earth’s climate in General has become more cold.

The researchers set themselves the task to find out how connected these events with changes in the atmosphere content of greenhouse gases, primarily carbon dioxide and methane. Most modern climate models are based on the assumption that fluctuations in the levels of greenhouse gases are the main factor of global change. To assess the reliability of these models it is important to understand how the link between climate and greenhouse-gas levels observed in the past.

In General, scientists were able to confirm that two million years ago there was a pretty clear relationship between concentrations of greenhouse gases in the atmosphere and temperature.

“One of the important results of this study show that carbon dioxide is associated with the temperatures in this earlier period of time, — quotes the press service of the University of Oregon words of Edward Brooke (Edward J. Brook), one of the authors of the study. Is an important basis for the understanding of the climate and calibration of models that predict future changes”.

In the coming months the research team will continue work on the site Allan hills, and hopes to obtain samples of even more ancient ice.