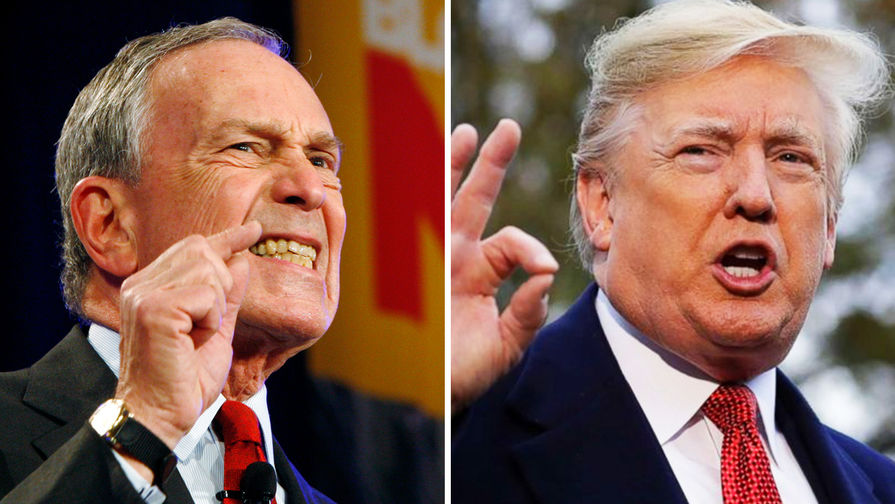 Former new York mayor billionaire Michael Bloomberg may join the presidential race in the United States, writes The New York Times. This is not the first message part in the election of Bloomberg, who three times held the post of new York mayor, and was also a member of both Democratic and Republican parties. The politician does not hide dislike for Trump, who knows. Against the media Mogul plays the age — he is 77 years old.

Former new York mayor Michael Bloomberg this week plans to submit documents for participation in the primaries of the Democrats in Alabama. This state is considered a stronghold of the Republicans — in 2016, trump won, receiving 62%, while his rival, Hillary Clinton got half the votes.

Bloomberg, as reported by The New York Times, may run for the Democratic nomination for the presidency because of the threat of the re-election of the current President of the United States Donald trump.

“We must make trump lost”,

— said the adviser to the former mayor Howard Wolfson.

It is known that the trump and Bloomberg that were friends now treat each other negatively. In 2016, speaking at the Congress, Bloomberg called the President a fraud. In his speech he mentioned multiple bankruptcy trump and trial. The media Mogul said that he, unlike trump, “having received from the father a check for a million dollars”, has started its journey from scratch.

“Trump says he wants to run the country like he runs his business? So help us God! I’m a new Yorker, and I can discern a fraud,” said Bloomberg.

Trump in debt left. In an interview with Fox Business after receiving the party nomination at that time, the presidential candidate said that Bloomberg was once his friend but now is not. “He said a lot of unpleasant things about me,” added trump.

As shared aide to Bloomberg, the ex-mayor’s concern the inability of the current presidential candidates to interfere with Trump to get re-elected.

It is worth noting that in the summer of 2018 in an environment of media Mogul said he is considering to nominate his candidacy for President of the United States.

In 2016, Bloomberg was already planning to go to the polls, but has decided not to stand, as he understood that he did not win election as an independent candidate. He was willing to spend at least $1 billion of their own money for the election campaign — his fortune is $40 billion.

However, refusing to participate, he began to support the democratic candidate Hillary Clinton, hoping in case of victory to become a U.S. Secretary of state. About it in 2016, told his assistant to Wolfson.

If 77-year-old Bloomberg, now still dare to stand as a candidate in the presidential elections, most likely, he will enlist the support of the US Democratic party.

At the same time, the mayor of new York in 2001, Bloomberg was with the support of the Republican party. For this, he came from the ranks of the Democrats. Soon after re-election for a second term in 2005, he left the Republicans.

Bloomberg was a popular mayor and held the post for three consecutive terms. In office he greatly improved the life of new York.

Russian woman Victoria, living in the Big Apple calls it “smart mayor” for tough measures to combat street crime: “Order in the city was more, he actually reduced crime. We even the doors are closed”.

However, in 2009, when the billionaire was again going to run for mayor a third time (which even increased the possible number of terms of election of the mayor of new York from two to three), 55% of residents, according to opinion polls, believed that the time has come to choose a “new man”, and in support of Bloomberg was only 40%. However, Bloomberg still won again in the elections.

Against the possible nomination of Bloomberg as a presidential candidate in 2020, says his age. Policy 77 years. Despite the fact that he’s in good shape, if he is elected US President, in 2024, after the end of his first term — he will be 82 years old. Trump four years younger.

The law concrete jungle: what cars are massively arrested

In the case of the truck with 39 corpses reappeared, Russia

“It’s about the struggle for power”: how can Turkey and the EU soured relations

“The beginning of a new cold war”: China breaks ties with the US