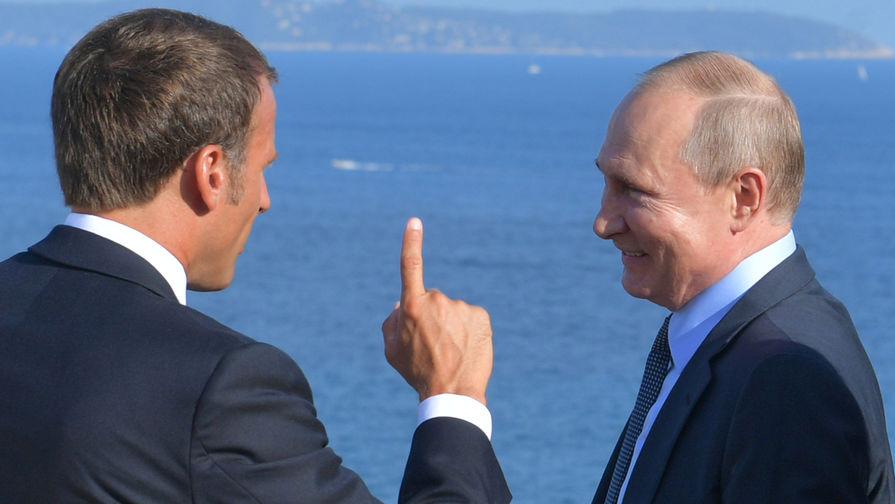 The Kremlin noted the lack of “Russophobic apocalyptic scenarios” in the options of Emmanuel Macron on the development of Russia. Moscow called the thoughtful approach of the President of France, but stressed that Russia will develop according to the scenario selected by the head of state.

The Kremlin called the thoughtful approach of the President of France Emmanuel Makron to the proposed options for the development of Russia. According to the press Secretary of the Russian President Dmitry Peskov, the ideas of the French leader favorably to the “superficial and Russophobic apocalyptic scenarios”.

However, Russia will develop according to the scenario selected by the head of state, Peskov said, it has everything listed by Macron items.

“This openness of Russia to cooperation with the countries of Europe and with African countries and Far East countries, South-East Asia. This focus of Russia is on a good and mutually beneficial relationship,” — said the representative of the Kremlin.

The approach of the Macron to development of Russia appeals to Russian President Vladimir Putin, said Peskov, the President appreciates his contact with the French leader.

Emmanuel macron told about his vision of further development of Russia in an interview with The Economist, which was published yesterday. According to the head of the Fifth Republic, there are three most probable scenario.

First, Russia could restore its superpower status, relying solely on their own strength. Macron noted that this option is quite complicated because of the “insufficient economic power and population”.

The second way, according to the President of France, is the so-called Eurasian model. However, the region is currently dominated by China, which adds a number of difficulties. In addition, the Makron is sure that Putin is “on and on” from President XI Jinping.

A third option, the development will be a balanced model of relations between Russia and Europe, the President of France. It can not be implemented until Moscow perceives the EU as a vassal of the United States, but the macron believes that this position could still change.

Europe should resume dialogue with Moscow to avoid “a big mistake”, stressed the French President, European politicians must “Wake up” and stop relying on US support.

“We are now experiencing brain death, NATO, Europe needs to start thinking about itself as an independent geopolitical force, otherwise it will not control its own destiny,” said macron.

The Kremlin also noted that Russia will not assess characteristics of NATO, which was presented by the President of France. According to Peskov, the question of the viability of the Alliance to decide not to Moscow.

“NATO, so to say, alive or dead and what parts of the body this Alliance are in a coma is not for us to decide, we are not pathologists”, — summed up the representative of the Russian President.

The Alliance was originally formed as a tool of confrontation and even aggression, so Russia is not inclined to exaggerate the role of NATO in ensuring stability and security in Europe, said Peskov.

The state Department in response to a dramatic statement of Macron has called NATO’s most important strategic partnership in history. According to Secretary of state Mike Pompeo, the Alliance remains of critical importance in ensuring security.

This view was echoed by German Chancellor Angela Merkel disagreed with the President of France. The head of government of Germany said that NATO is working in the interests of Europe.

“I have repeatedly said that we must take destiny into their own hands in Europe, but the transatlantic partnership remains for us”, — added Merkel.

In turn, NATO Secretary General Jens Stoltenberg also sure that the Alliance has not lost its power. According to him, the US and Europe continue joint action to strengthen collective defence.

“The reality is that we do more together, we stepped up the defense in response to an increasingly unpredictable situation in the world,” — said the NATO Secretary General.

It is worth noting that the differences between the countries-members of NATO, and the EU States — the phenomenon is not new — given the scale of the block according to the number of participants and the number of EU countries in it. In addition, each country pursues its own interests. In particular, if the macron systematically insists on improved relations with Moscow, Baltic countries, on the contrary require further “containment of Russia”.

Geely unveiled a new crossover Icon on the base of Volvo

Public test network of blockchain Ethereum 2.0 will be launched in November

“No more sheep”: African Americans stocking up arms to protest