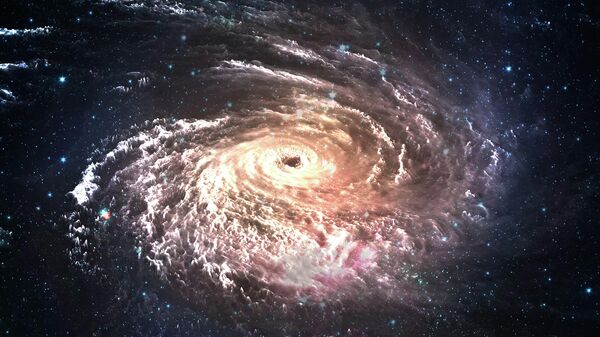 Alfia Enikeeva. Scientists have found that over the ten billion years the Andromeda galaxy was eating smaller neighbors, absorbing a few hundred dwarf star systems. One of the victims may be Andromeda and the milky Way, which, incidentally, is also in the past differed predatory behaviour. RIA Novosti presents the most unexpected and bizarre galaxies in the Universe.

In April 2017, an international team of astrophysicists described the galaxy ZF-COSMOS-20115. It was observed at the time when the Universe was only 1.65 billion years from the present of 13.7. The age of the system was about seven hundred million years, but in the last four hundred thousand of them are active starburst it didn’t happen. In other words, she died, although evolutionary models and did not allow the existence of such a distant dead galaxies.

However, in June of the same year, Nature published an article of an international team of scientists, said: galaxy is not able to form new stars, was almost from the beginning of time. About half of the major systems of the Universe has exhausted its own construction resources are already nine billion years ago. And this fate befell not only elliptical, but spiral galaxies.

The authors suggested that star systems are dying because of accumulations of dark matter on its outskirts. These clusters make the “normal” matter streams which falls from the intergalactic environment, accelerate the movement and to warm up. In the result, the galaxy will lose access to the latest materials and cease to form stars. That same fate, according to scientists, suffered a spiral MACS 2129-1 more than ten billion years ago.

According to an alternative theory, the death of galaxies — a result of their collisions with each other, which lead to sudden outbursts of star formation and “burnout” of the neutral gas reserves. 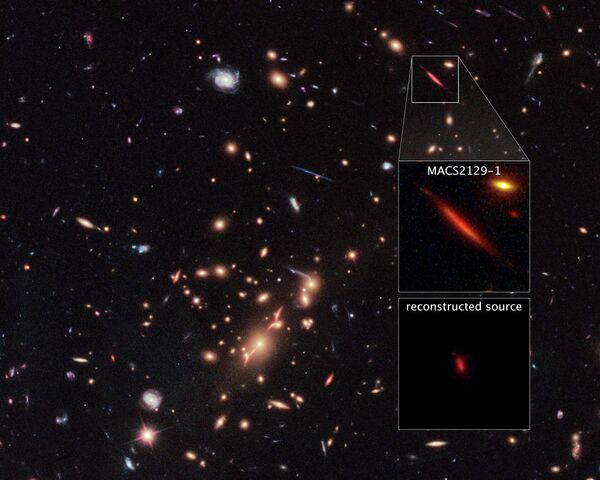 Our home Galaxy — the milky Way — was dead for two billion years, but then resurrected. To such conclusion the Japanese scientists by analyzing the chemical composition of stars. It turned out that for one group of lights is characterized by increased content of oxygen, magnesium, silicon, calcium, sulfur and titanium, and the second characterized by a high level of iron. This means that stars formed in different epochs, separated by a considerable interval of time during which the Galaxy was actually dead.

In the first age of the milky Way was drawn to a cold gas from intergalactic space. It clusters served as the basis for the stars of the first generation. They lasted very long on a cosmic scale, and within ten million years exploded, giving birth to a supernova type II, which are released into the interstellar medium, oxygen, calcium, silicon and magnesium.

About seven billion years ago, shock waves from supernova explosions have heated the cosmic gas clouds. He stopped to circulate through the Galaxy, the processes of formation of new stars has ceased, and the milky Way died. However continued to erupt type Ia supernovas, to enrich the cosmos with iron and other heavy elements. In five billion years they have cooled gas and star formation started again. So have arisen the luminaries of the second generation, which include the Sun.

Interestingly, among the stars in our Galaxy, there are those whose composition radically different from the rest. For example, an object J1124 + 4535 very poor in magnesium and enriched in europium. According to researchers, a similar ratio of elements was previously observed in stars of dwarf system orbiting the milky Way. And so, J1124 + 4535 could be born in another galaxy that was swallowed by the milky Way. 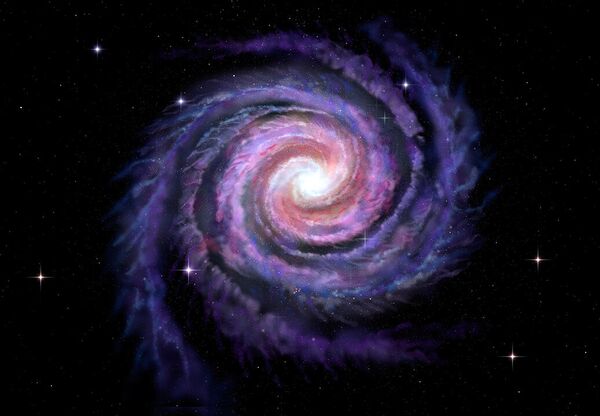 Devouring star systems to each other is not uncommon in the Universe. Our nearest galaxy is Andromeda, which is about 2.5 million light years, over the last ten billion years has absorbed several hundred dwarf neighbors. Their traces in the halo of the invisible part of the galaxy — said the Australian and British astrophysicists.

But right now, you can observe this process actually live. Talking about infrared W2246-0526 and her three dwarf companions. Researchers from NASA studied the surroundings W2246-0526 using a microwave telescope, ALMA and drew attention to the fact that the galaxy and the huge black hole at its center is connected with three nearby systems with thick lines from cold gas. This suggests that W2246-0526 at the moment, literally tearing up the neighbors by sucking out their gas, dust and dark matter.