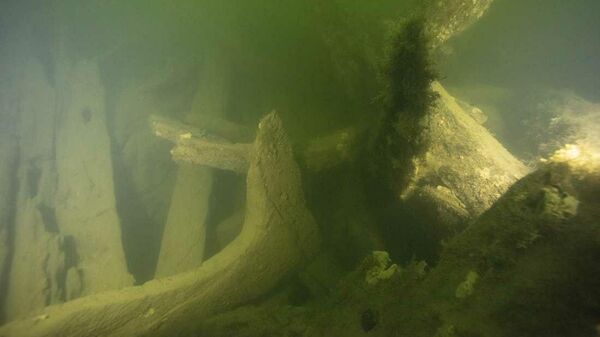 Swedish marine archeologists in early November, found off the coast is located 30 kilometers from Stockholm Vaxholm town, a former military fortress, the wreckage of a warship built in the first half of the XVII century, their discovery, the scientists said Friday at a press conference.

As told the head of the project Jim Hansson, the researchers suggest that the detected ship can be one of the military ships constructed by decree of the Swedish king Gustav II Adolf in the period from 1626 to 1636 year. The most famous was the ship Vasa. The ship length of about 70 meters, which was to become the flagship of the Swedish fleet, sank on 10 August 1628, during his first exit port. The cause of the accident was a miscalculation builders.

In addition to the “Vasa” was built three similar craft, with minor differences in size and structure, “Applet” (1629 years old), “kronan” (1632) and “Scepter” (1636 year). “At the moment we can’t accurately say what exactly debris we found. There is reason to assume that we are talking about “Apple”. On Monday we will send the samples for examination and the results of analysis of annual rings in the logs from which the ship was built, we can make more sure,” Hansson told RIA Novosti.

“Before the opening of the new Museum (Vrak – Museum of Wracks – ed.) we decided to organize a dive near Vaxholm. In the early seventeenth century there was an active construction, it was the defence of Stockholm, so we were sure to find there something interesting, but we didn’t expect to find the remains of large warships. When we saw this large building, we were amazed,” – said Hansson. 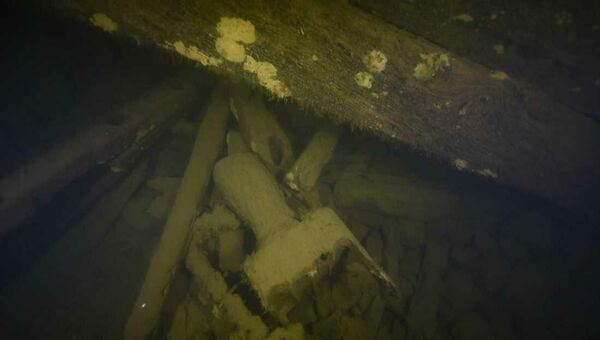 He added that to raise the ship’s hull to the surface, the researchers do not plan to. “We already have a wonderful Vasa Museum, there is no need for another. We will raise a separate part, which will be presented in the new exhibition” – he said RIA Novosti.

According to the researcher, at the bottom of the Baltic sea is most of the wreckage of old ships in good condition than anywhere else in the world. This is due to the unique conditions at the bottom of the Baltic sea – cold salt water, which to some extent may be suspended debris. This is what inspired the authors of the project to create a new Museum Vrak – Museum of Wracks (“Museum of the wreckage”), whose opening is scheduled for late 2020.

Hanson hopes that the project will be international and did not rule out cooperation with Russian scientists and researchers. “The new Museum will not be a purely Swedish Museum. We expect that there will be several exhibits from different parts of the Baltic sea. Through the debris, we will talk about the history of other countries. We hope that the Museum will serve as a hub for Maritime archaeologists. Other countries can contribute, we can share information. Because the history of the Baltic sea – our common history, it belongs to all,” said he, answering the question of RIA Novosti about the possible cooperation with Russian archaeologists.

The Iranian foreign Minister: Tehran does not seek to increase regional tensions

In China students and students re-sat at their desks

Became aware of the infection of coronavirus, another top Manager of the Russian space Agency