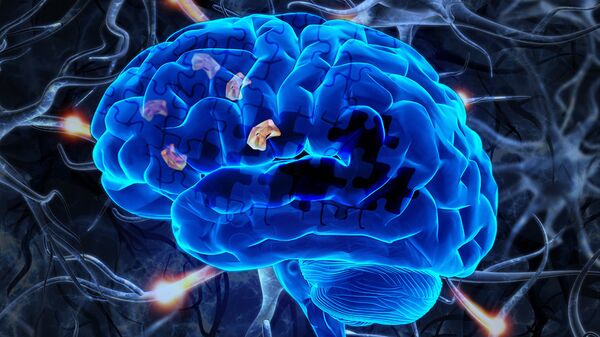 Scientists of the Moscow state University of psychology and education (msupe) conducted a study on storage mechanisms of the meaning of the verbs in memory. According to scientists, the results will influence the treatment of pathologies associated with defects of speech. A study published in the journal “Human Brain Mapping”.

It is estimated that the average person keeps in memory a few tens of thousands of words, but despite this, in everyday life we need only a few hundred milliseconds to find in the mental “dictionary” the word.

For a long time it was believed that the voice system is isolated from the other functions of the psyche. However, as experts say, the recent gains in popularity the principle of the so-called “embodied cognition” (embodied cognition). According to him, the meaning of words involves the same brain areas responsible for the relevant actions: the meaning of the verb “run” is stored in the same area that controls leg movement, the meaning of the word “yellow” in the land, through which we see color.

To test this hypothesis, the scientists used the msupe magnetoencephalography (MEG) which measures weak magnetic fields generated by electrical activity in the brain. MEG is able to measure the activity of a certain area of the cerebral cortex with millisecond precision, allowing you to determine whether the initiation of extracting meaning from memory or just imagination named actions.

“We asked the subjects to come up with verbs to nouns. In half of the cases it was easy as, for example, a pair of “sun — Shine” at half — complicated. What, for example, makes the window sill? Was discovered activation of the motor cortex in the period of time that corresponds to retrieving the meaning of the verb from memory. When you invent a verb it was hard, motor activation was stronger, which confirms our hypothesis,” — said laboratory researcher MEG centre, msupe Anna Pavlova.

According to the authors of the study, the knowledge of how a healthy brain copes with such difficulties, is the key to the understanding and treatment of some pathological conditions, including, for example, aphasia Broca.

In Broca aphasia the difficulty of retrieval of words from memory is a leading symptom. There is no effective therapy for this disease, effective, but not for all patients. Education researchers intend to determine whether the results of MEG-recordings of brain in the generation of verbs to predict the effectiveness of therapy.