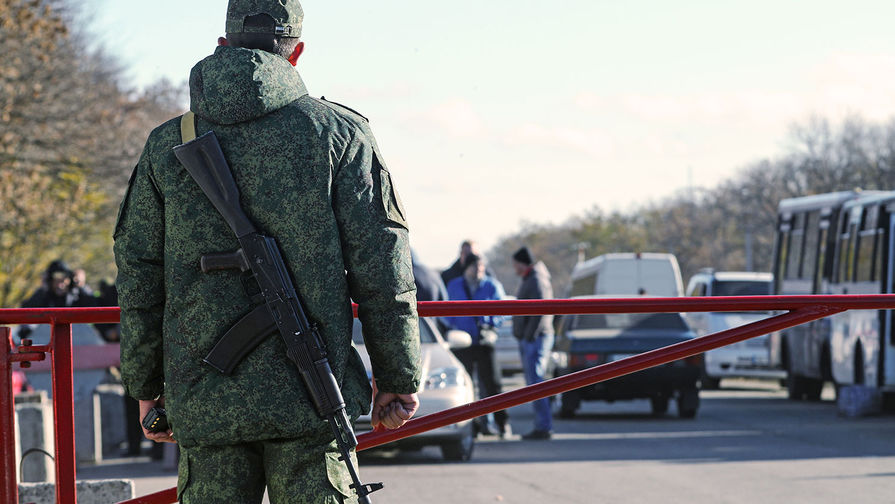 Parliament DND adopted the law establishing the official borders of the Republic throughout the territory of Donetsk region. This decision, according to officials, does not violate the Minsk agreements, but should be an important factor ahead of the forthcoming summit of “the Norman four” in Paris, the main topic is the special status of Donbass.

The Parliament of the Donetsk national Republic adopted a law that sets the boundaries of the DNI across the Donetsk region, — that is, the inside will be and the areas that now are under the control of Ukrainian authorities.

“The law is not forgotten by the people living in the territory, temporarily controlled by Ukraine, the boundary is defined by the territory of Donetsk region, which was for the period of 2014. It provides that as long as not resolved the dispute between Ukraine and the DNR, the border will pass along the contact line”,

Talking about the current law, Mr Bedika also mentioned that the provisions of the act do not violate the rules of the Minsk agreement, because the border is defined by the line of contact. This clarification is no coincidence — two days earlier, on November 27, between DND and Kiev began the formal discussion of the law on the special status of Donbass.

The main topic of negotiations was the bringing of the action “formula Steinmeier”. By its terms, the region needs to be an election, and a special regime of local government.

Now, in case of successful implementation of these conditions, the special status can cover the whole territory of Donetsk region (in borders, 2014) — including those parts of it which are now controlled by Kiev.

Information about what the law is adopted, was published on the website of the people’s Council DNI — the unicameral Parliament of the Republic. Into force this law comes into effect after its signing by the head of DNR Denis Pushilin and the appearance of the text on the above website. This should happen in the near future.

It is also noted that the law was unanimously adopted in two readings, and it initiated the people’s Council Committee for security and defense, and Donetsk Ministry of state security.

The final text of the law has not yet been published, but in General its content is already described by the head of the security Committee, one of the authors of the bill, Vitaly Kravets. Based on the word of the Deputy, the new law will affect as a fundamental policy framework on the borders of the DNR and private legal nuances.

“The bill formed the legal base DPR that determines organizational and legal bases of the state border policy, powers of state authorities in this field. Also, the draft law regulates the relations connected with the designation and protection of the state border of the Republic,” according to it website of the National Council.

A key factor in this situation — the upcoming summit of the “Normandy Quartet”, which will be held in Paris on 9 December. As previously announced, the Ukrainian politician Viktor Medvedchuk, the situation in the Donbas and questions about the status of the region will be one of the key themes of the summit.

“I think the main issues will be the special status of separate districts of uncontrolled [Kiev] the territory of Donetsk and Lugansk regions” — quoted Medvedchuk TASS.

It is also important that at the upcoming December meeting for the first time will meet in person two leaders — the presidents of Russia and Ukraine Vladimir Putin and Vladimir Zelensky. As previously stated, Putin’s aide, Yuri Ushakov, they may hold on the sidelines of the “private meeting”.

His participation in the Paris talks was confirmed by German Chancellor Angela Merkel, and the information about it first came from the office of French President Emmanuel Macron.

The negotiations “Norman Quartet” in its entirety and at the highest level can become an excellent opportunity not only to “verify the performance” on the situation, but also to achieve the crucial decisions — including regarding the status of Donbass. Probably it is in this light the law on the new borders of the NPT was adopted in this form right now — until December 9, the summit participants will have plenty of time to formulate its position on this topic.