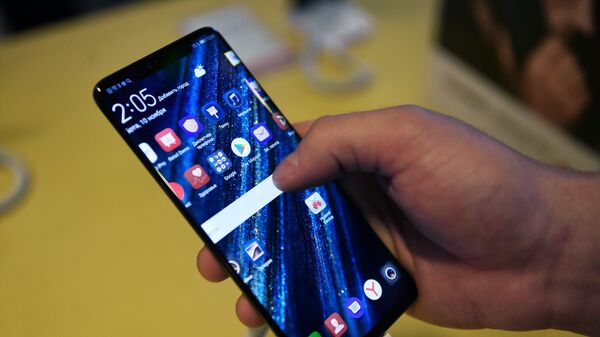 Russian scientists have developed a new material to protect the screens of smartphones or tablets has antibacterial properties. It can be used in medicine. The description given in the journal Materials Today Communications.

To combat the germs that collects on the screens of mobile devices, manufacturers offer such solutions as adding antibacterial materials in the structure of protective glass or the application of special polymer films with antiseptic effect. However, the introduction of antibacterial substances in the glass structure — the process is quite expensive, and the polymer film are erased, covered with scratches and degrade over time, which adversely affects their effectiveness.

“Cover made by us on the basis of zinc oxide and tin oxide. We showed how to optimize the chemical composition of the material to the film of him was transparent and would have the highest antibacterial properties, and thus tightly held on the surface of glass” — presented in a press release of the University said Sergey Evstropov, first author of the paper.

One of the main advantages of the new material, along with high antibacterial properties is the comparative cheapness and simplicity of its receipt. According to scientists, the technology of production and application of such surfaces on the protective glass of the phone or tablet is relatively simple to learn and can be easily implemented in the business.

At a thickness of 200-300 nanometers innovative coating has high strength and can serve as additional protection of the screen. The secret of its strength and transparency is a special organic additives, which are introduced at the stage of synthesis. Thanks to them, achieves a uniform application of material to the surface.

“We began a joint development with the State optical Institute on modification of fiber endoscopes, says another author of the study, Professor ITMO Nikolai Nikonorov. In medicine widely used fiber-optic endoscopes, which are introduced into the body of the patient to see the condition of the internal organs. We are experimenting with the application at the end of the fiber endoscope our material. Because of this, we can potentially deliver through the endoscope chemically active oxygen to the cancer cells and kill them. That is, whereas before we only had “binoculars”, or if you want a flexible fiber “sight”, now we have combined it with “rifle”. You only need to toggle the led that emits white light UV-led”.

Scientists propose other options use of the new material. For example, when you add it in powder form in the paint, you can create antibacterial coatings for walls of hospitals and care centers.

Can you still play Fortnite despite it being banned from app stores?