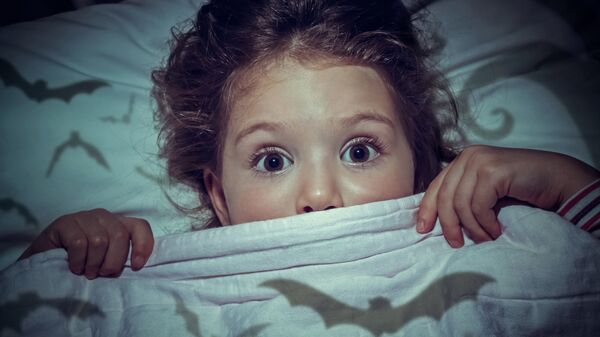 A study by American scientists sheds light on the biochemical mechanism of the body’s response to fear. The results were published in the journal Current Biology.

Scientists from Columbia University (USA) and the Federal Polytechnic school of Lausanne (Switzerland), exploring the features of locomotor behavior in fruit flies, fruit flies, found that in the moment of fright in the insect organism secretes the hormone serotonin. Externally the release of serotonin is manifested as a sudden whole body vibration and instant stop.

A similar reaction to potential threat — shiver and automatic reflex fading — observed in virtually all animals, from insects and fish to humans. The internal mechanism of these reactions is likely similar. Researchers believe that serotonin is responsible for a sharp stupor, in which we get at a sudden surprise or just from surprise.

“Imagine that you are sitting in your living room with your family and suddenly the light goes out, or the earth will begin to shake — are in the press release of Columbia University, the head of research Richard Mann (Richard S. Mann). — Your reaction and the reaction of your family will be the same: you stop, freeze, and then go into a safe place.”

In the brain serotonin is closely linked to regulation of mood and emotion. But previous studies of flies and vertebrates have shown that it also affects the speed of movement of animals. Various functions of this hormone-neurotransmitter mediated by different groups of serotonin receptors.

During the experiment, the scientists manipulated the levels of serotonin and dopamine in the ventral nerve chain fly equivalent of the spinal cord of vertebrates and analyzed the changes in the nature of the movement of insect with special sensitive glass. The results were processed using the developed for this research program FlyWalker.

As stress factors, the scientists chose two scenarios: turning off the lights and “mini-earthquake”. For the second experiment the glass plate with a fly was placed on the surface of the engine, producing sharp jerks.

“We found that in the moment of fright the serotonin acts as an emergency brake: fly freezes and joints of all legs are in suspense, says Dr. Mann. — After a short pause, the insect again starts to move.”

“We believe that this pause is very important — adds Claire Howard (Clare E. Howard), the first author of the article. — It allows the nervous system of a fly to gather information about sudden change and decide how it should react.”

Interestingly, although the initial reaction stops flies in both scenarios were the same, the subsequent walking speed is significantly different. In the scenario light-off gait flies were normal, and after the “earthquake” the fly continued to move much faster.

“Our results show that serotonin can interact with many types of nerve cells in flies that control movement and process sensory information, noted Dr. Mann. — We continue to research and hope to study the detailed molecular mechanism regulating the movement of other animals and possibly even people.”