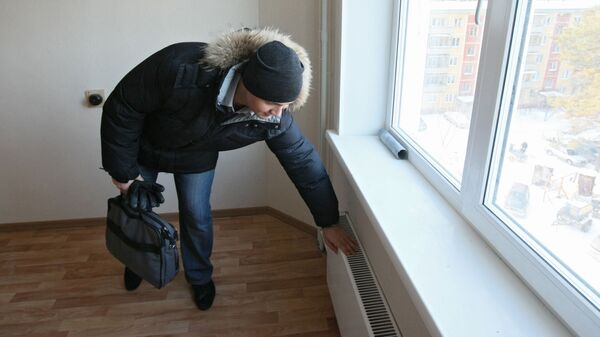 Tatiana Pichugina. In Russia are implementing many pilot projects of “smart homes,” “smart grid” that allows to save electricity and to heat homes from renewable sources. Thanks to this boiler burned less fossil fuels and therefore reduced emissions of carbon dioxide into the atmosphere. Where are the experiments at RIA Novosti.

The easiest way to save money on heating is to reduce heat loss, experts say. At least to warm facade of the house, in the hallways and rooms to put Windows.

The next step is to install a separate heating unit that will regulate the temperature depending on the weather. When warm, the temperature and flow of water in the pipes is automatically reduced, cold increase. Now a house, if design allows, equipped with ITP and automation, watching the flow of heat from the boiler. A new building soon dealt with them. This, in particular, allows to prevent Perelomov, not so loved by the residents, because they have to pay a lot.

Finally, the most modern solution — adding to the centralized or individual heating, in the case of a private home, additional sources of energy and installing a “smart system” control.

class=”photoview__ext-link”>Hybrid power system at home. Connected to it, in addition to centralized electricity and heat supply, renewable energy 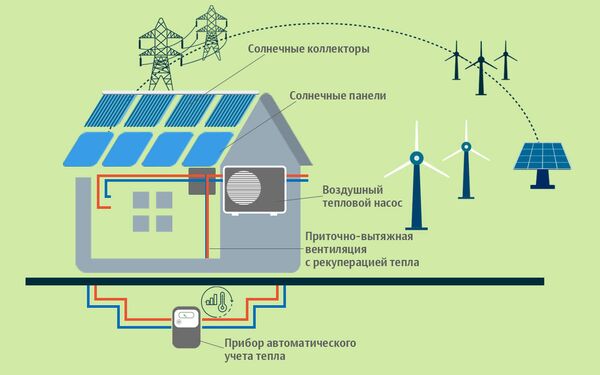 Bondarev colleagues participated in the design of hybrid systems for dwellings in Kopeysk Chelyabinsk region. It is put into operation in 2015 by the regional energy efficiency program. In the house 24 apartments, 3 floors.

In addition to the Central heating, installed automated heating unit, air heat pump, roof mounted solar panels and collectors. All of this is controlled, on the basis of information received from sensors of temperature, pressure, flow rate, insolation.

“We have developed control algorithms. The program determines the efficiency of the source, which is the most effective in the moment, and mounts it. For example, worked as a solar collector, it was dark, the temperature dropped, the program understands that it is necessary to connect a Central heating or an electric heater, which, in turn, uses the stored solar energy,” says Bondarev.

“The system worked all year round for hot water in the winter for heating. Residents have to pay two times less. But the project was quite complex, requiring skilled maintenance. Forces the management company it was impossible to enter into a contract with a third-party organization did not. According to my information, the system now does not work”, — says Vsevolod Scremato, employee of LLC “Russian instrument-making Corporation “control Systems”, developed and operated by “smart house” in the first year of its implementation.

Another pilot project implemented in Chelyabinsk in the district of CMP. This ten-storey residential building where the developer at its own initiative, installed on the roof solar panels. They produce electricity for its internal needs: lighting stairwells and adjoining areas.

Many are surprised that in the Chelyabinsk region is developing solar energy.

“However it works. We carried out calculations and it turned out that we only have five percent fewer Sunny days per year than Germany, where solar panels are very popular,” says Cremata.

The problem is payback. The cost of these smart homes and networking is significant. Connected to the house in Kopeysk system would pay off in ten years. It might deter residents from continuing the experiment at their own expense.

According to scientists from the SUSU, with proper design, the system will pay for itself in five or six years. But it’s not just the price of the equipment.

“For example, the boiler much cheaper in comparison with gas or solid fuel boiler. However, we have expensive electricity, it will not pay off. In addition, the design does not always need sources for maximum power — the most expensive. In our building the heat pump is made for 30% coverage. It is enough for the offseason, something good. And electric heating can be connected to the case 35-degree frosts. Their only week of the year”, — says Yuri Bondarev.

“One way or another for these future systems. Already in private houses, the owners are installing solar panels and cope with their service. It’s not that difficult,” — concludes Scremato.