Those who steers the Russian space program today, should be in sackcloth and ashes and walk away. After one phone call. It took place in the days between lead designer for defense and space company, created the legendary space Shuttle “Buran”, and the independent expert on space Vadim Lukashevich. First consulted with the second regarding the number of engines that participated in the Department of “Buran” from the booster… Not on their own — experienced veterans of shipbuilding, which himself who want to teach, was forced to do so by the Director General, — he was, you know, computer graphics are made on the knee and posted on a private website Lukashevich, seemed more convincing than the arguments of its experts… the Highest degree of degradation of Russian cosmonautics! The Rubicon has been crossed. 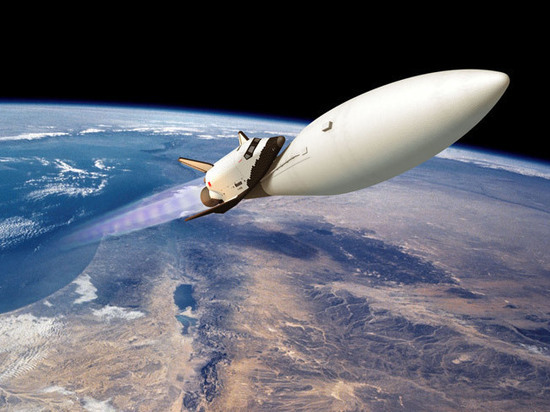 Everything about this story told in his page in the social network of Vadim himself:

Hello, this is Vadim p. Lukashevich?

— Since you said the lead designer of NPO “Molniya” (name calling). We have a problem — could you explain why you have a website www.buran.ru “Buran” is separated from the second stage of the carrier rocket “Energy” with momentum four thrusters, and not six?

Ohrenev from such a question — it calls me the lead designer of the organization-developer of the “Buran” — I hesitantly asked:

— Why do you have to work six engines instead of four?

We conducted a computer simulation of the separation process of our product and the block of the second stage, and we have to damp the arising vibrations in plane-parallel divergence, without collisions, you need to use six engines. And you have only four… Why?

Wait, but you developed the “Buran” and converted all questions of division! You all have been modeled thousands of times and performed it in flight on 15 November 1988. What have I? I just drew a beautiful cartoon… For your site… Wanted to make a screensaver to the computer screen spun a beautiful picture similar to the reality…”.

Deciding first that this post is a joke, we asked for comments to the author, a former designer of KB “Dry” and space historian Vadim Lukashevich.

— Vadim, reassure us, tell us what that conversation actually was not…

— Alas, can’t do that, because it really was. After my explanation, I asked the designer, and then suddenly he turns to me with this question? And how this issue could even arise when the highest level of competence!? “You know, — said sadly to me my partner— we are now for a new of our products use the same scheme as that of the “Buran”, and again we have obtained six engines, not four. We report the General. And he collects a big meeting and says that we do not understand, because Lukashevich on the website of the division made four engines (he saw it), and it saves fuel. If you can’t do it yourself — call the Lukashevich and find out how he did it! So I’m calling…”. 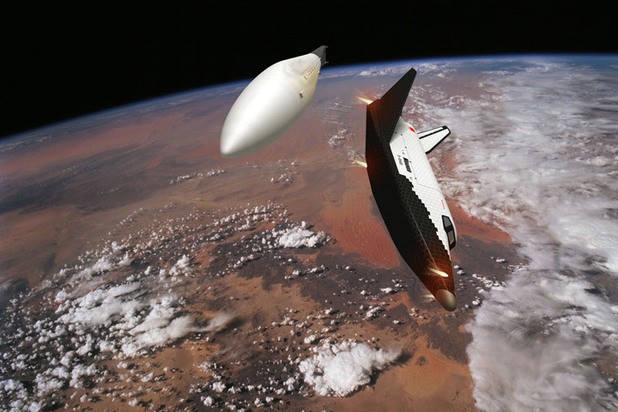 — It does not fit in the head. What’s the head?

— NPO “Molniya”, which, as you know, was the parent company for the creation of “Buran”, since the 90s has continuously tried to bankrupt after the Tushino engineering plant. There since perestroika had three teams who methodically led the company to closing. This is actively fought Gennady Zyuganov, but to save the situation succeeded only after the intervention of Vladimir Putin personally, who ordered defense company still save.

Help MK JSC “NPO “Molniya” is one of the largest enterprises of aerospace industry of Russia, created for solving complex knowledge-intensive tasks. Has extensive experience of developments in winged aerospace aircraft and systems, is the developer of target missiles. Currently, the company is included in the composition of JSC “Concern “Kalashnikov”.

Keep you saved, but the leaders to change forgot. And it turned out that the people who came there in the first place, probably for other purposes — lawyers, appraisers, accountants had to quickly learn the unknown science in order to attract profitable orders.

— But the core of the old staff have… Say, if the Manager is wise, he listens to experienced subordinates.

— Yes, older employees continue to work. Mostly elderly people, who for any flaws immediately kicked into retirement. Pointed to the leadership at his incompetence and went out. Take, for example, the last case. Chief designer, disciple of the author of the “Buran” Gleb E. Lozino-Lozinski (by the way, December 25 we will celebrate the 110th anniversary Lozino-Lozinski) wrote an article where, among other things, he said that the main problem of our space is that it’s run by Amateurs, by Amateurs. And what do you think? This chief designer quickly went to the crew chief… That is also not to be dismissed or reduced in position for failure to comply with order management, I got a call the other constructor. It is easier to make a dull job, than to explain to leadership that this is silly.

— What kind of new project, reminiscent of the “Buran” he mentioned?

They have the old project multipurpose aerospace system (MAKS). As I understood it in our conversation was about her. This is the orbital plane, similar to the “Buran”, which they have defended, continue to Refine the initiative, but the money for the creation of the state still does not. In General, having “Buran”, which has already passed flight tests, with 220 volumes on the new conceptual design MAX, designers of “Lightning” have to call a stranger and to consult on the structural subtleties of their own development! As I understand it, their leaders really want to understand what space, climb to the Internet (laughs) there they come across my website, and they find that my animation (!) different from what they offer experienced designers.

— How do they appreciate you!

Yes. (Laughs.) On the one hand, it’s really funny, but sad and hurt. This shows how alien this space the leadership reigns on some plants.