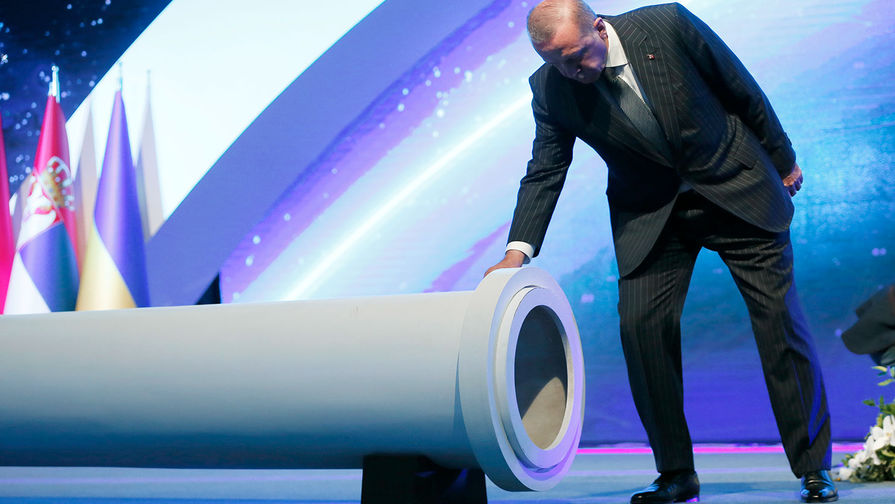 Greece called Turkey “the main violator of international law in the Mediterranean region” because of the promise of a Turkish leader Recep Tayyip Erdogan to continue exploration and drilling on the continental shelf in the exclusive economic zone of Cyprus. Also Turkish President Athens was accused of turning peace project — TANAP pipeline in the tool “demonstration of military rhetoric”.

Greece has criticized the statement of the President of Turkey Recep Tayyip Erdogan made the opening ceremony of the TRANS-Anatolian gas pipeline (TANAP), stating that Ankara did not stop the exploration of energy and offshore drilling in the exclusive economic zone of Cyprus.

This statement was the beginning of a scandal — the Greek delegation headed by Deputy energy Minister Dimitris Oikonomou, left the opening ceremony of the TANAP pipeline. Athens called the Turkish party “the main violator of international law in the Mediterranean region”.

The “continuing violation by Turkey of international law, sometimes flowing with scoring threats, undermining stability and the interests of all the peoples of the region. The events also demonstrates a complete contempt for the principles of good neighbourliness, the cornerstone of peaceful coexistence of States and the fundamental condition of the European prospects” — said in a statement the foreign Ministry of Greece.

President of Turkey Athens was accused of turning peace project in the tool “demonstration of military rhetoric”.

“We hope that the Turkish leadership understands that respect for the principles of international law is not a choice, but an obligation,” — said the foreign Ministry of Greece.

TANAP became fully operational on 30 November. It is part of the project “southern gas corridor” is SGC, which was built for the delivery of Azerbaijani gas from the Caspian fields to Turkey and Europe.

“Southern gas corridor” will stretch to 3.5 thousand kilometers away from the fields near Baku to the South of Italy. Gas will be supplied with a giant field Shah Deniz in the Caspian sea with reserves of 1.2 trillion cubic meters of gas. The project cost is estimated at $40 billion.

In June of this year, the then European Commission President Jean-Claude Juncker said that the actions of Turkey in the EEZ of Cyprus is unacceptable, therefore, Ankara will be punished by harsh sanctions.

“We fully agree with Cyprus. What Turkey is doing in the territorial waters of Cyprus is absolutely unacceptable,” — said Juncker.

Greek Prime Minister Alexis Tsipras has also promised that Turkey will feel the effects if the lack of drilling in the exclusive economic zone of Cyprus confirmed.

In the Turkish foreign Ministry said that the EU decision to impose new sanctions against the country will not fix the situation. The Turkish Ministry stressed that these sanctions will not affect the country’s actions in the Mediterranean. Turkey has said it will continue drilling, as it has “equal rights to resources of Cyprus”.

“These decisions are the latest example of how a duet is abusing the EU membership. Turkey will continue to defend their rights and the rights of the Turkish Cypriots and intensify its activities in this aspect,” — said the Minister.

Also spoke about the impossibility to achieve peace and resolve the conflict. According to the Turkish side, dialogue is impossible due to the fact that Cyprus “is not a real state.”

Last year the ships of the Turkish Coast guard was not allowed a military boat with the Minister of defense of Greece Panos Kammenos into the waters Carducci rocks in the Aegean sea.

Kammenos wanted to land on Cardassia rocks and lay a wreath. According to the interior Ministry of Turkey, after the warnings of the Turkish side of the boat with the Greek Minister has left Turkish territorial waters. Cardascia rocks are located in the Aegean sea to the West from the coast of Bodrum.

Later, the Greek foreign Ministry announced the preparation of draft presidential decrees on the extension of the territorial waters of the country, which will start with the Islands in the Ionian sea.

“The extension of the territorial waters is the legitimate and inalienable sovereign right of Greece in accordance with international law. The decision on their extension is the exclusive responsibility of Greece, which has the right to extend its territorial waters when and as it deems fit,” said Genimatas.

The Turkish foreign Ministry has said it will not allow any steps without bilateral agreements.

In July of this year marked 45 years since the invasion of Turkish army to Cyprus in response to a rebellion on the island, in which a legitimate President was overthrown. This has led to a de facto division of Cyprus into Turkish and Greek parts, which are still unable to agree on reunification, despite the fact that the state itself is already 15 years is part of the European Union.

Riot in Portland as armed pro and anti-Trump groups fight with clubs, shields and bricks

After the explosion, the virus: Lebanon faces COVID-19 lockdown after Beirut blast