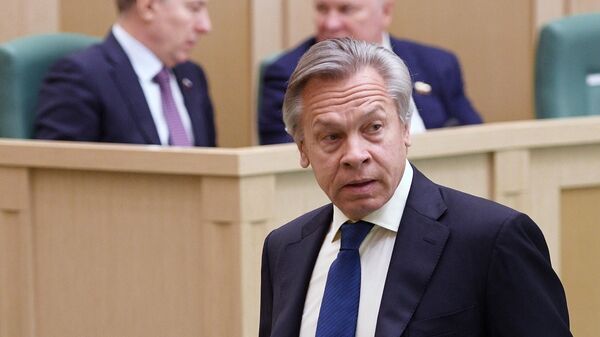 Senator Alexei Pushkov commented on the words of President Vladimir Zelensky that the United States can help the negotiation process in the Crimea.

Pushkov noted that the Ukrainian leader vain hopes of the assistance of the West towards the Peninsula. According to the Senator, in the framework of the Minsk agreements, the question will not be affected, and the support of the US Zelensky inclined to overestimate.

“He (Zelensky. – Approx.ed.) also not helping: trump has neither the desire nor the ability to achieve this. No negotiations Ukraine-USA-Russia will not be”, – wrote Pushkov in his Twitter account.

Earlier Zelensky in an interview with Polish newspaper Gazeta Wyborcza stated that the United States could assist Kiev in the situation around the Crimea.

Crimea became a Russian region in March 2014 according to the results of a referendum held after a coup in Ukraine. For reunification with Russia voted 96,77% of voters of the Republic of Crimea and 95.6% of Sevastopol citizens. Moscow has repeatedly stated that they decided in a democratic way, in full compliance with international law and the UN Charter. According to Vladimir Putin, the question of Crimea is closed completely.