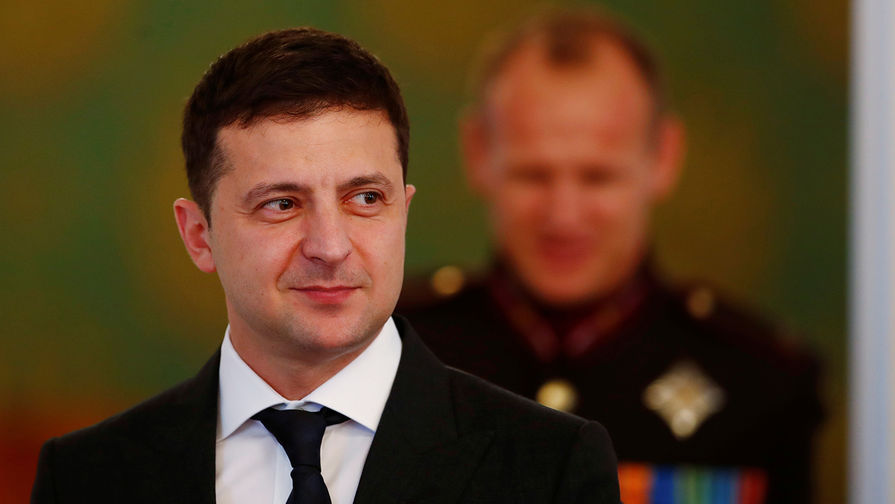 Donbass residents “find themselves” if the Ukrainian state guarantees their rights and freedoms, said the Russian foreign Ministry. In addition, the Ukrainian authorities did not allow citizens residing in the breakaway territories of DNR and LNR, to elect the country’s President. Earlier Vladimir Zelensky said that he will “fight for the lost” beyond the control of Kiev territories of Donbass.

The official representative of Russian foreign Ministry Maria Zakharova said that the people of Donbass will not be lost. So Facebook diplomat commented on the words of President Vladimir Zelensky, who promised to fight for the “lost donbasstsev”.

She noted that the tanks sent by Kiev “can not find people.” In addition, she urged the Ukrainian authorities to ensure living in the Donbass citizens their rights and freedoms — in this case, “people find themselves”.

The Russian diplomat also says that donbasstsy not on their own did not participate in the presidential elections in Ukraine — although this option have been in Kiev. The reasons for all the problems in Kyiv have to search within your state, added Zakharova. She also pointed to the dual citizenship of many Ukrainian politicians who “acted in the interests of other countries.”

Earlier Vladimir Zelensky in an interview with German magazine Spiegel said that he does not consider the true results of a poll in which the majority of residents of the breakaway Donetsk and Lugansk national republics want to live in Russia.

The Ukrainian leader said that everyone is free to choose where he wants to live — but on the territory of Ukraine “unfair” to say that you are Russian, and this is your land. According to Zelensky, so “should not be”.

Speaking of “lost”, Zelensky is referring to those citizens of Ukraine who received Russian citizenship. According to him, the moral right “to blame them for it,” he does not.

“We need to fight to bring those people back. But I’m not going to fight for those who consider themselves solely Russians”, — concluded Zelensky.

In October, the Ukrainian Institute for the future held on the territory of the DNI and LC poll published by the newspaper “Mirror of week”. In Russia the self-proclaimed Republic see 64,3% of their inhabitants.

While 13,4% believe the territory should become “part of Russia, but with a special status.”

A desire to return to Ukraine was expressed by 18.5% of respondents. In this case, “to be a part of Ukraine as before” wanted to 5.1% of respondents, and 13.4% are willing to be part of the Ukrainian state with a special status.

According to the study of public opinion, the question of where must be assigned the special status of Donbass, 56.6% of respondents said that the Constitution of Ukraine, and 34,2% — that a separate law. The publication explained that 6.8 percent of respondents never heard about the Minsk agreement, and the rest were undecided.

41.3% of respondents expressed the view that the territory of the breakaway republics should be independent from the Ukrainian courts, prosecutors and the police. 36.8% of respondents wanted the law enforcement system was subordinated to Ukraine, while 14,2% against.

Full independence of the breakaway republics want to 16.2% of citizens of the Republic.

They also commented on the armed conflict itself in the region. The majority of respondents — 96% expressed the view that for fighting in the Donbass responsible Ukrainian authorities, who came after the events on the “Maidan”.

Civil war in the South-East of Ukraine broke out in April of 2014, when the Donetsk and Lugansk regions of Ukraine proclaimed themselves independent republics after the coup in Kiev. The new Ukrainian authorities in response launched “anti-terrorist” operation (ATO) against the Donbass militia began a military conflict, over five years, claimed the lives of about 13 thousand people.

More than 1.5 million civilians were forced to flee to other regions of Ukraine, Russian Federation and European countries. In April 2019, Russian President Vladimir Putin signed a decree on simplifying the procedure for granting Russian citizenship to the inhabitants of the DNI and LC.

Zelensky, as well as his predecessor as President, calls Russia “aggressor” and lay on Moscow blame for the civilian deaths and destruction in the region. The Ukrainian security forces for five years continue shelling the civilian population of the breakaway DNI and LC. Russian government involvement in the conflict deny it recognizes the OSCE, the Russian troops in the Donbas not.

Vladimir Zelensky in the dialogue with Russia is skeptical. Shortly after the election of the new President of Ukraine complained that in the former “brotherly Nations” have very little in common.