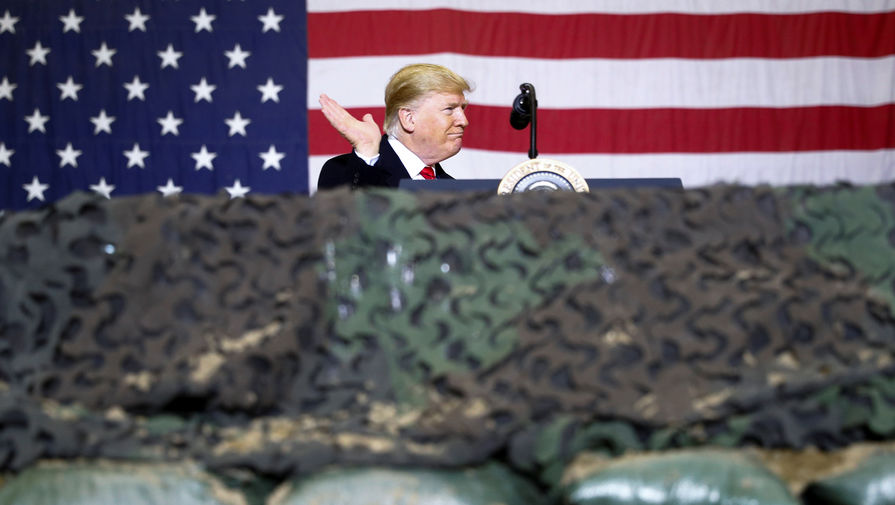 Donald trump tried to undermine the constitutional role of Congress and compromised American elections, said the head of the legal Committee of the house of representatives Jerrold Nadler for the first expert hearings. In his opinion, the actions of the President of the United States give reason for his impeachment.

“The President abused the powers, trying to undermine the constitutional role of Congress, compromised our elections, I urge my colleagues to follow their oath. The President’s actions trump pose a threat to national security and a direct threat to the next election,” said Nadler.

The majority of Americans are ready to impeach trump, who was trying to obstruct justice, said the head of the Committee.

However, the Republican leader in the Committee, Doug Collins disagreed with his colleague, in his opinion, the Democrats “concerned about the election next year” and their actions caused by fears that they will lose to Trump.

The Democratic party in September launched the process of impeachment trump in the house of representatives. The reason was an anonymous complaint intelligence officer, who allegedly caught the President of the United States of putting pressure on the Ukrainian leader Vladimir Zelensky. Employee of the special services claimed that trump demanded the President to initiate an investigation against the son of former Vice President Joe Biden, hunter, and otherwise threatened to deprive Kiev of the financial support of the United States.

The President did not put the beginning of the investigations against political opponents as a condition of providing military assistance to Ukraine, said Collins after a hearing in the judiciary Committee, and Kiev was not aware of the fact that it froze when trump talked with Zelensky.

“This is contrary to the testimony of the witnesses, who told of members of the Ukrainian Embassy was concerned about the delay in aid”, — said the leader of the Republicans.

The white house called hearings in the legal Committee “a bad day for Democrats”, who have listened to three professors about whether Democrats gathered evidence of grounds for impeachment.

“Today was a good day for the President of trump and a bad day for Democrats. The only thing that came up with three liberal professors at the hearings the Chairman (Jerrold) Nadler is their political bias against the President”, — noted in administration of the head of the country.

The trump called on Democrats to apologize to the Americans for the investigation against him. According to him, he asked Zelensky open the case for US, not themselves.

“When I talked to the President of Ukraine: “I want you rendered US a service, because our country has been through a lot and knows about Ukraine”, by “we” I meant US, our country,” — wrote the President on Twitter.

The special Committee on intelligence of the house of representatives yesterday approved a report on the impeachment of trump. The document was supported by 13 lawmakers, opposed by nine.

In a 300-page document argues that the US President has organized an “unprecedented campaign” to hinder the investigation. Trump allegedly intimidated witnesses to prevent the progress of the case, the authors of the report.

By the way, the house of representatives has the exclusive right to formulate and bring charges against the President under impeachment. Congressmen looking for a reason to investigate, then provide them to the legal Committee, where it discusses the allegations. If members of the Committee recognize the existence of grounds for impeachment, then preparing the actual indictment.

If the legal Committee will support the intelligence report, it will be forwarded for consideration by the full house of representatives. For document approval requires a majority of votes of members of Congress that the Democrats can provide without the support of Republicans.

However, currently the majority in the Senate belongs to Republicans who do not support the investigation against the President of the United States. Therefore, it is likely that the Senate will vote against the charges, confounding trump.