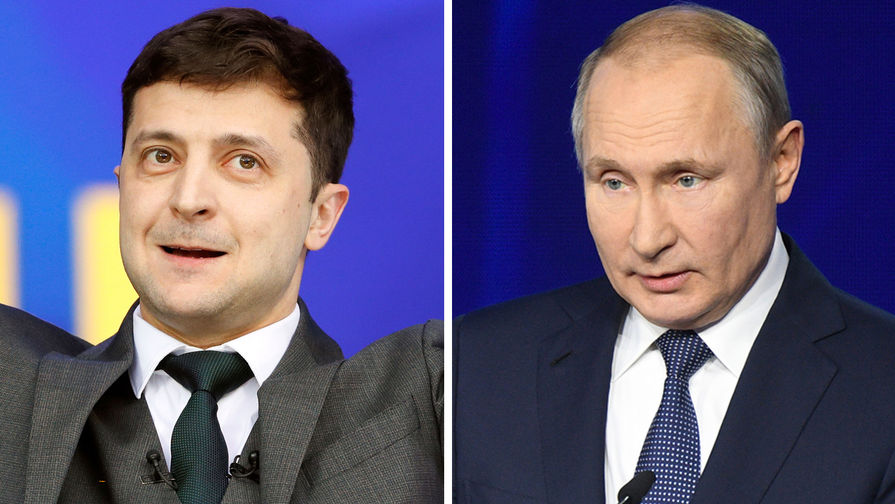 The Ukrainian leader Vladimir Zelensky held a closed national security Council meeting ahead of the meeting in the Normandy format is planned for Monday. Following the meeting the NSDC Secretary said that after the summit the leaders of Russia, Ukraine, France and Germany can be expected even escalation of the situation in the Donbass.

The Council of national security and defence (NSDC) of Ukraine at a closed meeting on Saturday agreed on a scenario of reintegration of Donbass, said the NSDC Secretary Alexey Danilov.

“Today at the meeting of the Council of national security and defense took one of the scenarios that will be implemented, as the main. It provides for the return of the occupied territories of Donetsk and Lugansk regions of Ukraine”, — quotes its words Ukrainian edition of “Gazeta”.

He explained that he can not disclose all the details of the strategy, so as not to harm the results of the meeting in Paris, and added that the issues had worked for 22 companies.

“The President goes to Normandy meeting armed some information that is absolutely useful in the interests of our state”, — said Danilov. According to him,

after the meeting, “Norman Quartet” as a possible end to the conflict in the Donbass, and escalation.

Saturday’s meeting of the Council under the leadership Zelensky was convened following the meeting in the office of the President of Ukraine, which was held in early December in preparation for the meeting in the “Normandy format” on settlement of situation in Donbas.

Then approved five scenarios reintegration of the breakaway territories of DNR and LNR. The details of these plans is unknown, but after meeting Zelensky clearly stated the inadmissibility decision of the conflict by military means.

Zelensky meeting with the national security Council can be regarded as an attempt to compare notes ahead of the trip to Paris for a summit “channel four”, where he will meet leaders of Russia, Germany and France. On December 9, Zelensky will have the first meeting with Russian President Vladimir Putin.

As stated in conversation with “Газетой.Ru” the former Deputy of the Verkhovna Rada Volodymyr Oliynyk, in the framework of the meeting of the national security Council and defense of Ukraine probably has been discussed Zelensky trip to the summit, and his return with him.

“Because the arrival Zelenskaya Ukraine, regardless of the outcome of the summit, will not cause the rapture brand. There is already waiting for him to swing the situation further”, — the expert believes.

The fact that the leaders of the three Ukrainian opposition parties — Petro Poroshenko, Svyatoslav Vakarchuk and Yulia Tymoshenko — urged citizens of Ukraine to come to the square before the Paris summit. They demanded to recall Zelensky about “red lines” — the basic requirements of the Ukrainian people on Donbass. This includes support of the European integration course, “the return of the Crimea” and the rejection of elections in the DNI and LC without the “conditions of security”.

While in opposition also fear a possible meeting with Putin Zelensky tete-a-tete. According to Poroshenko, President of Ukraine should avoid meetings in this format with the Russian leader.

“If this cannot be done, not to succumb to his KGB-shnye manipulation and flattery, playing on the emotions and the shortcomings of the President,” urged Poroshenko.

Talks with Putin require “quick reactions, nerves of steel and thick skin”, says the former leader of Ukraine, as Russian President supposedly can never be trusted.

Poroshenko says that Putin uses a number of “favorite chips” during negotiations, in particular, he was allegedly trying to forget about the Minsk agreement, and “shifts the blame” for attacks on civilians in the Donbass on the Ukrainian military.

It is worth noting that allegations of former President of Ukraine can rather be attributed to him. Moscow has repeatedly accused Poroshenko waiver of the Minsk agreements. In particular, the Kyiv during his presidency systematically avoided direct dialogue with representatives of the DND and LNR, and did not want to discuss the issue of granting Amnesty to the participants of the military conflict. In addition, the Republic of Donbass has consistently reported about the shelling of civilians by Ukrainian security forces, and Poroshenko could not bring irrefutable evidence in support of the APU.

Kiev has not commented on the possibility of bilateral talks between the leaders of Russia and Ukraine, but the Kremlin has declared Putin’s desire to hold separate meetings with all participants of the summit.

As noted by press Secretary of the President of Russia Dmitry Peskov, the head of state goes to meet with a serious attitude, and the main expectation from the summit is to promote settlement in the Donbass.

It is not specified whether the chart is written in a separate meeting between Putin and Zelensky.

Himself Zelensky convinced that without a dialogue with Putin resolution of the conflict in the Donbass will be in place.

“It’s about like running on a treadmill — you’re doing something, but you’re on the spot. We don’t want to be in the place we want it to be over,” — said the President of Ukraine.

By the way, on the organization of the summit initially insisted Zelensky, he even during his election campaign promised to establish peace in the Donbass. While the achievements of the Ukrainian leadership in this direction are not many, and they are all connected with the forthcoming summit in the Normandy format.

Kiev had to fulfill a number of conditions for the organization of the summit to resolve the crisis in the Donbass. First, Ukraine has agreed to the implementation of the “formula Steinmeier,” which was agreed on all submitted contact group on the situation in the South-East of Ukraine.

“Formula” provides for the granting of the temporary special status of DND and LNR. The main purpose of the agreement is the holding of elections in non-government controlled areas. During the election campaigns must observe the representatives of the OSCE, if the elections are recognized as legitimate the special status of the republics of Donbass will become permanent.

In accordance with the implementation of the initiative and the Minsk agreements, Ukraine, DNR and LC organized breeding of forces in the towns of Golden and Peter. This was the last obstacle to the organization of the Normandy summit.

The Ukrainian side during the talks, expects to obtain approval of the cease-fire and agree on a large-scale exchange of prisoners between Kiev and republics of Donbass.

“Ahead of the meeting Zelensky should learn the Minsk agreements by heart, because the other members know them. But to operate within the established format rules” — says Oleynik.

The President of Ukraine are not particularly familiar with the conventions, he said, it is the desire of the head of state to rewrite them.

In the Kremlin assured that following the meeting, the parties can make a non-binding document. Moscow urged not to have excessive expectations from the negotiations leaders “channel four”.

However, Kiev still hopes to reach the summit of real progress on the situation in the Donbass. Zelensky also expects to discuss the situation around the Crimea, which the Ukrainian side is systematically trying to “return”.

The Peninsula became part of Russia in March 2014 after a referendum. Despite this, most Western countries do not recognize its outcome. Moscow believes the issue of ownership of the Crimea is closed, and is not going to discuss it.

“Norman four” were removed from this issue as, even with Poroshenko. If he raise, I do not think that it will support France or Germany. The summit is connected with the Donbass to discuss the Crimea there are separate platforms,” concluded Oleynik.