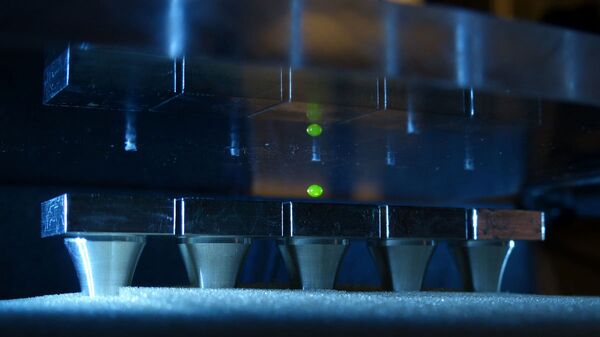 Scientists of Tyumen state University (TSU) investigated the behavior of clusters of levitating droplets of water. The study is published in the journal “Langmur”.

Self-regulation is very interesting for scientists in the process. It operates in systems with different physical nature and probably has General regularities that define the geometry of these systems and mechanisms of self-regulation.

Research snowparadise systems and the effect of clustering is still far before the creation of the generalized theory. Great attention of scientists attracted to, for example, acoustic cluster (particles are arranged in the acoustic field) or colloidal cluster (oil microdroplets spontaneously going in the water).

“Clusters are an intermediate system. On the one hand, interacting particles quite a lot, on the other – is extremely small in comparison with the continuous medium. There are processes that are very difficult to mathematically describe and systematize. They depend on many system parameters and, most important, the number of the interacting cluster particles”, – told RIA Novosti head of the laboratory microhydrodynamics technology, Institute of environmental and agricultural biology, Tyumen state University Alexander Fedorets.

According to him, the usual cluster of several hundred droplets has a hexagonal structure. When the number of drops does not exceed a few dozen, let’s call them small clusters, “the voice” every drop becomes the determining factor – if you add one drop of whole cluster changes its structure.

“After many years of research, when it seemed that we register all possible variations of the structure of the cluster, a new type of structure was a big surprise. In a crowded cluster droplets become too big an obstacle for steam-driven jet, and nature offers a simple solution: drops are arranged in a chain, forming a relatively wide channels. As in the old city with a chaotic development to break straight avenues,” said Fedorets.

In his opinion, these data allow a better understanding of the cluster and, accordingly, use it as a tool to study chemical and microbiological processes in microcaps aerosol, including, in the Earth’s atmosphere.

In the future, the researchers plan to see if there is something in common in drip chains, for example, molecules of polymers, which can also be seen as a chain semistructured system.