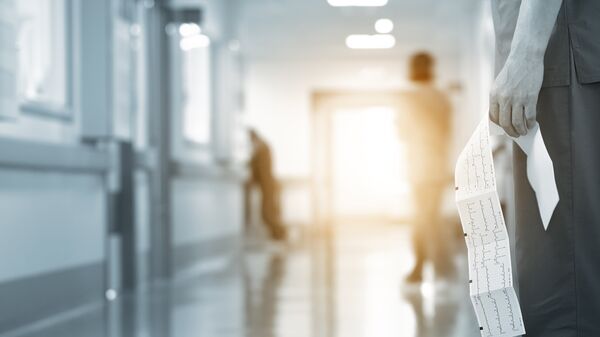 Spanish doctors resuscitated 34-year-old Briton, whose heart stopped on six and a half hours due to hypothermia, the newspaper Vanguardia.

The incident with Audrey Meg and her husband in the Catalan Pyrenees occurred on November 3, but the doctors from the hospital Vall d’hebron in Barcelona spoke about the “exceptional case” only on Thursday.

The pair was taking a walk in the mountains, when the onset of bad weather, the woman lost consciousness. The husband said that she had no pulse, breathing and General signs of life. At the time of arrival of rescuers the body temperature of the Mash has fallen to 18 degrees Celsius.

For the resuscitation of the women in the clinic were involved in the system of extracorporeal membrane oxygenation (ecmo), which is a cardiac stimulant still managed to recover.

To the surprise of doctors, the woman has not observed any neurological complications with the exception of the loss of sensitivity of the fingers, with the result that she had to buy new pants because of the problems with doing up buttons.

According to an employee of the clinic of Eduard Argudo a key factor for the resuscitation of the Brits was the state of her brain. “It is a rapid cooling of the brain, and his need for oxygen decreased sharply even before the heart stops” — he said.

It is noted that the cases of resuscitation of a victim with such a long cardiac arrest are unique, in Spain this was the first time.

Airport in Thailand, will become an international

In Moscow was held the evening "Hokkaido is delicious!"