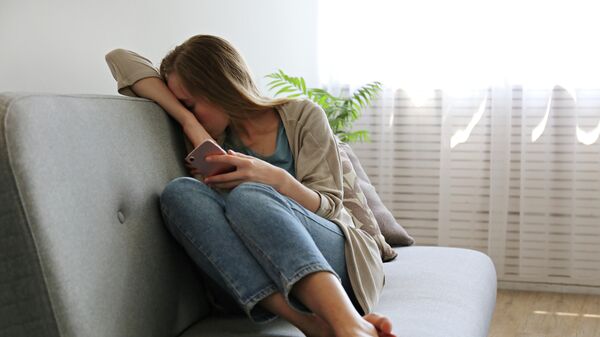 Scientists have found that vitamin D deficiency is only one of the factors in the emergence of depression in women, but not the main reason, as previously thought. The study is published in the journal Current Neuropharmacology.

Vitamin D is a group of important compounds in the human body, among which D3 (cholecalciferol) is found in meat and oily fish, and D2 (ergocalciferol) — for vegetables, greens and fruits. His main role in the body is to provide the absorption of calcium and phosphorus in the intestine. Also, it is important for anti-inflammatory and antitumor protection of the organism and performs many other functions. Vitamin D deficiency leads not only to problems with the bones (e.g., all known rickets), but also to mental and neuropsychiatric disorders.

Russian scientists from St. Petersburg University ITMO together with colleagues from Italy and the UK analyzed more than a hundred clinical studies of depression in women and related to vitamin d deficiency.

Depression in the modern world has become very common affective disorder. It affects approximately 840 million people, with women affected by the disease in 2 times more often than men. This is due to the instability in hormonal levels that occur during certain periods of a woman’s life: puberty, pregnancy, the time after childbirth and menopause.

Age-related changes and ovarian failure are given to the woman especially hard. However, due to the current economic situation and the pension reform in Russia during this period of her life she is forced to continue working. Together these conditions lead to a complete imbalance of the nervous system — that’s why women during menopause often recorded overt psychiatric symptoms and affective disorders of the depressive type.

In favor of the fact that depression is associated with vitamin D deficiency, say a few facts. First, people with depression vitamin D level is usually below normal. Moreover, its receptors are located in parts of the brain responsible for behavior and emotions. Vitamin D regulates the production of “happiness hormone” serotonin, and is involved in the immune system, which can affect the level of stress involved in the mechanisms of neuroinflammation, leading to neuronal cell death.

However, numerous studies, in which scientists tried to influence the depressive state, increasing the dose of vitamin D, did not give a clear result because they involved patients with a variety of additional diagnoses.

There is evidence that the occurrence of depression is also affected by the problems associated with the intestinal flora, such as bacterial overgrowth or irritable bowel syndrome. In this case, the intake of vitamin D3 would have an integrated effect, normalizing processes in gut and nervous system.

“Thus, in the current literature identified several lines of clinical evidence indicate a close relationship between vitamin D and depression in women — presented in a press release of the Russian science Foundation, which supported the study, in the words of one of the authors of the article Yulia Fedotova, doctor of biological Sciences, leading researcher of the laboratory of neuroendocrinology of the Institute of physiology named after I. P. Pavlov of the Russian Academy of Sciences (St. Petersburg) and specialist of the International scientific centre “Biotechnology of the third Millennium” of the ITMO University. — Magnesium deficiency can affect the appearance of mood disorders, however, it remains the only one of the additional complicating factors, not the root cause. However, many aspects of how vitamin D affects depression, are still outstanding. Further studies are needed to examine the potential positive effects of vitamin D in the treatment of affective disorders in women”.

The authors hope that their findings will help in the development of new treatments for depression.