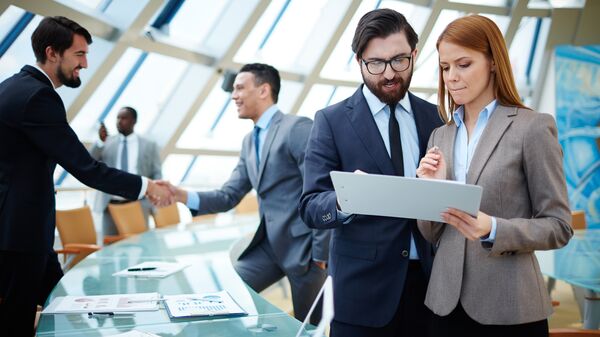 Scientists of the Moscow state University of psychology and education (msupe) investigated the differences in the tasks people with different thinking styles and found that “analysts” (mostly people of Western Europe, USA, Canada, South Africa and Australia) is faster to solve problems in competition and “Christy” (mostly East Asian, Latin America and Russia) – for cooperation. The authors suggest to use the results of research in pedagogy.

According to scientists and education, the thinking of people of different cultural background may be “analytical” and “holistic”. Analytical thinking involves focusing on the object itself, the study of its internal structure and laws. Analyticity, in a greater degree characteristic of countries of Western Europe, USA, Canada, South Africa and Australia, involves a tendency to put every object and phenomenon and assume that integer is the sum of the parts. Analysts believe that events in life change is linear and progressive. They are more inclined to use formal logic.

Holistic thinking involves a greater consideration of social context, emphasis on the relationships between objects and phenomena. Holisticaly, according to experts, is typical especially for the countries of East Asia and Latin America and for Russia, involves the consideration of any object or phenomenon in the context of the environment. Holisti consider life as dynamic, and understand that these changes are often unpredictable. They largely explain the events of life context situations.

“We showed that in Russian culture is analysts (the media of the Western mentality) and Christy (native Asian). Their brain providing a solution of the problem differs and depends on what social interactions they are. So, we have shown that analysts cerebral support of objectives takes place faster in competition, and Halitov – in cooperation”, – told RIA Novosti the Professor of the Institute of experimental psychology, msupe Yuri Alexandrov.

According to the researchers, this may explain the development in the West of individualism and hard focus on competition, and to the East of collectivism. However, it is important to understand that in any society requires the presence and those and others.

“On the solution of tasks we have shown that pairs which include analyst, and kholist, solve cognitive tasks better (faster and better) than a pair of analyst + analyst and kholist + kholist. Thus, we can speak about complementarity,” said researcher and education Vladimir Apanovich.

In favor of this, scientists say, according to the results of another study in which they showed that analysts and holisti better solve different problems. Analysts successfully cope with activities that built on the possibility of application logic, separation of tasks into separate elements – stages. Christy, on the contrary, are better in solving tasks involving emotional and intuitive sphere, associative and creative thinking.

According to scientists, the results of the study can be applied in teaching, because the differences between analysts and cholistani is most clearly expressed when they are learning new skills.

“It can be argued that the success of learning can oposredovanie social context – the prevalence of competition or cooperation within the group,” – said Yuri Alexandrov.

In the future, experts plan to more carefully trace the learning process analysts and Hristov and to investigate the changes in cerebral collateral in the process of acquiring a new skill.

The results of the study presented at the scientific conference “Nonlinear dynamics in cognitive research”.