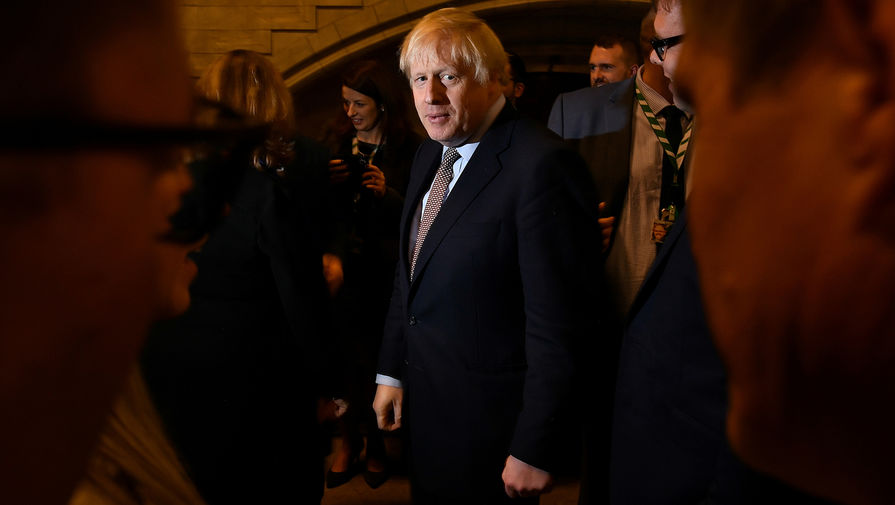 Boris Johnson supported the publication of a report on “Russian interference” in the political processes of great Britain. The document allegedly contains information about Russian sponsors of the Conservative party, the media write. The report should publish a new Committee of Parliament on intelligence, which will appear in 2020.

Prime Minister Boris Johnson has approved the publication of the report about the “Russian interference” in British democratic processes. Before this disclosure document was frozen Cabinet before parliamentary elections.

The exact date of publication of the report are still unknown, writes the Press Association with reference to the representative of the Prime Minister, this issue will decide a new intelligence Committee in the British Parliament.

“The Prime Minister has carefully studied the report prepared by the former Committee. He is confident that the disclosure document will not jeopardize the work of those bodies, which ensure the security of our country”, — said the employee of the office of the Prime Minister.

The new intelligence Committee will be formed only after the beginning of the Parliament, which before the Christmas break should have time to appoint a speaker and listen to the speech from the throne Queen Elizabeth II. Themselves committees will be formed after the holidays, therefore, the report of the Committee on investigation may appear as early as in 2020.

The report on Russia was prepared by committees of the British Parliament in mid-October, and, as claimed by former Conservative MP Dominic Grieve, the British intelligence agencies studied and approved the document. However, the Cabinet froze the publication before the election that sparked outrage among opposition representatives.

The leader of the labour party Jeremy Corbyn repeatedly criticized Johnson for “concealment of the document.” According to policy, the document refers to “Russian interference” in British politics, in particular, a referendum on the exit of London from the EU.

The report allegedly contained the names of nine more Russians who could sponsor the Conservative party, writes The Sunday Times. The sources claim that some of them were close to the Prime Minister.

Johnson himself has consistently denied the possibility of Russia’s interference in British politics, as there is no evidence of this.

“I think we should be very careful before just to cast a shadow at all coming from any country just because of their nationality,” — said the Prime Minister.

Situation report on Russia is overly exaggerated, I’m sure the Johnson, it does not contain any evidence that Moscow interfered in British elections or Brexit.

In Russia also deny any accusations of meddling in the Affairs of other States. As noted by the Russian Ambassador in London, Andrey Kelin, all the speculations around this topic are connected with the elections to the Parliament of great Britain. He also stressed that a number of politicians “dishonestly exploit” the issue.

In the beginning of December, British intelligence agencies began to check “the involvement of Russia” to leak secret data from the Ministry of foreign trade of the United Kingdom. We are talking about information on the secret negotiations in London and Washington, which hit the net.

According to reports, the sides discussed US involvement in the British health system after Brexit, namely the purchase of American drugs at higher prices. Of informing a suspect “Russian hackers”, but no evidence yet.

The source of the leak needs to find the experts of the Center for government communications UK, which is responsible for signals intelligence and protection of classified data. By the way, experts will examine the possible involvement of employees of the Cabinet to a drain of information.

It should be noted that the report on Russia and data leakage were associated with the election campaign in the UK, both issues were actively used by opponents of Johnson. Elections to the Parliament took place on 12 December and ended with the victory of the conservatives headed by the Prime Minister. The conservative party won 365 of 650 seats in the house of Commons — the vast majority of her main rivals the labour party got 203 mandate. Third place went to the Scottish national party — 48 seats, the fourth was the liberal Democrats — 11 seats. Other parties and independent candidates shared the last 23.

Thus anti-Russian speech didn’t help the opponents of Johnson. The main opponents of the conservatives — the labour party — was soundly defeated, receiving 59 mandates less than in the elections of 2017.