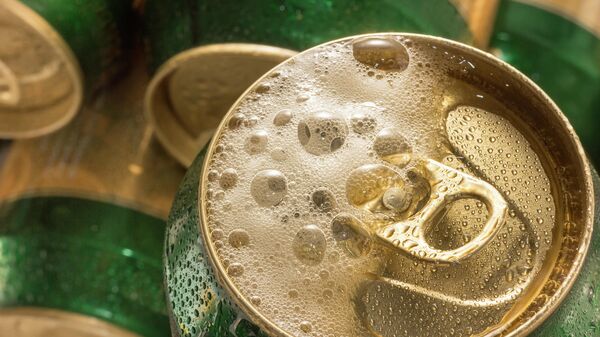 Scientists have found that pre-tapping a pot of beer prevents splattering of foam when opening. Much more important to capacity with craft beer before there was alone. The study is published on the website arXiv.org.

Many are probably faced with an uncomfortable situation when opening banks with beer foam splash in hand, and thought about how to avoid it. It is believed that the beer won’t spill if you knock with your finger on the Bank.

Thus, the following theoretical rationale: the carbon dioxide bubbles formed on the inner surface banks, depressurization avalanche upwards, forming a foam, and if you knock on a closed jar, all the bubbles will gather in the upper part and at opening foam will be weaker.

Danish scientists led by Spinoi Elizabeth (Elizaveta Sopina) from the University of southern Denmark in Odense decided to check if it works this way.

“As a scientist, I always wanted to know whether it is effective” — presented in a press release, the words of Elizabeth Spinoy.

For the experiment, the manufacturer of the beer has provided scientists 1031 a jar of beer with a capacity of 330 milliliters. About half of the cans were previously placed for two minutes in a mechanical shaker that simulates the transport on the bike. The other half of the cans are not shaken. Part of the cans of the first and second groups before opening, tapping, clicking three times with your finger at the side part. In the end, all banks were divided into four groups: who was shaking and not tapped (256 pieces); not shaking, but tapping (251); who was shaking, but not tapped (249); which shook and rattled (244).

Before and after opening each jar, weighed, estimating the amount of lost beverage with a precision of 0.01 gram. Those banks that were shaken in the shaker at the opening of lost an average of 3.45 grams of beer, and remained alone banks — 0.51 grams. The finger tapping had no effect on the results.

“This suggests that tapping does not help the bubbles to climb up, says Sopina. Maybe because beer contains proteins of barley, which stabilize the gas bubbles. The proteins inhibit the growth of bubbles above the liquid surface. This process helps to create a foamy head in the glass of beer.”

Thus, the method of tapping does not work, scientists say. The only way to avoid losses and to keep your beer — do not hurry to open it immediately, if the Bank were shaking, and let her stand up, and drink to “calm down”.

The authors think that the method of tapping may be effective for other soft drinks that do not contain proteins. But to say it clearly, more research is needed.