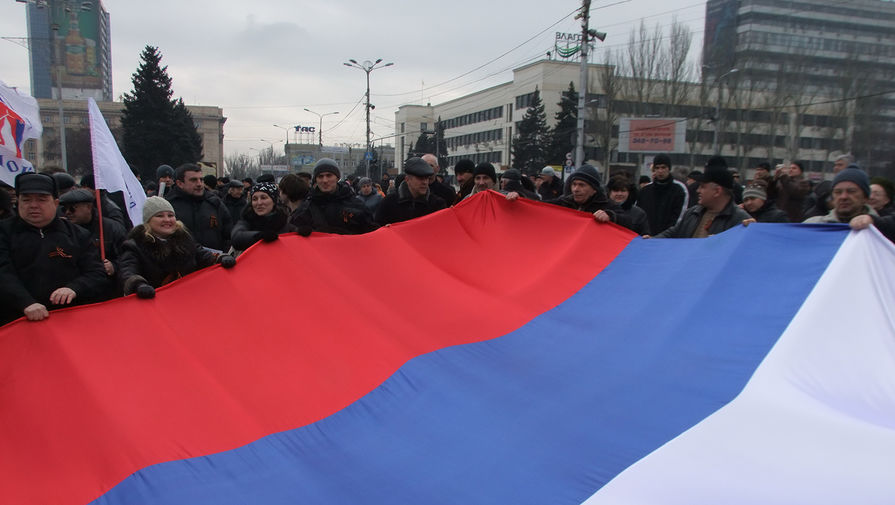 The head of the breakaway DNR and LC stated that they want to integrate with Russia, despite the opinion of Kyiv and its Western partners. The authorities of the republics noted that this process would not contradict the Minsk agreements, which must be fulfilled by the Ukrainian side when negotiating with them.

The self-proclaimed authorities of Donetsk and Lugansk people’s republics said they wanted to integrate with Russia. About it the head of the Republic said during the joint briefing, reports TASS.

“After the meeting “channel four” we understand who our friend and who is our enemy… We want to go in the same direction with Russia, and we will systematically go to it, regardless of the views of Kiev…

Moreover, integration processes with Russia does not contradict the Minsk agreements”, — said the head of DNR Denis Pushilin.

This intention was confirmed by his Luhansk colleague Leonid beekeeper. “We believe that integration with the Russian Federation is absolutely not contrary to the Minsk agreements, and we will continue to exercise without regard to the fact, does it agree with [the President of Ukraine Vladimir] Zelensky and its Western partners or not,” he said.

Earlier, the Donetsk authorities have repeatedly claimed to hold a course for integration with Russia. Pushilin said that the Republic is going to enhance these processes.

The head of the breakaway republics of Donbass, urged Kiev to agree with them issues of implementation of complex of measures on settlement of the conflict in this part of Ukraine.

“Kiev now faces a choice — or to start negotiating with us on all issues resumption of peace within the framework of a package of measures, or openly admit their inability to meet their obligations. In this case, Ukraine will have to answer for the failure of the Minsk talks”, — he issued an ultimatum to the President.

“We advocate the need to respect the Minsk agreements, decisions of the Normandy format and mandatory consultation with the representatives of both republics to all aspects of the occurrence of the world”, — said the head LNR.

He believes that the Kiev authorities are deliberately delaying the process of exchange of prisoners, because they do not want “to provide the net exchange according to the “all installed on all installed”. “Denial of full legal clean swapped faces spoke about the desire of Kiev to resume and criminal prosecution”, — said Pushilin.

Meanwhile, the OSCE said that the lists for a mutual exchange are being prepared, reports RIA “Novosti” with reference to the coordinator of the European organization in the humanitarian sub-group on Donbass Tony Frisch.

“This is a complex work, it requires a lot of time and I can’t, at least today, to say: these people from the ORDO (separate districts of the Donetsk region), those of the astronomical clock (separate districts of Luhansk region) and those from Ukraine. There are lists of more or less preliminary, but not final decision,” he said in an interview with the Russian news Agency.

Frisch recalled that at the summit “channel four” the parties agreed that the exchange should take place before the end of the year and according to the principle “all for all”, that is “no due date and, of course, there is no finally defined list”.

At the same time, he drew attention that the discussion of this question need to be addressed in the working group. “We can probably make another step during the next meeting on Wednesday this week. But it depends on the willingness of the parties: how far they want to go, how ready they are, what obstacles they need to resolve and what administrative steps need to be taken”, — said Frisch.

The exchange is held in the Donbas and Ukraine was one of the points of the final communiqué of the meeting of leaders of Russia, Ukraine, France and Germany, which took place on 9 December in Paris. In addition, the document stresses that the Minsk agreements remain the basis for the settlement of domestic conflict in the framework of the Normandy format. The summit also envisaged the establishment of a contact group of three new sites for the cultivation of forces at the line of contact and carry out this process by March 2020.