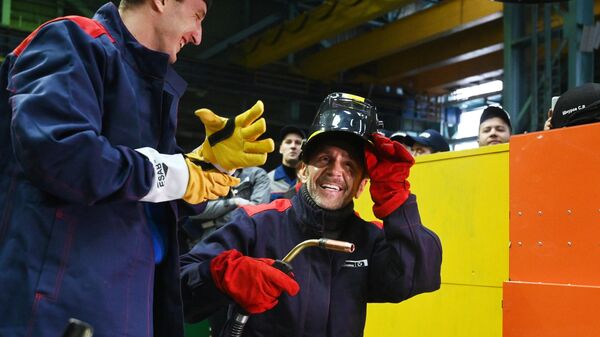 Julia Nikulina. Machine builders using a plant for the production of equipment for nuclear power plant “Atommash” (part of Rosatom) held a master class on welding for the leader of the music group “Leningrad” Sergei Shnurov, who came to the plant to see the “welder of the future”, the correspondent of RIA Novosti.

In late November, Cords and the Minister of education Olga Vasilyeva on the TV channel “Russia-24” had a discussion about how to motivate young people to obtain working profession. According to Shnurov, now in the Russian society “is a vision of the welder, which is reinforced by the fact that we immediately recall the Soviet past, a bottle of vodka, a TV – and that’s a welder.” After that, workers of the “Atommash” invited artist to the plant that show “the welder of the future.” Cord accepted the invitation. 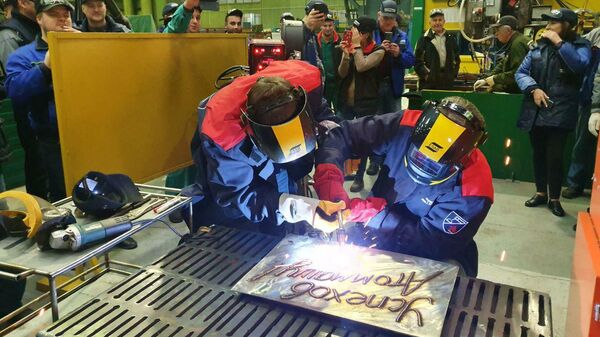 At the factory he was introduced to running welders and showed how to produce equipment for nuclear power plants. In particular, Cords inspected the manufacture of reactors and steam generators. In the welding center for it gave a master class. After that he cooked his signature on the metal plate with the inscription “Atommash”.

Welders “Atommash” the last five years, became the absolute winners of the Russian national championship of working professions WorldSkills Hi-Tech. In 2018 on the basis of Atommash OJSC has opened a Centre of professional competence “Welding technologies”, where the WorldSkills Champions act as mentors. The training is designed to prepare new Champions of Russian and international class and the professional development of welders of enterprises in nuclear and other branches of Russian industry.

Engineering giant Atommash (Volgodonsk, Rostov region) was built in the 1970-ies as the largest domestic manufacturer of equipment for nuclear power plants. In 2012 the company became part of the machine-building division of Rosatom holding “Atomenergomash”.