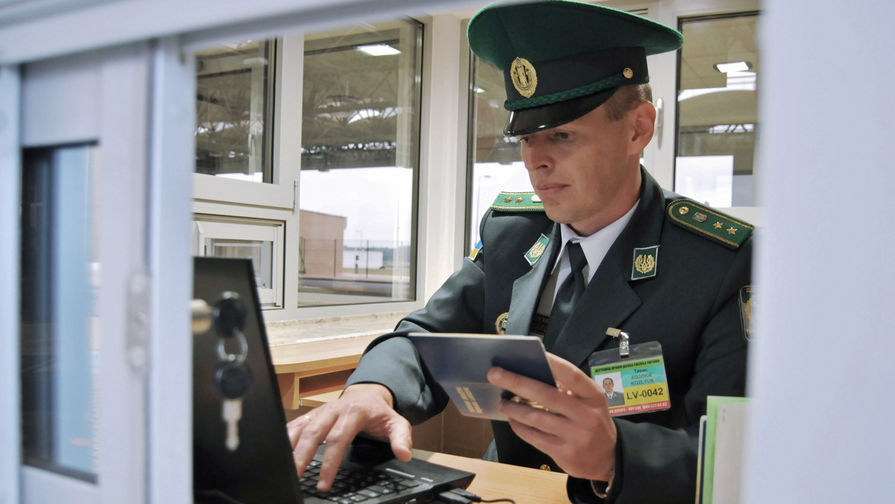 The Ukrainian authorities have banned the country’s citizens to travel to Russia with internal passports and birth certificate. Since March 2020 Ukrainians will be able to travel on the Russian territory only with the passport. In Kiev believe that such measures will reduce the time of border control.

The government of Ukraine tightened rules for crossing the Russian border for citizens of the country, said Prime Minister Alexey Goncharuk. According to him, since March 2020, citizens will be able to cross Russian-Ukrainian border only on foreign passports.

These measures will be in effect only when you exit from the territory of Ukraine, said the Prime Minister, they do not apply to the entry.

The restrictions will reduce the time of border control for Ukrainians wishing to travel to Russia, the Prime Minister said, as the information from passports is read by special devices.

The introduction of a new order in early December, announced the Director of the Department of consular service of the Ukrainian foreign Ministry Serhiy Pogoreltsev. Thus the Cabinet of Ministers of Ukraine suspended the agreement with Russia about visa-free trips of citizens, noted the diplomat.

The new law defines the list of documents, which allows the Ukrainians to leave the country, said the victims of the fire, in addition to the passport, we are talking on diplomatic and service passports, as well as the identity of the sailor and crew member.

Toughening of rules of crossing of border with Russia, the diplomat explained the presence of “threat” to national security of Ukraine from Moscow. According to Pogoreltsev, evidenced by the “Russian military aggression” against Ukraine.

Among other reasons, the employee of the Ukrainian foreign Ministry called the deterioration of the situation with fake internal passports and birth certificates in Ukraine.

“This question is relevant for proper identification of persons crossing the state border and the protection of rights and interests, especially citizens of Ukraine”, — said victims of the fire.

While Kiev 2015 forbade the people of Russia to enter Ukrainian territory on internal passports, these measures were adopted from the “security reasons”. In turn, Moscow did not enter the mirror measures towards Ukraine, Ukrainians still can get on the Russian territory according to internal documents.

As noted by the head of the international Committee of the Federation Council Konstantin Kosachev, the Ukrainian authorities are trying to force its citizens not to travel to Russia.

“They can’t convince not to go to the “aggressor”, which for some reason is not afraid to let the “enemy” without visas and passports. So I decided away from sin to “beat her to other people’s fear”. Can’t stop to go — enter the maximum difficulties”, — said the Senator.

Their actions Kiev is trying to force the people of the country to the “European choice”, said Kosachev, now the government of Ukraine will report on how “Ukrainians are less likely to go to Russia,” choosing a visa-free Europe.

However, the Ukrainian authorities are not only concerned about their citizens on the Russian territory, but also granting them Russian citizenship. In particular, the Kyiv condemns Moscow’s actions against residents of the self-proclaimed DPR and LPR, which in the spring can get a Russian passport under the simplified scheme.

Subsequently the initiative was expanded to all citizens of Ukraine residing in the South-East of the country. Such measures are of a humanitarian nature, according to Moscow. However, Kiev still does not support this decision and refused to recognize the new passports of the residents of Donbass.

The President of Russia Vladimir Putin after the introduction of the measures noted, that Moscow is not trying to create problems for the government of Ukraine. In his opinion, the decree required the inhabitants of these areas because of the conflict in the Donbass.

By the end of 2019 Russian passports have already received more than 60 thousand inhabitants beyond the control of Kiev territories, more than 100 thousand have applied and are awaiting decision of the authorities.