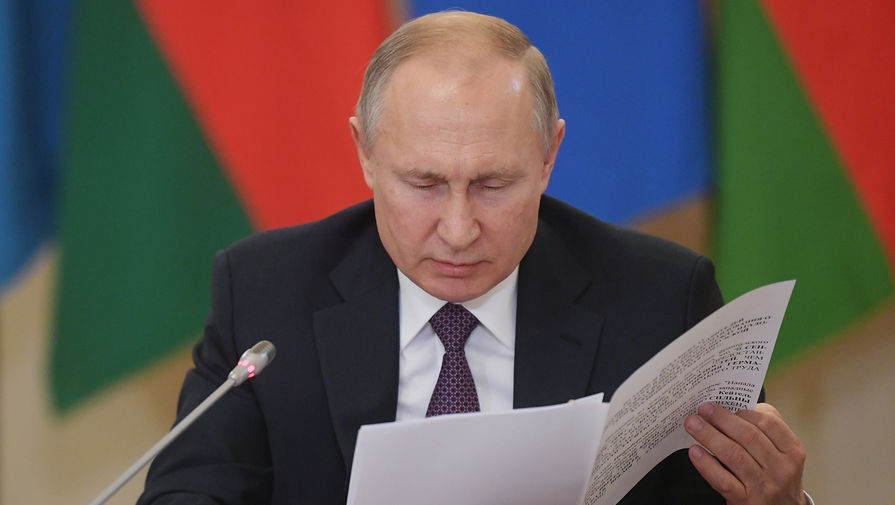 Poland will analyze the words of Vladimir Putin on the need for a diplomatic response from the Republic, said the representative of the Polish foreign Minister Shimon Cross. Thus he reacted to the recent statement of the Russian President about the fact that Poland participated in partition of Czechoslovakia and the entry of the red army on Polish territory in 1939 was done for the good of the country.

Polish diplomats had decided to perform the words of the Russian President Vladimir Putin about the Second world war and the partition of Czechoslovakia. This was announced by Deputy Minister of foreign Affairs of the Republic of Shimon Cross vel Senko, reports TASS.

“Will there be a reaction to this particular statement? Please give us time to make this statement is to analyze and study it and decide whether it needs to be a diplomatic response,” — said the Polish diplomat

on the question, will there be any reaction in response to Putin’s words affected at a press conference on December 19 separation of Czechoslovakia.

The President of Russia, answering the journalists ‘ questions, noted that the Soviet Union is the last European country that signed with Germany non-aggression Pact. This document is also known as the Molotov – Ribbentrop Pact, named after the then representatives of the foreign ministries. “Yes, they say there is secret protocols, the partition of Poland… Poland itself participated in the partition of Czechoslovakia”, — noticed Vladimir Putin. He added that Poland took two districts of Czechoslovakia.

The head of Russia in continuation said that the Soviet troops entered the territory of Poland in 1939 in accordance with these protocols. “Something has gone gone, but gone after the Polish government lost control over its armed forces and what is happening in Poland and it was somewhere in the vicinity of the Polish-Romanian border. Didn’t have anybody to talk on this subject”, — noted Putin.

A nonaggression Pact was signed in late August 1939 the people’s Commissar for foreign Affairs Vyacheslav Molotov and foreign Minister of Germany Joachim von Ribbentrop. This document was accompanied by a secret agreement. It was prescribed the delimitation of Soviet and German spheres of influence in Eastern Europe in the event of a territorial and political rearrangement. Thus in the sphere of influence of Germany was the Western part of Poland, and the USSR gained control of Eastern regions.

However, for many years the Polish authorities, Recalling the events of those years, insist that the USSR and Germany invaded in 1939, Poland.

In particular, the head of state Andrzej Duda said earlier at the commemorative events held in September for Poland, the Second world war and its aftermath ended only in 1989, as the Republic was not free at the end of the war, and was turned into a “victim of communism”.

Annually on 1 September in the Polish Wielun, held a commemorative event to mark the start of the Second world war. This city was the first, which included Hitler’s troops during the attack on Poland. The second object was the Westerplatte Peninsula at Gdansk.

This year, the Polish authorities decided not to invite to the event, Russian President Vladimir Putin. As an explanation of this decision, the representative of the foreign Ministry of the Republic of Simon Cross said that Russia has not received an invitation, as she is not a member of NATO and other organizations whose members are present at the memorable event. However, the diplomat said that Moscow allegedly has no interest in keeping the “spirit of historical truth”.

In Russia reacted negatively to the decision of Poland. As noted by the press-Secretary of Russian leader Dmitry Peskov, any similar events in any country of the world which are devoted to anniversaries or the great Patriotic war or world war II cannot be considered complete without the participation of the Russian side. He stressed that the country’s role (as the successor of the USSR) at the end of the Second world cannot be overemphasized.

As solidarity with the position of Russia in Minsk did not accept the invitation of Poland. “The liberation of Eastern and Central Europe, the final defeat of Nazism in Germany were made possible thanks to the heroic efforts of the multinational red army. At the same time in Warsaw was not invited Kazakhstan, Central Asian countries, Russia”, — said official representative of MFA of the Republic Anatoly Glaz.