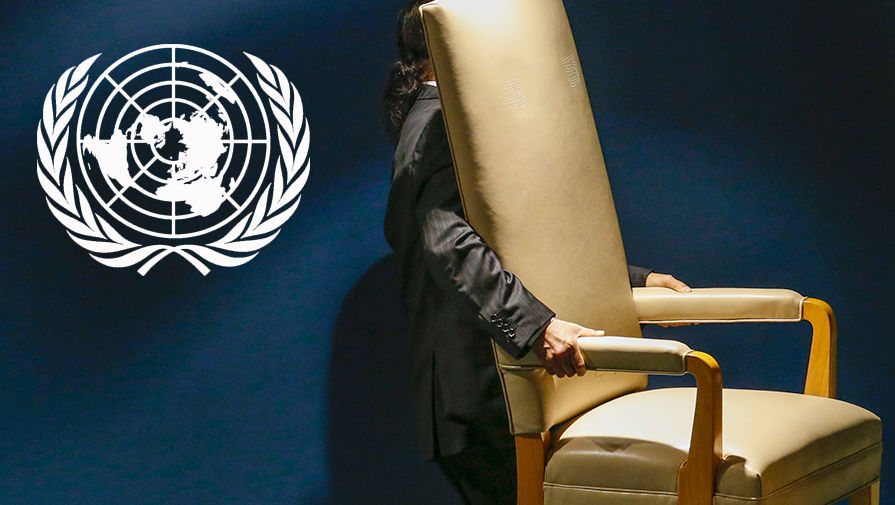 Ukraine’s Ambassador to the U.S. Vladimir Yelchenko has accused Russian policy-makers working in the UN, in a secret influence on the work of international organizations. According to the Ukrainian diplomat, is a “network of agents”. In addition, he stressed the great authority of Russia as a permanent member of the UN Security Council.

The UN half of Russians working in this international organization, are “covert or overt” agents of the FSB, said the new Ambassador of Ukraine to the USA, Vladimir Yelchenko. The opinion he expressed in an interview with “UKRINFORM”.

“Russian staff working for the secret services or, in a milder form, at the permanent mission of the Russian Federation. I do believe that it is a network of agents in the framework of the UN”, — said the diplomat.

Yelchenko noted that these 200-300 people, the Russian side secretly affects the work of the organization. From time to time, according to Yelchenko, “we see information about what a UN official from Russia American intelligence agencies have asked to move home, I mean, sometimes they are caught”.

He added that Russia in the UN a lot of credibility because she is a permanent member of the UN Security Council. “Someone who respects her, and someone frankly afraid. 20-23 those countries that vote in unison with Russia, 100% dependent on it,” — said the Ukrainian Ambassador.

In an interview with “UKRINFORM” he also drew attention to the fact that the UN is a powerful group of Ukrainian friends who have always supported Ukraine’s initiative.

“Without exaggeration, we managed to form a powerful group of friends of Ukraine, which is extremely important to counter Russian aggression,” — sure he said. According to him, the most effective was two years in the period from 2015 to 2017. At that time Ukraine was a non-permanent member of the UN security Council, and he Yelchenko in 2015, was appointed Ukrainian Ambassador to the UN.

“In the two years we have won the UN authority, which helps us to cooperate with other countries now, in particular for their support of our initiatives”, — noted the interlocutor of the edition.

As friends of the state he called a “major strategic partner” of Ukraine: the United States and Britain, as well as all countries of the European Union. In particular, Yelchenko mentioned Poland, the Baltic States and Turkey. “Although Ankara and is building partnerships with the Russian Federation, its position in the Crimea and the Donbass firm and unequivocal,” said the diplomat.

According to him, among the Ukrainian friends in the UN also, we can mention Canada, Australia and New Zealand, and European countries that are not EU members, Switzerland, Norway, Iceland.

In Europe, he said, only one country “cynical and chronically vote against all Ukrainian resolutions — Serbia”. “While it considers its strategic goal of EU membership, like Ukraine, but is openly Pro-Russian stance. And not only in Ukrainian issue,” Yelchenko said, adding that Serbia looks like “an island of negativity in Europe.”

In the circle of friends of Ukraine, the diplomat entered the Central American country. “Latin America is a huge reserve for our support, not least because in those countries there are powerful Ukrainian Diaspora, which has certain implications for policy of these countries”, — told in interview to the Ukrainian edition of the new Ambassador to the United States.

“The release of Egypt from the position of permanent representative of Ukraine to the United Nations and with the post of extraordinary and Plenipotentiary Ambassador of Ukraine in Jamaica in combination”, — stated in the decree of the President.

Instead Yelchenko, the Ukrainian interests in the organization will represent the former Deputy Minister of foreign Affairs Sergey Sorrel.

Prior to that, Egypt for five years (2010-2015) was the Ambassador of Ukraine in Russia. And from 2015, and in December he was permanent representative of Ukraine to the United Nations.