To make the waste water and the air in the capital is much cleaner in bacteria was proposed by the specialists of the Department of biotechnology and bioenergetics, National research centre “Kurchatov Institute”. 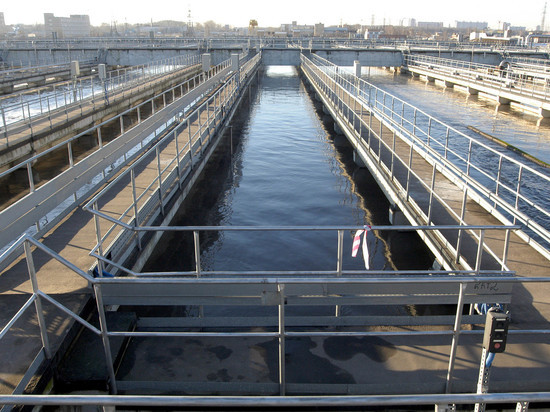 As reported by “MK” senior researcher Kirill Gorin, photosynthetic microorganisms (e.g., euglena, Chlorella) now used worldwide for air purification, because they are getting energy from the Sun, very effectively absorb from the air carbon dioxide.

However, most of the waste of storm and melt water, which in bad weather flow through the streets, not really cleaned and all harmful impurities drain into rivers and lakes. If the set in photobioreactors with euglena or Chlorella, then they will be able to purify water from organic carbon to 39%. This result scientists have received in his lab, growing phototrophic micro-organisms in the melt water, taken from the capital’s streets. The degree of purification is so high that allows you to use a purified melt and storm water repeatedly, for example, for watering lawns and roads, washing of floors and other technical needs.

— In addition to water purification, euglena and Chlorella, as was already mentioned, clean the air of CO2, releasing oxygen. They do this several times more efficient than, for example, trees, — says the scientist. — The use of euglena and Chlorella to clean air and water in the city would solve a number of environmental problems.

If you seek to experience a German scientist who created the original design of the buildings by using photobioreactors. For example, in Hamburg the entire facade of one of the high-rise buildings laid out in a transparent photobioreactors. They grow photosynthetic microorganisms using light and absorbing carbon dioxide. From the grown biomass biogas and fertilizer. In addition, due to the large volumes of water, photobioreactors are also used in the system thermal control of the building.

In China want to build a skyscraper with a facade of microalgae, they serve as giant filters, smog in large cities.

— Our goal is not only to achieve clean air and water, says Gorin, but to examine what nutrients can be produced by photosynthetic microorganisms. For example, their chlorophyll green pigment can be used in pharmaceuticals and cosmetics.

Obtained after water purification the biomass of photosynthetic microorganisms can be used for biodiesel production and biokerosene.

The first test of the new “single-celled assistants” that they intend in the near future to conduct on-site of his Institute. There will be organized site that allows you to explore the behavior of photosynthetic microorganisms in real conditions of the cleaning process of surface discharge.