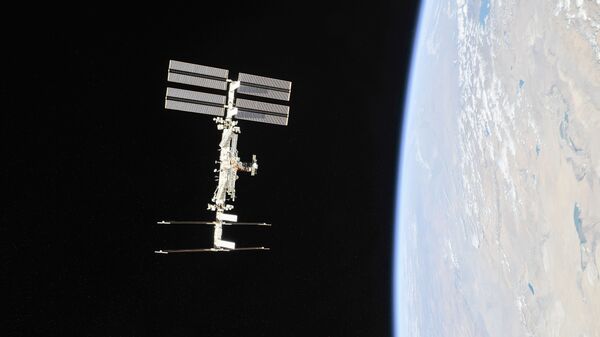 The latest space ship Cockpit, developed by Boeing under contract with NASA, will go into Friday’s first test flight to the International space station (ISS) with a dummy Rosie and gifts for Christmas.

The launch of spacecraft from the spaceport at Cape Canaveral (FL) for launch vehicle Atlas V United Launch Alliance (ULA) is scheduled at 6.36 on East coast time USA (14.36 GMT). NASA will broadcast live the launch on its website.

In the first flight of the vehicle is sent without crew on Board is only a mannequin Rosie (Rosie), named after the heroine of the famous propaganda poster of world war II: women in blue overalls and a red bandana with white polka dots, which shows the biceps on the background of the inscription “We can do it!”.

In addition to a mannequin equipped with various sensors to capture her “feelings” during the flight on Board the newest ship to the ISS will deliver about 270 pounds of cargo, including food, clothing, and gifts for Christmas and the New year.

“It’s a big day for us. This is the first step in a new way for the resumption of manned flights. I’m waiting for a successful launch,” – said on the eve of the launch the head of NASA Jim Breidenstein. As explained by NASA, the test run is required to test all systems of the ship during launch, docking and return to Earth, and also check of readiness of the ground specialists in all phases of the mission. Successful flight required for certification of the ship to test a manned flight and the beginning of its operation.

In the case of a successful start on Friday, the ship will arrive at the ISS on Saturday. Starliner will remain in orbit for a week, then return to Earth and land in new Mexico. His return is scheduled for December 28.

Ship Cockpit created by Boeing under contract with NASA worth 4.2 billion dollars. It is designed to send astronauts to the ISS and future missions to the moon and Mars. Earlier in December, the company carried out a system test of the evacuation crew in case of an emergency start. In the US, I expect that the first test flight of a manned Cockpit will be held in the first half of 2020, but the timing was not determined.

In 2011, upon completion of reusable manned space transportation system Space Shuttle, the US has lost the possibility of independent manned space flight, American astronauts delivered to the ISS the Russian Soyuz spacecraft. 2014 replacement of the Space Shuttle develop commercial Boeing and SpaceX, but the commissioning of their ships Cockpit and Crew Dragon repeatedly delayed. Currently, the latest under the contract between NASA and “Roscosmos” flight of an American astronaut to the ISS to be held in April next year. As confirmed by a representative of NASA on Wednesday, the space agencies of the two countries are in talks about giving NASA one or two additional places in case of delay starting manned flights of the American ships.