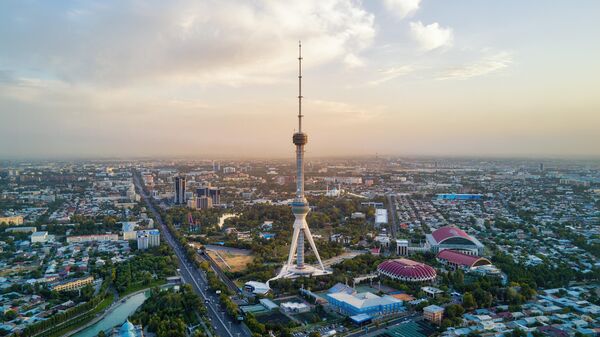 The parliamentary elections in Uzbekistan – the sixth after the Declaration of independence. Bicameral Parliament in the country was first formed in 2005. In the legislative chamber on a continuous basis for a period of five years, employs 150 deputies. In the upper house, the Senate 100 deputies elected in equal numbers – six persons – from the Republic of Karakalpakstan, regions and Tashkent city. In addition, 16 members of the Senate appointed by the President of Uzbekistan from among the most respected citizens of the country.

In the unified electronic voter list of Uzbekistan at this time there are more than 20.5 million people, including about 1.7 million voters attached to polling stations created abroad. In the elections in 2014, this list included more than 13 thousand people registered in the consulates. Now citizens residing abroad, can apply in written form for inclusion in the voter list to the precinct election Commission, formed at diplomatic missions of Uzbekistan. This required only the data contained in the passport, and contacts. In accordance with the law, for an election voted 33% of registered voters.

According to the CEC, elections formed 10 306 polling stations, 55 of them in 36 countries, including eight permanent and 57 mobile sites on the territory of the Russian Federation. In particular, it has been organized seven plots on the territory of the Embassy in Moscow and Consulate General in St. Petersburg, Kazan, Vladivostok, Rostov-on-don, Novosibirsk and Yekaterinburg. In addition, the polling station opened in Moscow in the mission of the Agency for external labor migration under the Ministry of employment and labour relations of the Republic. All they have earned in the course of early voting, which took place 12-18 November.

According to experts, the main struggle in the upcoming elections can be deployed between UzLiDeP and PDPU. The liberal Democrats represents the interests of business, the national Democrats advocate social equality and protection of the interests of the poor. All political parties nominated their candidates support the existing government policy.

Elections will be monitored by almost 140 thousand local observers and more than 800 international, as well as from various organizations, including the CIS, the Shanghai cooperation organization and the OSCE. The latter first sent to the parliamentary elections in Uzbekistan, the full mission of nearly 300 people for the first time sent observers and the OSCE parliamentary Assembly. The delegation of the Russian Central election Commission will be headed by Deputy Chairman of the CEC Nikolai Bulaev. The elections also came the Vice-speaker of the Federation Council of Russia Ilyas umahanov.

The election will cover about 130 foreign journalists from more than 70 publications. Security for the elections will provide the staff of the National guard, interior Ministry and state security Service of Uzbekistan. Preliminary election results may be known Monday morning.