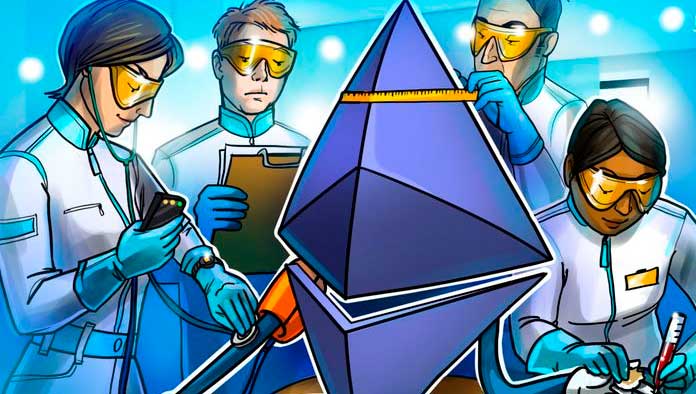 As the integration of the long-awaited upgrade of Istanbul, the team Ethereum is a new problem for which the network will undergo another emergency hard the fork.

Recall update Istanbul aimed at solving such problems as reduction in the cost of gas, increase privacy, and work with cryptocurrencies such as zcash for.

While Istanbul provided the community with opportunities, before implementing the last updates the developers of Ethereum made the mistake of not taking into account a very important function of the network called the Bomb difficulty. This has led to the need to implement unplanned hard fork.

What a bomb of complexity in the Ethereum blockchain?

Bomb difficulty Ethereum is a function that regulates the complexity of hashing in the network. The difficulty increases every 100 000 units, which contributes to an increase in the time spent on search of units in the network, up to stop the process of generating new pieces in the future.

Initially, the Bomb of complexity was introduced to ensure the consensus in the ecosystem during the transition from the mining algorithm Proof of Work (PoW) to Proof of Stake (PoS).

With every hard fork of Ethereum, Bomb difficulty continues to work at the same pace, but, unfortunately, none of the developers did not mention this during the implementation of Istanbul. Thus, the process of generating blocks can stop faster than it will switch to a new model of mining.

To save the situation and prevent an unpredictable impact Bombs of complexity to the entire network, in the period from the end of December 2019 and early January 2020, will be held an emergency hard fork called Muir Glacier.

The sole purpose of this hard fork is to make changes in the code, and thus not only speed up production units, but also to give the developers of Ethereum additional time for integration of updates.

The implementation of changes to the block chain, especially such large, as Ethereum, the task is not simple, and its planning generally takes several months. However, due to limited time and increasing difficulty of mining blocks, the developers ETH is less than three weeks to conduct a hard fork Muir Glacier in the network.

Community angrily responded to the news. For example, a user under the nickname Wertheimer the UDI (Udi Wertheimer) has expressed its disappointment in respect of the Ethereum project.

When your “decentralized” network moves to a non-emergency schedule of one hard fork every 3 weeks, you’ve reached the absurd. You jumped the shark. There’s really no excuse to this and people should be talking about it.

Proof of Stake: a Ponzi scheme?

While the Ethereum ecosystem is at the final stage of the transition from PoW to PoS, not all pleased with the idea of switching to Proof of Stake.

According to the developers of Ethereum, the consensus PoS aimed at solving such problems as environmental unsuitability of mining PoW and unbalanced distribution of wealth and power production in the system of Proof of Work.

At the same time, many believe that PoS will increase the number of participants in the mining environment, making the ecosystem more decentralized Ethereum. In turn, Tuur of Demeester, founding partner of Adamant Capital, considers that PoS is similar to a multilevel marketing Ponzi scheme, which usually suffer new participants, and benefit only those at the top.

Publication date 23.12.2019
Share this material on social networks and Express their opinions in the comments below.