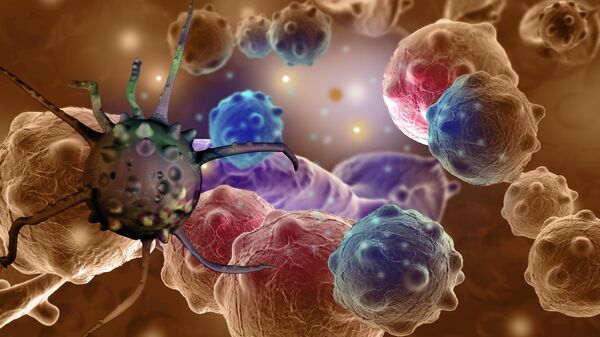 The weight loss will help to reduce the risk of developing breast cancer. To such conclusion experts of the American cancer society, reports EurekAlert!.

Previous studies have said about the link between cancer and excess weight. However, the authors of this paper decided to find out whether an increased risk of developing the disease is reversible and whether it can be reduced.

The researchers analyzed data from about 180 thousands of women aged 50 years and older. Within ten years their weight was recorded three times: at the beginning of the experiment, in five and nine years. As shown by the results of a study that the more pounds lost participants, the lower was the probability of developing cancer. If the patient were already at risk, their chances of getting cancer was reduced by weight loss.

“Our results suggest that even moderate weight loss is associated with a lower risk of developing breast cancer in women older than 50 years,” said the study’s lead author Lauren Teras.

The participants of the study that dropped from two to four pounds, the risk of cancer was less than 13 percent, have lost four-and-a-half to nine pounds — 16 percent, have lost weight more than nine pounds — 26 percent. In this case, those who first dropped and then gained the weight back, still reduced the risk of cancer compared to patients whose body weight remained stable.