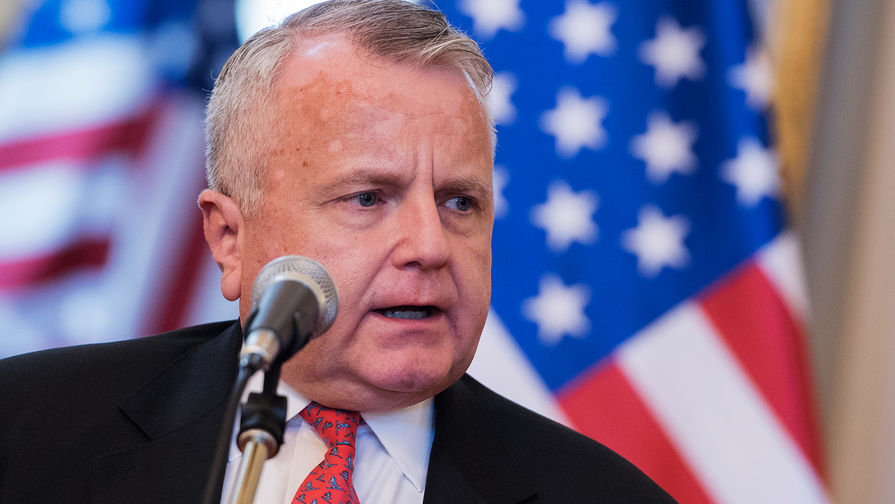 At the American Embassy in Moscow announced that the new Ambassador John Sullivan will arrive in Russia until after the Christmas holidays, that is, around the beginning of January next year. In early December, the Senate approved Sullivan for the post of US representative in Russia. 23 December the United States Secretary of state said that he had taken the oath.

The new American Ambassador John Sullivan will arrive in Russia around the beginning of January this year. This was reported by RIA “Novosti” press-attache of the Embassy of the USA in Moscow Rebecca Ross.

“We are awaiting final confirmation of the date of its arrival, but it will be after the [Christmas] holidays,” she said.

Candidate Sullivan was confirmed by the Senate on 12 December this year. On the appointment was announced by the senators from the Republican party in the house of Parliament on Twitter. So, for the fact that John Sullivan became the new representative of the USA in Russia, voted by 70 members of the Senate. Vs — 22.

A month earlier, at that time still future, the U.S. Ambassador met with Minister of foreign Affairs of Russia Sergey Lavrov. Their talks were held in Japan. “Deputy Secretary Sullivan reiterated to foreign Minister Lavrov that the improvement of bilateral relations depends on the commitment of Moscow to the Minsk agreements and the rejection of efforts to undermine our democratic processes,” the statement said state Department spokesman Morgan Ortagus.

Subsequently, Lavrov did not mention any specific details of the meeting. He only noted that the talks came about how it would be possible to establish bilateral relations with the United States. In General conversation with the candidate for U.S. ambassadors to Russia, Lavrov described as useful.

Shortly before the oath Sullivan said he intends to focus primarily on cooperation in combating terrorism. “We expect that the Russian government would take seriously the obligation to protect the world from the threat of terrorist groups such as ISIS (a terrorist organization banned in Russia), “al-Qaeda” (banned in Russia) and “Hezbollah” — said the diplomat.

However, he highlighted other areas of its work. For example, he intends to cooperate with Russian colleagues on the strategy of arms control, as well as to enforce the rights of sexual minorities and security in the Arctic.

American statesman John Sullivan was born in Boston 20 Nov 1959. In 1981 he received a bachelor’s degree in history and political science at brown University. Four years later the degree of doctor of laws at Columbia University. He worked as a lawyer, attorney-Advisor, judicial clerk at court of Appeals for the fifth circuit and the U.S. Supreme court.

In addition, in different years he occupied the position of Deputy General counsel during the presidential election campaign of George H. W. Bush, was Deputy chief legal counsel of the Ministry of defense and General counsel of the U.S. Department of Commerce. Then was promoted to Deputy head of the Agency. From 2010 to 2016 was Chairman of the governmental Committee on the establishment of economic relations between the US and Iraq in 2017 became the US Undersecretary of state.

His predecessor as U.S. Ambassador to Russia John huntsman has decided to resign from his post in August this year. Then he submitted his resignation, as he decided to run for the position of Governor of Utah. Finally, the huntsman left his post in October. Shortly before leaving he gave an interview kp.ru in which he stated that he will miss Russia. “I’m going to miss a lot of things that survived here: the warmth and hospitality of the Russians, for their loyalty. There are real friends, and it’s not forgotten,” said former Ambassador edition. However, he noted the talent of the Russians, which found expression in the objects which he saw during a visit to the Suzdal Church, and music, which “brought tears to my eyes.”