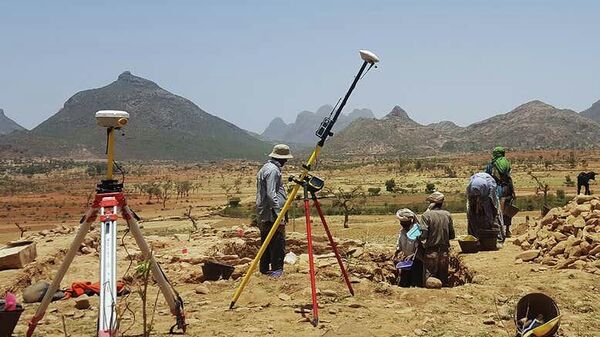 In Northern Ethiopia archaeologists have discovered ancient city, which was part of the powerful Aksuskii of the Empire, competed with Rome. Description of the finds in the journal Antiquity.

Akaska Empire in the I-IX centuries of our era, along with Rome, Persia and China, was one of the most powerful countries in the world, the first country South of the Sahara, where there are own writing and statehood, minted its own coin. In the IV century it was formally adopted Christianity. Thus Axum became the third after Armenia and the Roman Empire government Christianity became the state religion.

Embracing in its heyday, the territory of modern Ethiopia, Eritrea, Djibouti, Somalia and part of the Arabian Peninsula, is a thriving and diverse population of the state played an important role in the trade between the Roman Empire and the ancient East.

“This is one of the most important ancient civilizations, but people don’t know about it — presented in a press release quotes first author of the article Michael Harrower (Michael Harrower) from Johns Hopkins University in Baltimore (USA). — Outside of Egypt and Sudan, is the earliest complex society and a major civilization in Africa”.

Archaeologists from the USA, Ethiopia, Germany, great Britain, Canada and Lebanon began excavations in Northern Ethiopia, the area Was in 2009. Local residents have long said that under the earth there are remains of ancient structures, some of which were excavated in the 1970-ies, but then work was suspended.

Excavations 2011, 2012, 2015 and 2016 years has allowed us to detect fragments of stone buildings can be traced to a depth of more than three meters from the surface. The oldest of them dates back to VIII century BC, the youngest — VII century ad. The researchers named the town of Beta Samati, which means “home viewers” in the local language Tigrigna.

Early objects testify to the polytheistic beliefs of the residents of Beta Samiti, which had a strong influence of the tradition of the Kingdom of Saba, located on the territory of modern Yemen. However, after the IV century dominated by Christian symbolism. So, scientists have discovered the Foundation of the Basilica of the IV century of our era, and close it — stone pendant with Christian cross.

The team also found the ring in Roman style, made of copper alloy, covered with gold leaf, with a red carnelian stone and engraved image of a bull’s head over the vine or wreath. 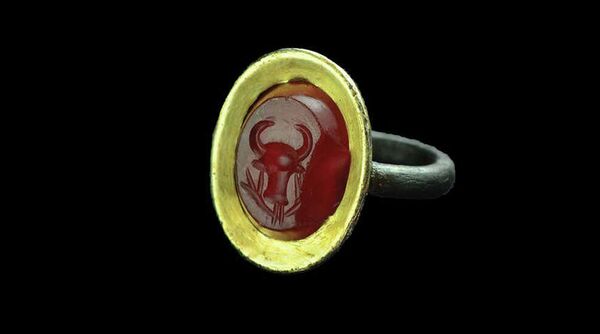 According to scientists, Beta Samati was a bustling trade and religious center, located between the capital — city of Axum and the Red sea. That there trade flourished, say the findings of Mediterranean amphorae and glass beads from the Middle East.

Radiocarbon Dating of the objects found covers the period from 771 BC to 645 of our era. This means that the city was inhabited during the whole period of existence Aksuskii Empire 1400 years and the earliest items date back to the so-called “deaxuma” period.

And this, according to the authors, is the main discovery, which belies the notion that before the advent of aksuskiy civilization ancient settlements went into decline. Now it is clear that the Axumite Kingdom was a direct successor of the previous state formations.

“Our work shows that Beta Samiti was a large, densely populated settlement located 6.5 kilometres North-East of Was, the center of political power early (deaconclgi) complex States of Africa South of the Sahara,” write the authors.