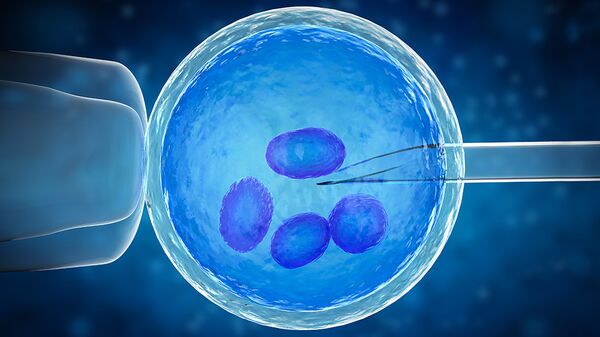 Scientists have found that one of the causes of autism in children is a specific mutation in the sperm of the father, and the risk of developing the disease correlates with the age of the father at the moment of conception. The study is published in the journal Nature Medicine.

According to the Center for control and prevention of diseases of the USA, every 60-th child is autistic. Despite decades of research, the causes of this disease and to this day remain a mystery.

American scientists from the University of California at San Diego have suggested that one of the reasons may be newly formed genetic abnormalities in the father that are passed to the child at the moment of conception.

To prove their hypothesis, the researchers in cooperation with colleagues from Spain analyzed the semen of eight fathers, children who suffer from autism. It turned out that about 15 percent of the cells in their semen have mosaicism — mutation, which is present in the cells of genetically different material. These mutations in the paternal chromosome arise de novo — that is, they are not hereditary and does not affect the health of the father, but can occur in the DNA of the child.

“While medical textbooks teach us that every cell in the body has the same copy of DNA, it is fundamentally wrong. Mutations occur every time a cell divides, so no two cells in an organism are not genetically identical, is given in the press release of the University words of Martin Breusa (Martin Breuss), the first author of the article. — If the mutation occurs in the early stages of development, it will be distributed to many cells in the body. But if a mutation only occurs in the sperm, it can appear only in the child, causing no disease in the father.”

Using the method of deep sequencing the entire genome of the child, the researchers found variants of repeats, comparable only with the sperm of fathers.

The authors believe that a mosaicism of cells may be responsible for 10-30 percent of cases of autism in children, and the risk is greater the older the father was at the time of conception, as the likelihood of de novo mutations increases with age.

The researchers developed a quantitative method to evaluate mosaicism sperm and, consequently, the risk of autism in offspring, which, in their opinion, will help prospective parents to make an informed decision before conception.

“We have been studying the origins of pediatric brain diseases and mutations that cause them,” says study leader Joseph Gleason (Joseph Gleeson), doctor of medical Sciences, Professor of the Department of neurology at the University of California. Previously we have shown that mosaicism in a child can lead to diseases such as epilepsy. In this study, we found that mosaicism in one parent, at least, from his father, as dangerous.”

The authors believe that their method can be used to create a clinical test included in the General system of screening for risk of developmental disorders in future children.