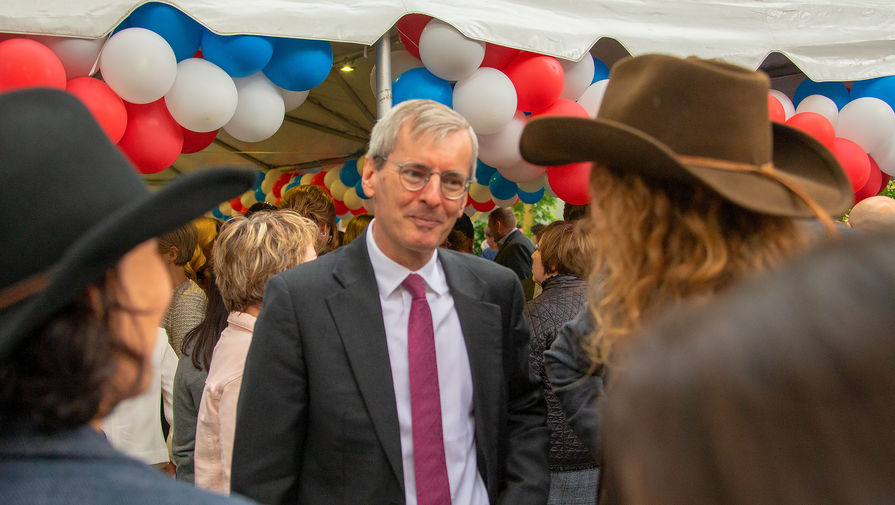 British Ambassador Laurie Bristow, leaving in January of the following year, his post noted that it would be miss Russia. Describing the country, he called it “an exciting, energetic and warm.” However, the diplomat admitted that relations between Russia and the UK remain difficult.

The British Ambassador in Russia Laurie Bristow said that he will be sad to leave, leaving his post in January 2020.

“If tomorrow I was offered to spend another four years in Russia, I would without hesitation said, “Yes,” they said in an interview published on the page of the British Embassy.

Describing Russia, he noted that he considers the country “an exciting, energetic and warm.” Bristow noted that most will be bored after the departure of those who met here. He also expressed confidence that the British and the Russians in many respects similar. In particular, they have a sense of humor and the ability not to pay attention to those who tells them what to do. “I would add courage. I believe that the Russians and the Brits — incredibly brave people,” said the outgoing post, British Ambassador.

The person who only starts working in Russia, Bristow advised to understand what unites this country. It can be done, according to a British diplomat, with a long train ride.

Speaking of your biggest new year wish, Bristow said that he would like “as soon as possible to return to Russia.”

During the interview, the conversation went well and on the political relations between Russia and the UK. Bristow acknowledged that while they remain very difficult. However, as the Ambassador noted, in the four years that he worked at the Embassy, still managed to make a “few important things”, which will further help to improve relations of the countries.

The most difficult challenge Bristow called the crisis, which in 2018 caused the incident in Salisbury. The British authorities were accused of poisoning the Russian special services, the Russian authorities his involvement in the incident categorically deny. In addition, Moscow was asked to provide an opportunity for Russian specialists to familiarize with the case materials and take part in the investigation, however, the British side ignored it.

British law enforcement authorities even named the alleged perpetrators. In their opinion, it is Alexander Petrov, and Ruslan Bashirov.

A few days earlier, Prime Minister Boris Johnson to mention, did he ever change his mind, said that he made the mistake of thinking that you can hold the “reset” of relations with Russia.

“I changed my mind on the issue of whether to restart relations with Russia. I really thought — as, I suppose, and many Prime Ministers and foreign Ministers before me — that we can start from the scratch. That is a great country, with which we fought against fascism. Very, very unfortunate that I was wrong” — so British politician answered the question of the magazine the Spectator.

Shortly before this he expressed hope for improving Russian-British relations, but at the same time noted that the UK has with Russia, “horrible problems” in the construction of the dialogue, reports the Estonian portal ERR. “I’m optimistic, but faced with real problems, trying to boost our relations,” added Johnson.

He also, like Bristow, I remembered the poisoning Skrobala, but noting that problems in the dialogue between the two countries arose.

In mid-December in Britain were held early elections to the Parliament. With a large margin won the Conservative party, which is led by Johnson.

It should be noted that with the election victory of Johnson the day after the announcement of the results congratulated the Russian leader Vladimir Putin. He directed the policy of the telegram in which he noted that “the development of a constructive dialogue and interaction in various areas to fully meet the interests of the peoples” of Britain and Russia and “the entire European continent.”