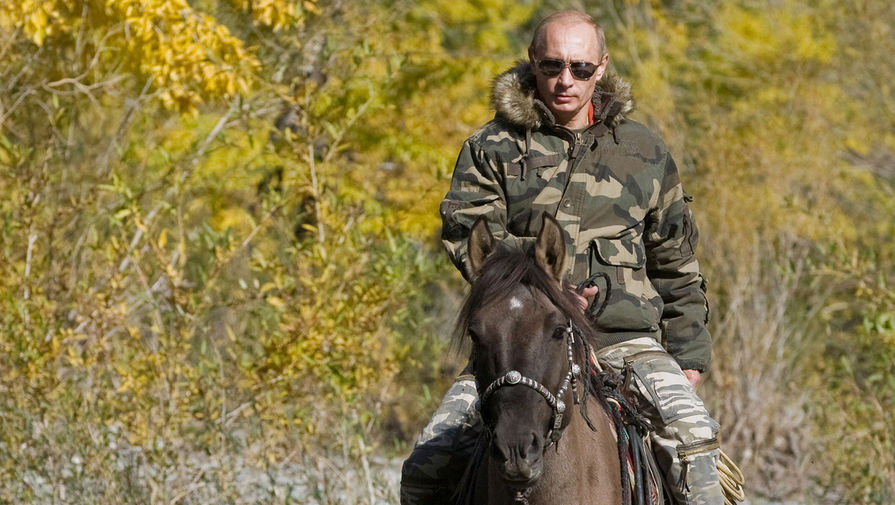 The poll, conducted by the Institute YouGov among the inhabitants of Germany, have identified the most influential world politicians. According to the newspaper Welt am Sonntag, in the first place was the German Chancellor Angela Merkel, her role is called the key 22% of survey participants.

President of Russia Vladimir Putin the most influential politician named 20% of the Germans participating in the survey. In third place — the President of France Emmanuel macron, his name recalled by 19% of respondents.

American President Donald trump is in fourth position, his “most influential” was named by 16% of survey participants. Another 12% of Germans said the name Ursula von der Leyen – the head of the European Commission and former Minister of defence of Germany.

However, almost a third, 29% of respondents believe that none of the powers that be will not give a strong response to current global challenges.

Vladimir Putin is not the first time into the ratings of the most influential politicians in the world. A couple of days ago, the Financial Times has included Putin’s list of 50 people, which determined the appearance of the decade. In addition to the Russian leader in the ranking included 18 politicians, 22 the entrepreneur and nine public figures. Together with Putin in the FT list was the US President Donald trump, former President Barack Obama, Chancellor Angela Merkel, the leader of France Emmanuel macron and Prime Minister Narendra modi and Chairman of the Communist party people’s Republic of China XI Jinping.

The rating also included the ex-CIA employee Edward Snowden and the head of the Corporation Tim cook.

In 2018 Russian President Vladimir Putin gave Chinese President XI Jinping first place in the ranking of the most influential people in the world by Forbes magazine. The Russian leader is top of the line for four years, which is “unprecedented,” a fact noted in the publication.

In March of the same year won the election, Putin appeared on the cover of Time magazine in the Imperial crown. In October 2017 the British magazine the Economist put Vladimir Putin on the cover in the form of “born a king” — the Russian President dressed in the uniform of the steel sheets with the epaulets of ballistic missiles and a huge red star on the neck with braid of chains. The quality of the medals depicts the hammer and sickle, the hand of the prisoner, eyes and a Golden Peninsula of Crimea along with a Lucky Troll doll with the face of the President of the United States Donald trump.

For the first time Putin has appeared on the cover of the famous publication in March 2000. The title of the article reads: “out of the shadows. But the man who will become Russia’s next President remains a mystery”.

The main issue of the article was Putin himself, or rather, will he be able “to change the country before it will change it”.

In September 2013, the European edition of Time came out with the headline “the world through the eyes of Putin”, and a portrait of Putin accompanied by the statement “weak and vacillating America” and “rich resurgent Russia”. The Russian leader, according to the authors, “does not care about the opinion of others about him.”

Russia also regularly appears in lists of the world’s great powers. In mid-December edition of US News together with the University of Wharton gave Russia the second place among the “most influential” countries.

“When they [those countries] promise something, then at least someone in the world exactly believe that this will be executed”, — is spoken in the explanatory note to the rating.

The list of countries was compiled on the basis of five characteristics: the figure of the head of state, activity in international alliances, economic, political and military potential. First place went to the USA — the country with the highest GDP in the world and a huge military budget ($738 billion for the year 2020). The experts noted the high level of influence on the world of American pop culture- music, film and television. In addition, the figure of the President of the United States Donald trump they called “controversial”.

Russia, as already mentioned, in second place with a very strong and professional army. The publication indicates the size of the country — the largest in the world, and also notes the “mostly authoritarian” nature of governance for most of its more than thousand-year history.

And among the “best countries” Russia has occupied 24 place. Among the problems the experts identified low openness for business and higher quality of life. The attention they drew to the high level of cultural influence, historical heritage and talented people.