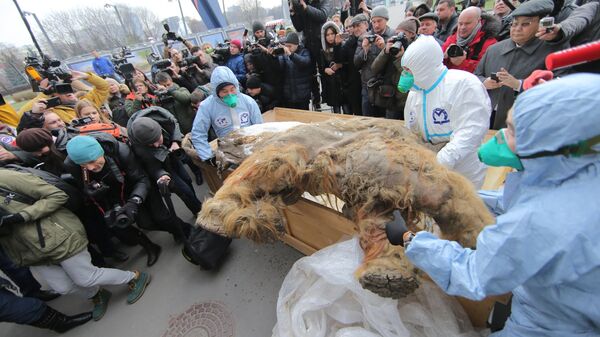 Alfia Enikeeva. Another attempt to allocate the whole DNA from well-preserved remains of a prehistoric animal have failed. Swedish paleontologists who have studied the genome of the puppy age, 18 thousand years, could not even determine whether he was dog or wolf. On the approach of the study samples of liquid blood taken from horse heart, had lain in the permafrost of 42 thousand years. It also has specialists structure with components of the nuclear protein detected in the cells of the mummy mammoth Yuki. RIA Novosti knows what else was found in Yakutia creatures from the distant past can provide material sufficient for DNA extraction.

The revived cells of a mammoth

First frozen mammoth discovered in Yakutia in 1799. Then in the Delta of the Lena river, the community of the Evenks came across the mummy of the woolly elephant, buried in the ground. By 1803, the corpse was completely vital of a cliff, and the Evenki, cut down the tusks and sold them for 50 rubles Yakut merchant Roman Boltunov. Through him about the finding of the learned associate in Zoology of the Russian Imperial Academy of Sciences Michael Adams, who moved the preserved remains (the time from mammoth remains only a skeleton with large pieces of skins, two legs and eyes) in the St. Petersburg Kunstkamera.

Such findings in the world during that time made several dozen. The best preserved mummy of a young female of the species Mammuthus primigenius, lived some 28 thousand years ago. It was discovered in 2011 on the southern coast of the Laptev sea in Ust-yanskiy district of Yakutia and called Yuka. The growth of the animal was 165 cm and body length from base of trunk to tail — a little more than two meters. Coat — bright red color, and the skin, soft tissues and even the brain were almost not touched by decay. 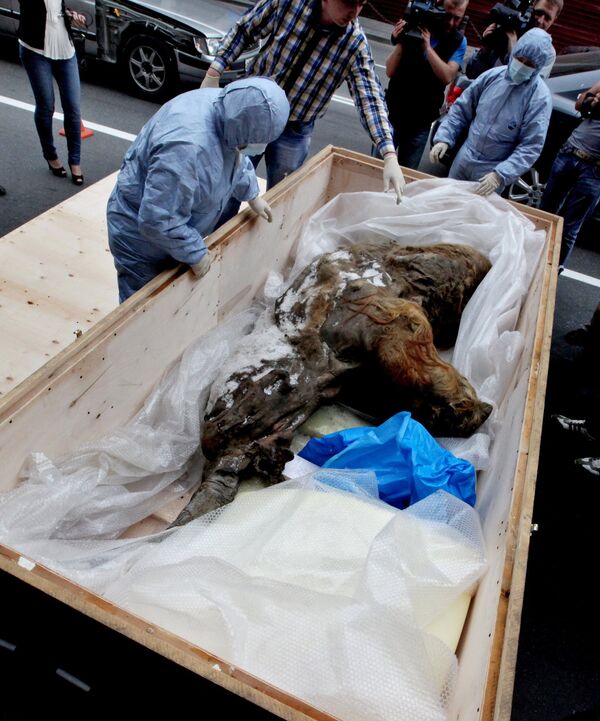 Subsequently, in the bone marrow and soft tissues Yuki scientists have found structures with components of the nuclear protein. The analysis revealed that the best preserved nuclei of muscle cells. The researchers transplanted them into mouse oocytes, and five of them showed “signs of biological activity.” In other words, in promising-polumomenty cells, scientists have recorded reactions, which usually occur before the division. However, the division never happened.

The researchers hope that if we manage to detect the cell nucleus the best quality, the experiment can be repeated.

Tens of thousands of years ago on the territory of Yakutia was inhabited by giant cave lions Panthera leo spelaea. They weighed about 260 pounds and were about two meters in length. Today about their appearance can be judged by four well-preserved bodies of lions. The first two are the remains of males and females, found in 2015 by the river Bandini. Third specimen found in September 2017 in the basin of the Indigirka. And in 2018, close to the place dug up a fourth kitten.

In all cases we are talking about very young cubs. Cubs from the banks Wandani was only a few days old, as they have not yet formed milk teeth. In the land animals have been 47 thousand years, but thanks to the cold survived even their internal organs. However, no nutrients, particularly milk, in their bodies, scientists have not identified. So, the lioness probably just threw calves immediately after birth. 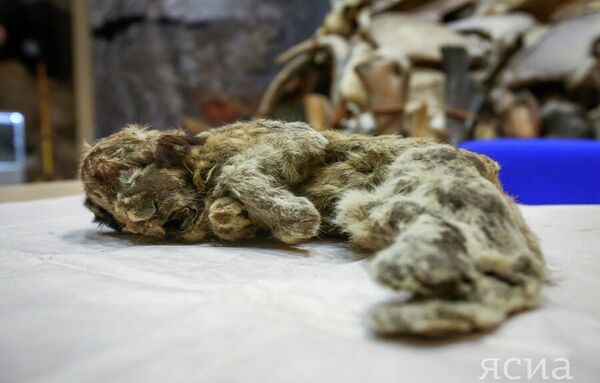 Indigirka mummies 43 and 28 years respectively, they died at the age of two to three weeks. This is evidenced by not only the size (one and a half times larger than wardinski), but also more thick spotted fur. By the way, these findings put an end to disputes about the color of Panthera leo spelaea. Previously it was thought that the spotted lions are depicted in the Chauvet grotto in France, artistic license prehistoric author. It is now clear that he did all right. Have found in 2017, lion grey wool interspersed with more dense dark hairs on the head also a lot of black spots.

Blood in the heart

In 2018 in the Verkhoyansk area of Yakutia unearthed full carcass disappeared many centuries ago, the Lena horse, which had lain in the permafrost of 42 thousand years. According to the researchers, the foal lived for about two weeks. In its stomach found a lot of dirt and mud which he had swallowed before he died. The mixture was quickly frozen, so the body is well preserved.

The rot has not affected the internal organs, the soft tissue was reddish in colour, while the head, legs and torso remained black wool. 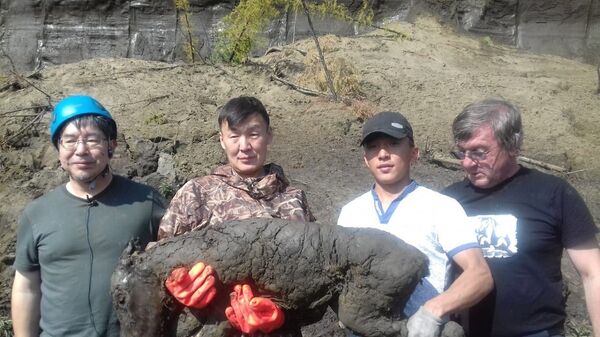 Most striking is that of the vessels of the heart, scientists were able to extract samples of liquid blood. They hope to determine viable cells, which could be used for the sequencing of the genome and the cloning of extinct species.

Whether a wolf, or dog

In the Yakut multi-year permafrost discovered three mummies of prehistoric dogs. Two discoveries made in 2011 and 2015 on the Riverwalk Salah near the village Tumat. It is puppies of the same litter who have lived more than three months and died most likely in a landslide. The animals had lain in the frozen ground 12 and a half thousand years old and perfectly preserved. One even managed to extract almost intact brain. Through MRI, the scientists saw the diencephalon, the cerebellum and the pituitary gland. 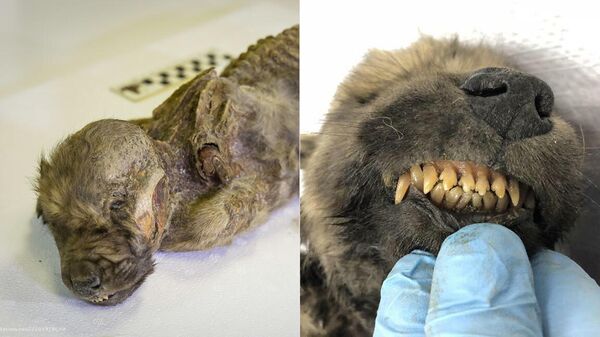 In 2018 in Abyysky district of Yakutia, local residents found downed in whom the earth, the body of the puppy, which is about 18 thousand years. It has survived not only hair and mustache, and even eyelash. Approximate age at the time of his death less than two months.

The researchers were not able by its appearance to determine what was a prehistoric puppy — a wolf or a dog. Initial genome study, conducted by researchers of the Swedish Center of paleontology, also did not answer this question.