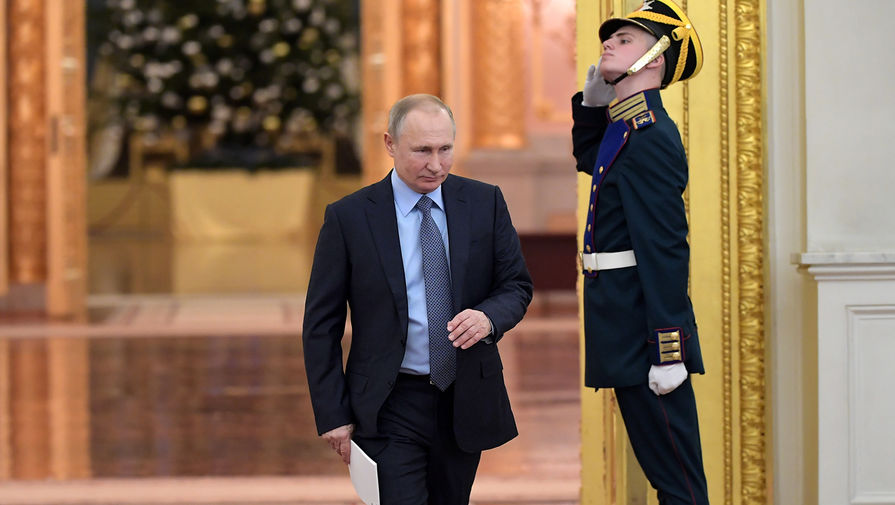 Russia under Vladimir Putin was able to recover a significant part of the influence lost after the collapse of the Soviet Union, writes Bloomberg. In addition, the Russian President was able to increase its geopolitical influence at a modest budget — especially compared to the United States. Finally, Russia has become the main force in the middle East, expanding its influence further.

Over 20 years of Vladimir Putin to power, Russia was able to recover a significant portion of influence and power, lost after the collapse of the Soviet Union. About it reports Bloomberg.

The main achievement of the President of the Russian Federation — the ability to increase its geopolitical influence, with a modest budget. The US, for example, spend on defense in two times more money than “Russia for all.”

Moreover, Putin was able to strengthen ties with China, annexed the Crimea (the Peninsula became part of Russia according to the results of a nationwide referendum, the idea was supported by the absolute majority of Crimean voters), made a radical change of the situation in Syria, torn by civil war and terrorist attacks.

The Agency also points among the successes of Putin’s arms sales to Turkey — the country-participant of NATO. Recall that the sale of the Ankara anti-aircraft missile systems s-400 “Triumph” has caused strong negative reaction in Washington even threatened to impose sanctions against an ally.

In addition, Putin was able to “set the tone” the summit “channel four”, held in Paris.

The financial balance of Russia became “one of the healthiest” on the planet, it is also stated in the article. This was achieved through caution of Moscow in matters of money and resources after the conflict in Ukraine, where Western countries and Kiev have imposed sanctions against Russia.

“Russia has again become the main force in the middle East and expanding influence in Africa”, the authors of the publication.

Earlier the first President of Kazakhstan Nursultan Nazarbayev in conversation with RIA “Novosti”, said that twenty years ago began the “Putin era”, but in 1999 no one knew.

“At the dawn of the twenty-first century, the Kremlin came to the new policy, which was nothing like any of its predecessors,” — said the former head of Kazakhstan.

Vladimir Putin became acting Russian President on 31 December 1999. The first Russian President Boris Yeltsin made in the air of national television the sensational statement announcing his resignation. “We are creating a vital precedent of a civilized and voluntary transfer of power from one President of Russia to another, newly-elected”, — commented he.

Putin was appointed Prime Minister in August 1999. In March 2000 he won the presidential election in the first round, with 52.94% of votes (almost 40 million). Popularity is gained due to personal activity and strong position about the Second Chechen war.

Two decades later, Putin said that he was thinking about his successor as head of state, since 2000. In this he admitted in an interview with the British edition of the Financial Times. The President will determine the Russian citizens in General democratic elections, he said. Earlier Putin, whose term expires in 2024, has repeatedly stated that it will not change the Constitution to prolong his stay in power.

In mid-December edition of US News together with the University of Wharton gave Russia the second place among the “most influential” countries.

“When they [those countries] promise something, then at least someone in the world exactly believe that this will be executed”, — the authors of the study.

The list of countries was compiled on the basis of five characteristics: the figure of the head of state, activity in international alliances, economic, political and military potential.

Russia, as already mentioned, in second place with a very strong and professional army. The publication indicates the size of the country — the largest in the world, and also notes the “mostly authoritarian” nature of governance for most of its more than thousand-year history. First place went to the USA. Among the “best countries” Russia has occupied 24 place.

In mid-October, the Russian leader Vladimir Putin reacted with humour on raising Russia’s position in Doing Business rating, where it ranked 28th. Before 28th place in the rating was occupied by Mauritius.

“You behave immodestly. You from the 28th place in the ranking of Doing Business has moved to 13, and Russia with 31 just 28, we took your place”, — Putin said. The joke came from the lips of the President at the summit Russia — Africa.

It is clarified that the rankings of the world Bank took into account three Russian reforms: accelerate the connection of enterprises to electricity, protecting investors and streamlining the tax conditions due to the reduction of terms of return of value added tax.