Incredibly difficult to cope with the loss of the death of someone we love. Over time, the pain and bitterness turn into melancholy, which appears every time something or someone reminds us of that man. Nicole Antonia (Antonia Nicol), a firefighter from London, told a story about his late mother on Twitter. Its publication became viral, gathering almost 40 thousand retweets and 132 thousands of likes.

“Before his death, my mother gave dad specific instructions to water the flowers in the bathroom. He strictly followed the instructions and poured incessantly. They began to look so cool that dad wanted to move them to the new house. And found that they are plastic! Direct hear mom giggling”. 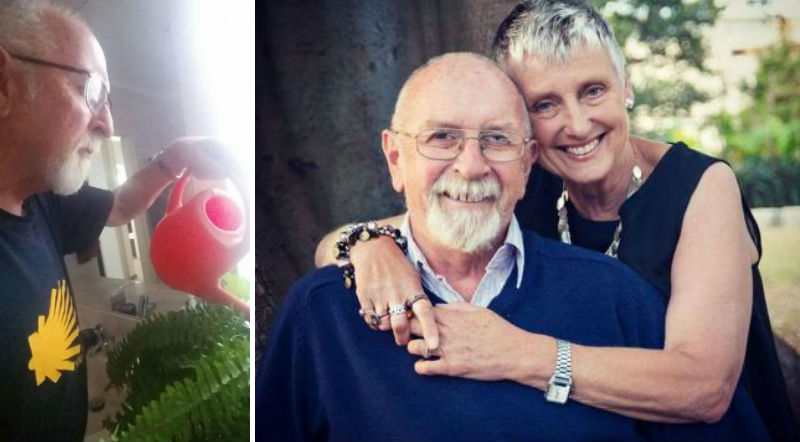 Before my mum passed away, she gave my dad strict instructions to water the plants in the bathroom. He's been religiously watering them & keeping them alive. They look so amazing he decided to take them to his new home, only to discover they are plastic! Can hear my mum chuckling pic.twitter.com/N87giD5zKT

Mother Antonia Phaedra Fitton (Fitton Phedre) died at the age of 69: “She fought cancer for five years but still died in November 2013. Parents lived in South Africa and I’m in London. For our family it was a very difficult time.” Anthony’s parents met when they were 16 years old and all life was there, even worked together. For them, the diagnosis was a tragedy, not allowing them to hold with each other the last years of his life.

“When dad realized that they’re not even real, and five years later, it was so funny. We seem to feel that she is with us again”.

@dannywallace my dad has loved this story being on here so much, he's reenacted watering the ferns ??? pic.twitter.com/1NJpoYbpY8

When to publish Antonia reacted to such a huge number of people, she shared another picture of his father, which he pours, as it turned out, the plastic flower.

“The reaction to my story is just incredible. My dad was amazed as I am how many people are interested. So nice that my friends and family back talking about mom, remember her. Mom would have loved this”.