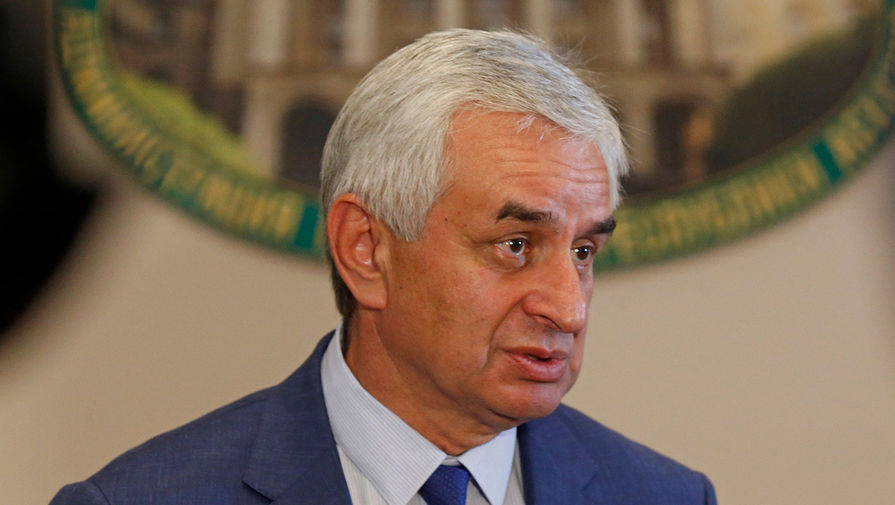 Abkhaz leader Raul Khajimba voluntarily resigned to preserve stability in the country. It happened about half an hour later after Sukhum arrived the assistant of Vladimir Putin, Vladislav Surkov. Three days earlier the opposition stormed the building of administration of the head of the Republic, demanding to annul the results of the September elections, which were won by Khajimba.

The head of Abkhazia Raul khadjimba decided to voluntarily resign. His statement was read to the audience at state house the President, former Prime Minister of the Republic Sergey Shamba.

“I inform you that I am resigning the presidency in the name of preserving stability in the country”, — he quoted the message Khajimba.

Hundreds of opposition supporters who gathered on Sunday, January 12, at the government residence of the leader of the Republic, greeted the words of Shamba whistles, applause, and was shot into the air, then began to disperse, reports TASS.

Information about the resignation of the Abkhazian President also confirmed in comments to the Agency Vice-President of the Republic Aslan Bartsits. “In order not to shed blood in order to preserve some sort of stability in the country, he signed a document of resignation”, — he said.

The confirmation message gave, and the speaker of the Abkhazian Parliament Valery kvarchia. “Yes, now leave the post. In my name as the speaker of Parliament wrote. Until tomorrow anything that is not cleared up, cleared up, I think. The question of who will perform the [duties of the head of state], has not been fully resolved. Now, perhaps the Prime Minister. But it is a question of negotiations”, — noted MP in conversation with TASS.

Later on the official website of the President reported that he had sent to Parliament a letter of resignation.

Bartsits praised the actions Khajimba as the only correct one. According to him, the President of Abkhazia took the decision to resign voluntarily “in order that at this time people encountered and there were no victims”.

With regard to his appointment as Vice-President of the Republic to the position of acting head of state Aslan Bartsits said that he can’t occupy this post.

“I can’t perform the duties for the reason that the court took this decision (overturned the decision of the CEC on the outcome of the presidential elections), I have never been Vice President. I can’t be acting President is likely to be the Prime Minister, in accordance with the Constitution,” he said in comments to Russian news Agency.

He Abkhaz Prime Minister Valery Bganba has not decided whether he is ready to perform the duties of the President until election of a new President.

But if the Premier refuses — the speaker. I have not yet decided whether it will agree”, — he said.

The resignation Khajimba will be considered by Parliament on Monday, January 13.

Earlier the Central electoral Commission of Abkhazia has appointed repeated elections of the President of the Republic on 22 March. Re they are called legally, they can also participate in new candidates. The CEC will have to hold elections again after on Friday the Supreme court of Abkhazia has cancelled the results of the presidential election held in September last year, as demanded by protesters.

The head of Abkhazia Raul Khajimba has decided to resign after one and a half hours after the arrival in Sukhumi of the Russian presidential aide Vladislav Surkov. That Russian official arrived in Abkhazia, Bartsits said in comments to RIA “Novosti”. “Vladislav Surkov had arrived in order to resolve the situation”, — said the politician.

As noted by the leader of the Abkhazian opposition Aslan Bzhania, thanks to the assistance of the Deputy Secretary of the Russian security Council Rashid Nurgaliyev and Vladislav Surkov was in Abkhazia overcome the political crisis.

All these events happened after Thursday, January 9, at about 13.00 Moscow time, the protesters tried to storm the building of the administration of the President. Disgruntled members of the opposition broke down the door and the window, then made his way into the building, where they resisted the security forces. Local authorities have described the protests as a coup attempt.

Residents of Abkhazia have staged protests at the administrative building, because of dissatisfaction with the outcome of the September elections of the President of the Republic. Then with the minimum overweight has won Raul Khajimba. His main opponent in the political struggle was the opposition leader ulhas Kvitsinia. It is the outcome of the vote scored 46,19%. The protesters demanded from the authorities to re-conduct the elections of the President, annulling the victory for Khajimba.

At the same time the Parliament called at that time the President of the Republic to resign, but he refused. Nevertheless, he agreed to talks with the opposition.