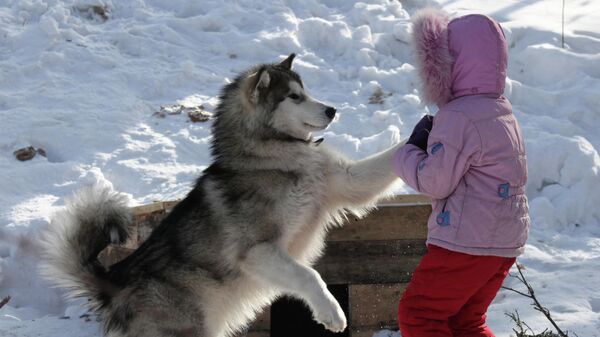 Tatiana Pichugina. American biologists have a formula for translating a dog’s age in human. They used the “epigenetic clock”, with great precision, showing how much the body years. These studies bring us closer to understanding the ageing process and prevent age-related diseases.

How old is man’s best friend

According to modern concepts, the aging process is associated with chemical changes in the DNA. A small section of this molecule joined by a group of atoms of carbon and hydrogen, — CH3 (methyl group). They change the activity of genes at different stages of development, starting with embryonic. When the genetic sequence of the DNA molecule remains the same.

The attachment of methyl groups, called methylation. The failure of this mechanism leads to diseases peculiar to older people — in particular, cardiovascular. In the parameters of methylation is possible to accurately calculate the true biological age of the organism. It was shown in man and other mammals, including dogs.

People and dogs were divided many millions of years ago, in the early evolution of mammals. Nevertheless, they have a lot in common — for example, the stages of development of organism, physiological and pathological features. Being domesticated, dogs share the human living conditions. This makes them a good object for studying such a complex phenomenon like aging.

Dogs and humans age at different rates: we live to be a hundred years old, they complete their life cycles in twenty. U.S. scientists decided to find outwhether it is possible to synchronize the biological age of these two species. Analysed the genomes of 104 Labrador retrievers aged from one to sixteen years and found the place where the attached methyl group (a sequence of two bases, cytosine and guanine, with phosphate in between the CpG dinucleotide) in the same DNA regions that people. Your dataset is compared with the published figures, 320 people aged one to 103 years. It was discovered more than 54 thousand hits in both species.

Best markers coincided in young dogs and people, worse when comparing individuals from different age categories. There are probably very conservative areas of the CpG dinucleotide, changing with the development in people and in dogs. As a result, scientists have deduced the formula which can be used to translate a dog’s age in human: take the natural logarithm of the number of dog years, multiply by 16 and add 31.

To calculate, you can use any online calculator. For example, a dog aged four years on the human scale must be considered a 53-year-old and dog for 11-year life of 67-year-old man. 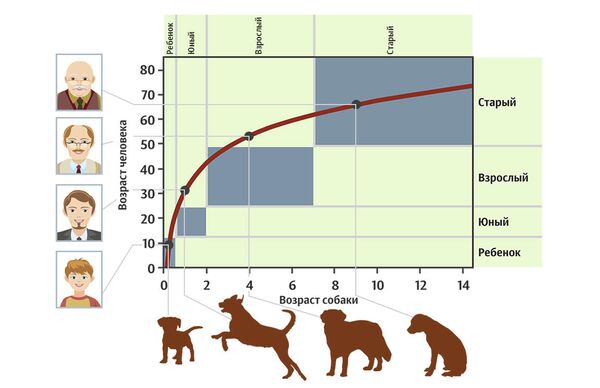 The idea is to calculate the biological age of a person by DNA methylation belongs to the bioinformatics of German origin Steve Horvath. His method is called “epigenetic clock”, indicating that independent of the genome factors of aging (“EPI” in Greek-“on”).

Horvath began his research in 2006, as a staff member of the University of California, USA. At that time he was looking for the biomarkers of aging to data on how genetic information is transferred from DNA to RNA (transcription). But nothing worked.

In 2011, Horvath analyzed the methylation of DNA taken from the saliva of 68 adults, looking for some common patterns that indicate sexual orientation. Again finding nothing, he decided to predict using this data age. Developed a very successful model who was looking for only two sections of the CpG dinucleotide present in every cell of the saliva sample. The coincidence in age of the participants reached 85 percent. It was desired biomarkers of aging.

The Croat managed to establish a set of markers in various blood cells and brain. A year later he developed analysis algorithm for 16 etilirovannym sites in the genome, which is well correlated with the chronological age of a person. And worked on the tissue cells of the nine bodies. Error was three years for samples of blood and 18 months to scrape his cheeks. Article of the scientist in Genome Biology in 2013 opened a whole direction of research.

Now developed many times more accurate epigenetic clock and for different tasks. For example, they are used to calculate the speed of aging of the tissues under the influence of harmful factors such as Smoking, alcohol, diseases. Recently, a group of Croat showed experimentally that epigenetic aging in certain circumstances it is possible to slow down.

The new hotel opened on the "palm" island of Dubai

In Belgium have discovered a wall of human skulls and bones

Found a way to protect the Earth from asteroid Apocalypse